So you’ve shot some cool new 360 degree photos. How do you share them so other people can see them? Here are some places to start. 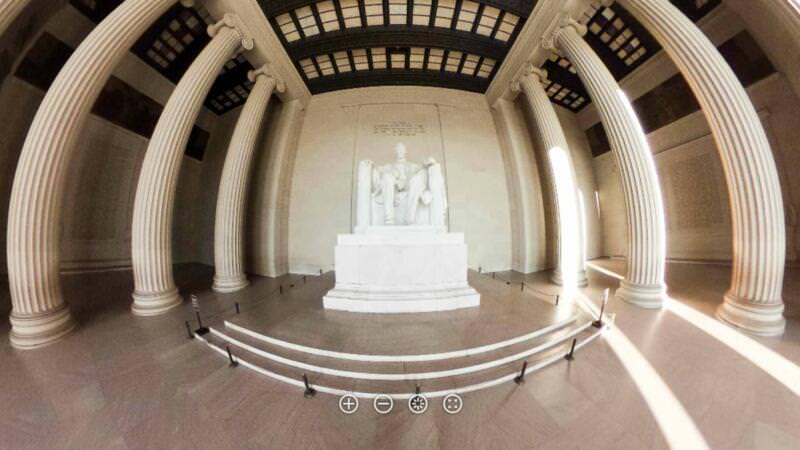 There are more and more cameras coming on the market, like the popular Ricoh Theta S and the new Nikon KeyMission 360, that you can use to shoot 360 photos and videos quickly and inexpensively. Sometimes known as spherical panoramas, virtual tours, or 360×180 images, the photos that these cameras produce give a fun virtual reality-like interactive experience to the image, where the user can spin around, look up or down, zoom in, and control where to look.

But sharing these 360-degree panoramas isn’t as simple as emailing it someone as an email attachment or posting in a webpage. If you try doing that, you’ll end up with a flat, distorted rectangular image like this: 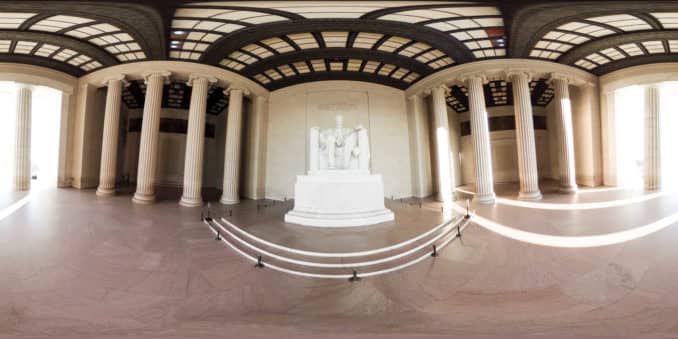 To make it interactive aspect requires special software. But more social media sites and services are starting to support 360-degree photos and videos, and that will likely increase as virtual reality headsets and applications become more popular. So I’ve put together some of the best ways to share 360 photos.

There are also some services for sharing 360 imagery that are device specific, such as 360fly and the Samsung Gear 360.

Facebook is investing heavily in VR technology, and it has supported 360 photos and video for a while now. It’s one of the simplest and most widely used ways to share 360 photos so long as you want to your viewers to visit the Facebook website to see it (they don’t work with the Facebook mobile apps).

How to Upload. Basically, you upload your 360 photo just like you would any other photo. You can then choose the starting point that viewers first see–rotation only, not zoom.

Published Version. When published, it will show up on your own timeline as well as in others’ news feeds.

Embedding in Other Websites. Unfortunately, while you can embed Facebook 360 videos in other websites, you can’t do the same with 360 photos–it just comes out as a static, flat thumbnail.

Tips. The uploader should detect that it’s a 360-degree photo automatically. If it doesn’t, there are two things to check. One is that the image hasn’t been cropped or its aspect ratio changed–it should be a 2:1 aspect ratio–that is, exactly twice as wide as it is tall. The second thing to check is that you haven’t stripped away the metadata. If you’re uploading directly from your phone or camera, this shouldn’t be an issue. But if you’re exporting an edited image from something like Lightroom, make sure you leave the option on to preserve metadata. Facebook looks for the camera make field to identify a known 360-degree camera, and if it doesn’t find it, it assumes it’s a regular flat image. If that information is missing, it’s possible to add it manually (ie. inject the metadata).

Kuula is a relatively new site that’s designed specifically for sharing 360-degree panoramas. It’s also one of the slickest and simplest options.

It’s not fussy about metadata being present, and it’ll work with an equirectangular 2:1 image shot with any camera. You can set the home position and apply photo filters to change the look. You can even generate a tiny planet view if you like.

Once you’ve uploaded your spherical panorama, as either a JPG or PNG file, you have the option of viewing it on the Kuula site, sharing on social media, or generating the code to embed on other websites. In a nice touch, it’s also a good option for displaying 360-degree photos on Twitter. And in another nice touch, if you view the panos on the Kuula site with a smartphone, it will take you to a special version that can take advantage of the phone’s motion sensors so that you can navigate the panorama by moving the phone. You can open this link on a mobile device to test it out.

This is the service created by Ricoh to support their Theta range of cameras. It’s pretty basic, but it works.

And while it’s designed for Ricoh cameras, you can post panoramas that weren’t shot with the Rich Theta S or Ricoh Theta SC. They just have to be equirectangular 2:1 panoramic images, and it doesn’t matter whether you’ve stripped the metadata or not. The result is a simple and quick way to share 360 photos, although you have fairly limited control over them.

Theta360.com is a web service, but you can’t upload images directly through a web browser. Instead, you have to use one of these two methods:

Embedding in Other Websites. Once you’ve uploaded it to the Theta360.com service you can view it at that site or embed it in your own site. When you embed it, you get a branded Theta watermark that isn’t removable. Like this:

360cities.net specializes in 360 photos. It allows for selling and licensing images as well as various options for embedding the panoramas in other websites.

If you’re looking for a way to share 360 photos commercially, whether selling the images themselves or flexible options for embedding them in client websites, they most likely have you covered. Many of the features require a subscription fee, but the free account is suitable for non-commercial use. If you’re looking for ways to simply share your own panos, there are other good options that are less restrictive.

I’d embed an example of what the published panorama looks like here, but they have unusually restrictive terms, even for embedding your own images, and it’s just not worth it. You can find more information on their sharing options and licenses here.

It’s free, but it’s also lacking some basic functionality for the moment, like generating code to embed the panorama in other sites. It does have some social media sharing options, though, including Medium. For now, it’s pretty basic, but it’ll be interesting to see how development progresses.

If you have a blog on Wordpress.com (as distinct from your own Wordpress site from Wordpress.org on your own server), they’ve recently announced they’re rolling out support for embedding 360° photos and videos with a simple shortcode. You can find detailed instructions here.

Sounds like it will be incorporated into the Jetpack module for self-hosted Wordpress sites in coming weeks.

Some of these methods, such as the Theta360 service, allow you to embed the 360 photos on your own website and include the code necessary to make them interactive. Others, like Facebook, don’t.

But you can also do it without third-party services. This isn’t the simplest option, but it does give you the most control.

There are several ways to do it, and it’s generally not as simple as just uploading an equirectangular image. Typically there are two parts to the process. The first is preppaing the files in something like Pano2VR. Then you’ll need some kind of javascript/HTML5 on your website for the actual display. Older versions often used Flash (since rebranded as Adobe Animate CC), but that’s become much less popular and isn’t as widely compatible as it once was, so I don’t recommend any that use Flash as anything more than a fallback. I’d recommend using javascript/HTML5 options when possible.

This, for example, is self-hosted, with the panorama prepped in Pano2VR and displayed with PanoPress:

Wordpress Plugins. If you’re using Wordpress there are some plugins that put the code in a neat package and make it easy to install and work with. The one I like and use is PanoPress. It’s free, stable, and reliable. WP Photo Sphere is another popular option. And if you’re editing your panoramas with Pano2VR, they have their own Wordpress plugin that lets you upload the ggpkg bundles that that app creates and then provides the code to display them.

If you’re trying to share something that’s very location-specific–as opposed to a family photo, for instance–this option ads the panoramas as street views on Google Maps. You can submit the images using the Street View mobile app, but there’s currently no way to upload from a desktop. You can find detailed instructions here.

Other Options and Not Options

One of the pioneers in sharing 360-degree photos of locations, Panoramio has been retired as of November 2016.

Does support 360 videos but not 360 photos. You can convert your panorama to a video file with animation and then upload that, but it’s not interactive.

Doesn’t currently support 360 photos or videos, but it sounds like they’re working on it. There are apps that can take a 360 photo, add animation, and then upload as a video file, but that’s not interactive.