What is a Camera’s Focal Plane Mark?

Wondering what that odd, tiny mark you often see on the top of cameras is? It’s shown as a circle with a line through it. It’s the focal plane mark. Here’s what it’s used for. 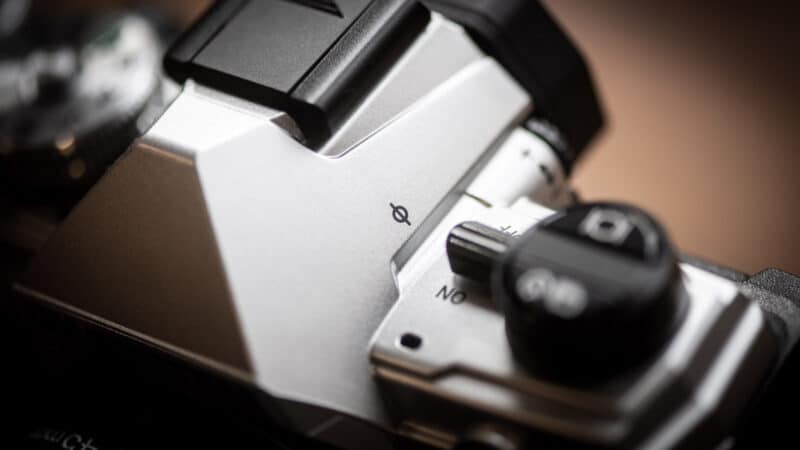 Wondering what that odd, tiny mark you often see on the top of cameras is? It’s shown as a circle with a line through it. You can see an example in the photo I’ve included at the top of this post. You won’t find it on every camera model, but it’s included on surprisingly many. And it has been around for decades.

It shows precisely where the image sensor (or film frame) is inside the camera (because, obviously, you can’t see that directly from the outside).

Situations Where the Focal Plane Mark is Useful

Most photographers can and do ignore it most of the time. But there are times when the focal plane mark can be very useful.

The most obvious is when you need very precise or repeatable focusing distances and need to break out a measuring tape. Macro photography is a common example, but it’s also helpful when you need a series of shots taken from a consistent distance and perspective.

Another situation where I find it very useful is when setting up a camera on a specialized panorama tripod for spherical panorama shots. Specialized tripod heads like those offset the mount point to the camera so that it rotates around the focal plane. That greatly reduces the perspective change from shot to shot and makes it much easier to align images when stitching.