How to Unlock an SD Card that’s Write Protected

If your camera is showing an error that the SD card is write protected or locked, there’s usually a very simple solution. Here’s how. 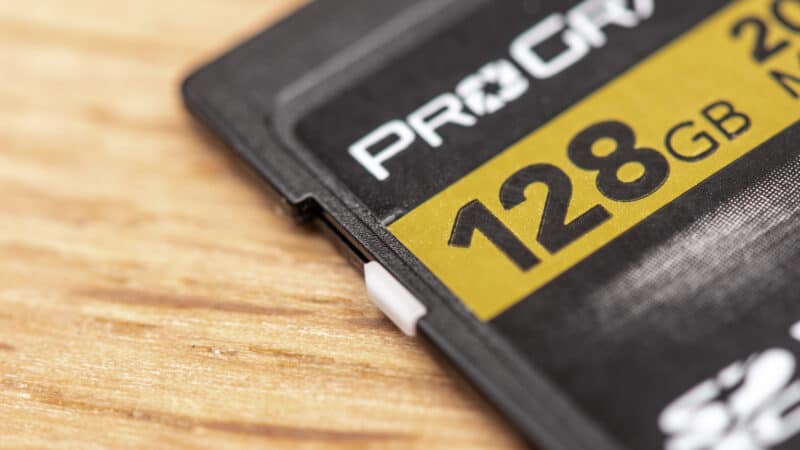 If your camera is showing an error that the SD card is write protected or locked, there’s usually a very simple fix.

TL;DR: How to Unlock a Write Protected SD Card

SD cards have a switch lock on them. When it’s engaged, you won’t be able to modify or delete the contents of the card. And when you insert the card you’ll probably get an error message from your camera saying something along the lines that it can’t write to the SD card or that the SD card is locked. More than once I’ve been traveling with people who have been thrown into a minor panic when they realize that they won’t be able to take any more photos of their trip. Thankfully, it’s often quick and easy to solve. 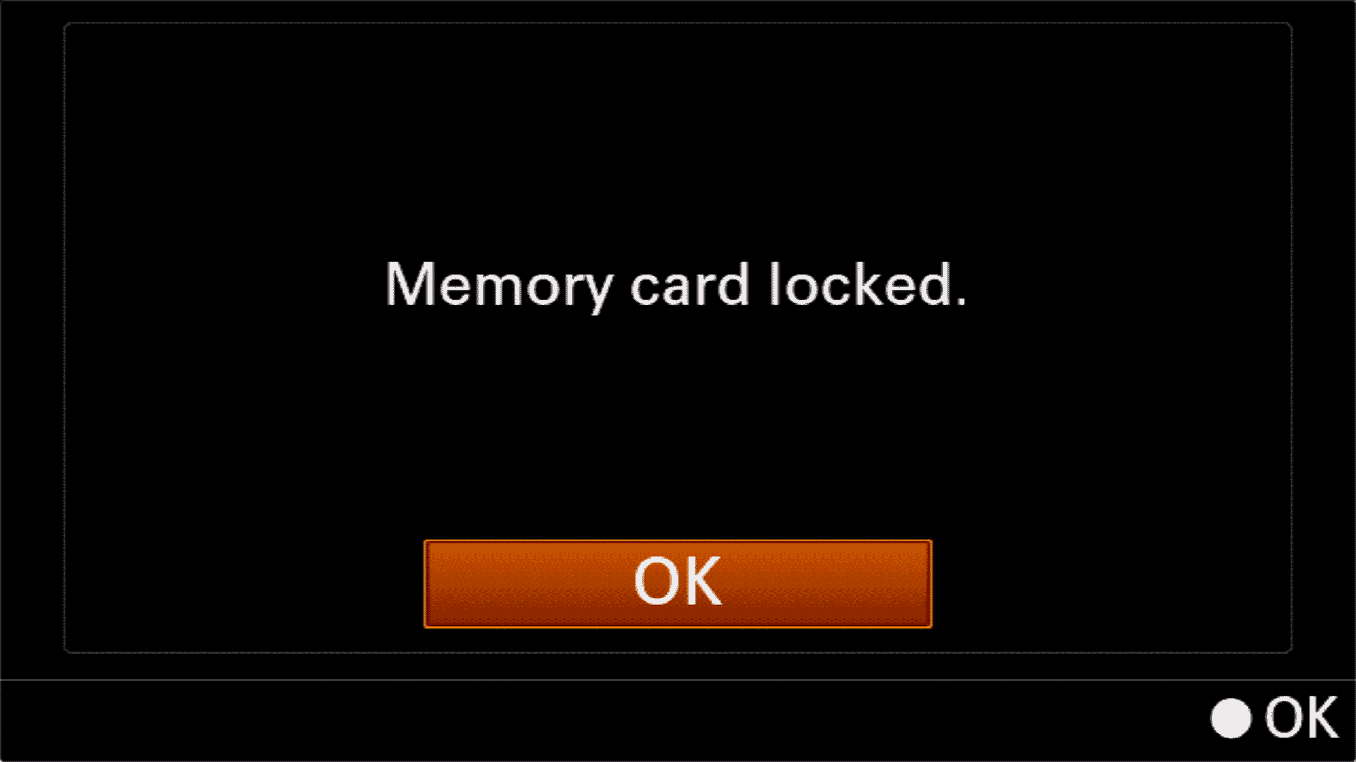 It’s not always obvious and is easy to overlook, but many SD cards have a tiny switch lock on the side. It’s there in case you want to prevent data from being written onto the card or accidentally deletion of images or videos. Unlike some types of file protection, this one locks the entire card–it’s not doing it on an individual file or folder basis. Many users will never intentionally use the lock, bbt it’s surprisingly easy to unintentionally use it just in normal handling of the card, such as removing the card from the camera or inserting it into the slot. A little knock or nudge can engage it.

If you run into the problem of a write protected SD card, look for the small sliding switch on the side. If that has inadvertently been moved down towards the bottom of the card, it will lock the card. This is what it looks like when it’s locked:

To unlock the card, slide that switch up all the way towards the top of the card–that is, the end with the corner notch. This is what it looks like when the SD card is unlocked:

The switch isn’t complicated or sophisticated and relies on friction to stay in place. But it’s quite possible for it to loosen so that it switches from unlocked to locked too easily when you’re insert the SD card into your camera or card reader. If you’re finding that happening often, it’s probably time to look at replacing the card. In that case, you can, of course, just buy a new one. But it’s also worth investigating whether the manufacturer will cover it under warranty–many SD cards come with warranties of several years or maybe even the product’s lifetime–and it’s possible they might consider it a covered issue.

The larger SD cards have the write protection switch. MicroSD cards don’t have it.

But there is a case where you can run into this same issue with the switch. If you’re using a microSD to SD adapter cartridge, those also have a write protection switch. They work the same way as on a full-sized SD card.

If That Doesn’t Work

If the locking switch isn’t the culprit, there are some other ways that the data on SD cards can be locked. They’re much less likely to happen by accident, but it’s still possible.

One thing to check is whether your camera has locked the image or images as read-only. It’s a safety precaution that some cameras have that safeguards specific images from deletion. Most cameras will only let you do this by selecting files individually rather than as a blanket setting. The process for unprotecting images varies by camera, but look for some kind of “protected images” option or folder. Some cameras will also make a distinction between deleting an SD card (which might wipe everything except protected images) and formatting (which will wipe all data on the card).

As a technical matter, it is possible to write protect the data on SD cards in other ways, but that’s not something that is easy to do accidentally or that you’re likely to run into in day-to-day use when using the card in a camera. Like other computer storage, you can use a computer to change file permissions or lock the files or folders to make them read-only, but that’s something you’ll have to proactively do–it’s not something that’s likely to happen by accident. If you’re running in to this issue, here’s a pretty comprehensive rundown of various scripts, commands, and software tools that can help.

How to Unlock an SD Card that’s Write Protected