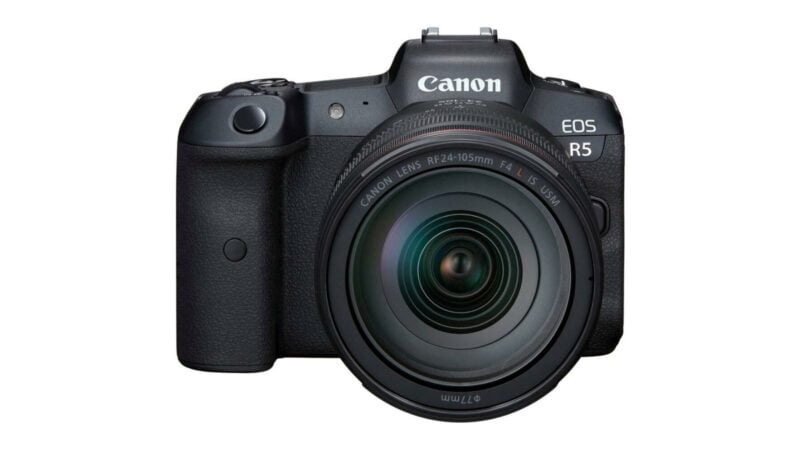 This page refers to the Canon EOS R5. Canon has more recently released the EOS R5 C. The C stands for Cinema, and the R5 C builds on the same hardware as the R5 but has enhanced video capabilities, including 8K60, 12-bit Cinema RAW Light, and XF-AVC, as well as built-in cooling to allow non-stop recording in all shooting modes.

It also really shines with its video features and capabilities. With up to 8K30 video and a range of compression (and RAW) output options, it’s packed with features that video shooters will appreciate.

Underpinning the quality is high-bitrate video output. 1 This also has a direct impact on which memory cards you might choose to use with the EOS R5.

So here are video bitrate tables for various video shooting setting combinations on the R5. It also shows what resolution/framerate/compression options are available. 2

UHD stands for Ultra High Definition and is a standard used in consumer television and online video content. Its aspect ratios are slightly squarer than DCI. On the EOS R5, 4K UHD measures 3840×2160 and 8K UHD measures 7680×4320.

The EOS R5 has much higher video capabilities than the R6. For comparison, I’ve posted the EOS R6 video bitrates separately.