These tables show the video bitrates that the Canon EOS R6 encodes video at with the different combinations of settings. 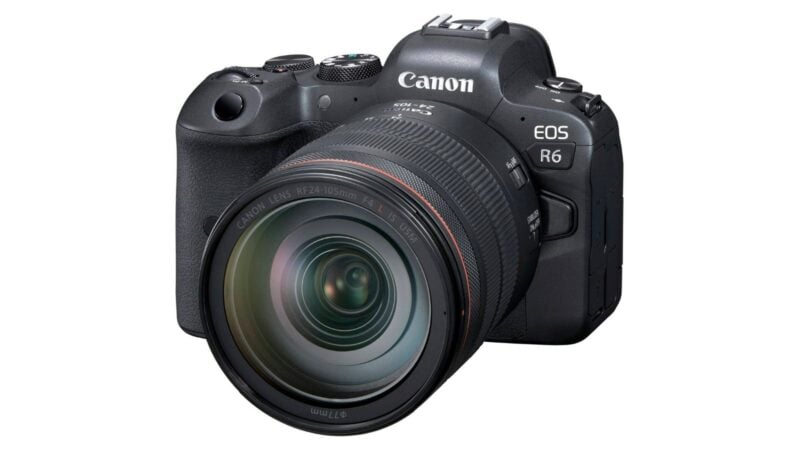 While the Canon EOS R6 is not the highest model in Canon’s mirrorless camera lineup, it has some surprisingly good video capabilities. And it’s not just about bells and whistles–it’s built on some solid video bitrates.

They’re not the highest available, and they pale in comparison compared with some of the high-end 8K and RAW options available on the R5. But they’re still impressive for a camera at this price point and mix of features.

The high-bitrate video recording is really the mode that is most challenging for the memory cards to handle. Using SD cards that are too slow can limit the camera’s features that you can use. Specifically, a card that can’t keep up with the high-bitrate recording modes can cause camera lockups, dropped frames, stopped recordings, and other unexpected behaviors.

This is why it’s important to get fast SD cards for the R6, and I’ve put together a separate post on Canon R6 memory card recommendations.

This first table is with Canon Log setting OFF and HDR PQ setting OFF.

This second table is with Canon Log setting ON and HDR PQ setting ON.

There are some things worth noting about this data: