Hands On with the InCase DSLR Pro Pack

The InCase DSLR Pro Pack is a backpack-style camera bag to fit a laptop, tablet, and your camera gear and is best suited to urban-style travel or commuting. 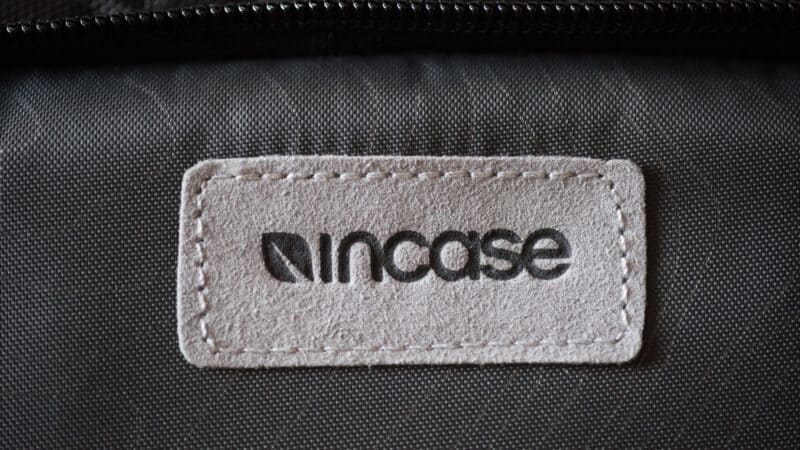 I know InCase mainly from their cases and sleeves for laptops and tablets. But since I last took any notice–which admittedly was some time ago–they’ve branched out into other kinds of packs and luggage.

A few of their offerings are aimed at photographers on the go, including the InCase DSLR Pro Pack. The folks at InCase recently sent me one to try out.

The InCase DSLR Pro Pack is a backpack-style camera case with a laptop compartment. Overall, it’s relatively long and thin.

The main camera storage area is accessed with a back panel that zips open when you lie the pack flat. There’s a quick-access zipper that you open from the top of the main camera gear compartment.

It’s rated to carry a laptop up to 15″, although at least some 17″ laptops should also fit. Unlike many other backpacks that have their laptop compartments against your back when you’re carrying it, the padded laptop insert in this one is on the outside when you’re carrying it. There’s room also for a tablet.

This isn’t a sling pack, and there’s no way to access the camera gear compartment while you’re carrying it on your back (at least, not without some awkward reaching behind your head to the quick-access panel on top).

There are tripod straps on the side.

This isn’t the largest and roomiest camera pack available, but it does fit a reasonable amount of gear. You can easily fit a couple of camera bodies, flashes, and several lenses, depending on how you configure the internal space’s dividers.

As usual, the internal compartments are fully customizable with removable padded inserts.

Being slimmer than some of its competitors helps with comfort and handling, but it also means that long telephoto lenses (or any other lens longer than about 7 inches) will have to go in vertically.

It feels well put together. The zips are good quality, and I haven’t run into any issues with them getting caught. The zip pulls are rope with rubber grips. 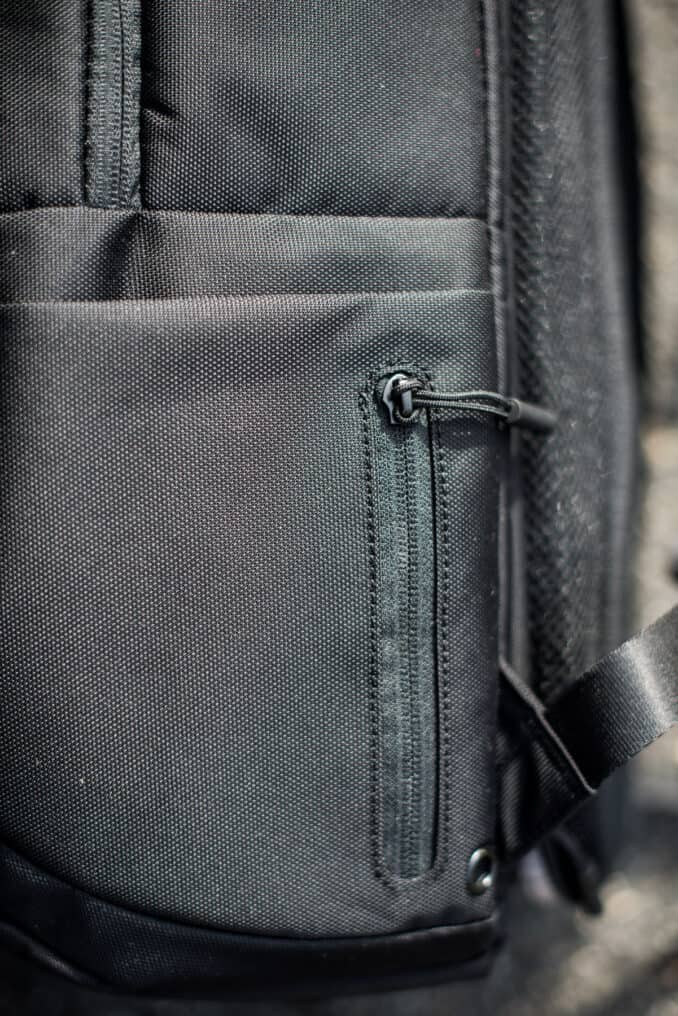 I generally prefer taller, thinner packs rather than wider, squatter ones. I find they’re more comfortable to wear and provide more freedom of movement if you’re climbing or hiking. And because this one has the laptop compartment on the outside, it means that the heavy camera gear is closer to your back. That helps with comfort and stability.

There are two adjustable shoulder straps. They’re reasonably well padded–not to the extent of a high-end hiking pack but better than many of the economy-end camera packs. And they’re attached at the top in a very solid way, so having the strap pull away from the body of the pack isn’t a problem. You can connect the two shoulder straps with a chest stabilizer strap that goes across.

One thing that’s missing, though, is a waist stabilizer strap. That means all the weight will be on your shoulders, not on your hips, and it’s going to move around laterally if you’re heading over rough terrain.

The back panel is padded and lined with mesh, but it provides only limited airflow, and a full-laden pack with gear in it isn’t especially comfortable to carry for long periods of time.

The outer dimensions of this pack are 20 x 12 x 9 inches, which is within most current airline carry-on size. It’s not going to fit easily under many economy-class seats, but will fit in the overhead locker of the larger planes. And because of its minimalist exterior, there aren’t many straps or loops to catch on other people’s luggage.

There’s no handle on the side, though, unfortunately, which would make it easier to take in and out of overhead lockers, and the shoulder straps don’t pack away.

As always, though, size is only part of the issue, and it’s very easy to pack even a modest amount of gear in here that will take it over the carry-on weight limits of some airlines.

This is a well-made camera pack that is a good option for general urban travel or commuting. It’s easy to haul around and holds a reasonable amount of gear, along with a laptop, tablet, and other smaller accessories. And with clean lines on the exterior, there’s not much to catch on other things as you put it in and out of overhead lockers or walk down the aisle of a train.

It’s not really designed for heading into the wilderness, and if you’re heading off on safari, there are better options. It doesn’t have very robust measures to deal with weather, and its comfort and fit aren’t designed for climbing or real hiking. And there are no external pockets or straps to store things like water bottles or attach carabiner clips. And aside from camera gear and laptops, there’s limited space to store the other things you’d need off the beaten track like weather gear or emergency supplies (although there is some room for that).

But if you’re looking for a clean, well-made option for a medium amount of camera gear, a laptop, and tablet, and fits in airline carry-on, it’s well worth a look.

The InCase DSLR Pro Pack is available at B&H Photo with an MSRP of $149.

1 thought on “Hands On with the InCase DSLR Pro Pack”

Hands On with the InCase DSLR Pro Pack