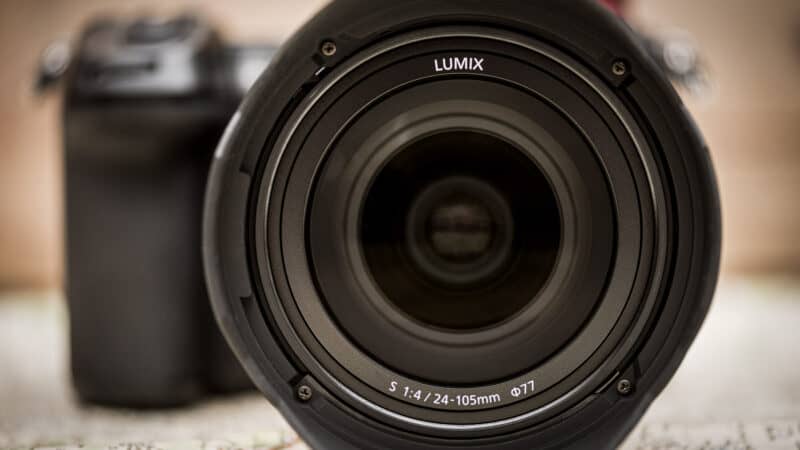 Panasonic has recently launched their new full-frame mirrorless cameras, and I’ve been lucky enough to be out shooting with the Lumix S1. I’ve been using it with the Lumix S 24-105mm ƒ/4 with it, the lens that’s offered as a bundle with the camera body.

This is a new lens with the L mount system, which has been developed by Leica, Lumix, and Sigma. It’s an autofocus lens with built-in optical image stabilization. And it has a highly versatile zoom range of 24mm to 105mm, which makes it suitable for a wide variety of shooting, from contextual travel photography, landscape photography, or photojournalism to portraiture. (I’ve previously posted some practical examples of this lens’s zoom range here. 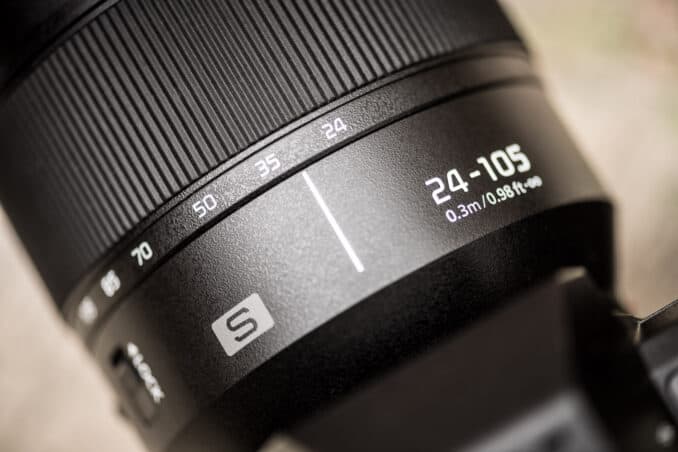 It’s also well-suited to macro photography and has a maximum magnification ratio of 1:2 and a minimum focusing distance of just under 12 inches (30 cm).

With a nine-blade rounded diaphragm design, the bokeh highlights are round and quite soft. Something else that lends itself to the rigors of travel photography is that it’s ruggedized against water splashes, dust, and freezing.

It’s not a small lens–especially compared with lenses on other mirrorless cameras (and even more so with cameras with smaller sensors).

But it’s also beautifully constructed. It all feels solid in hand, and there’s no extra give in the dials or switches on the lens. It’s a telescoping zoom–meaning that the front section of the lens extends away from the camera–which naturally introduces some resistance when zooming. But the zoom and focus dials are both very smooth and true.

It’s a straightforward lens to shoot with, and I haven’t come across many quirks to work around. In general, there’s no problem pointing it at bright light sources, although if you get the angle just so, with the light source just out of the frame, you can end up with some odd streaked flaring. Aside from that, the controls are self-explanatory, and the zoom and focus dials are smooth and true.

The image quality you get with this lens is excellent. I’ve posted a few shots taken with it below, and many more here. Something worth noting, though, is that what you see in the resulting images out of the camera isn’t just the product of raw analog optics. The camera draws on a built-in lens profile that digitally corrects issues like lens vignetting, barrel distortion, or chromatic aberration and applies fixes in-camera. For JPGs, the corrections are applied when rendering the image. For RAW files, the profile is embedded within the RAW file and then applied automatically when you open the image in something like Lightroom. They’re also applied to the thumbnail preview that’s embedded within the RAW file.1

So the embedded profile corrections are masking any optical flaws the glass might have. But it also means that these same optical flaws basically become a non-issue in terms of the images the lens (and camera) produces because the analog optics and the digital corrections work in tandem to produce clean images that are mostly free of the typical optical flaws you find with lenses. As a result, I’ve not put together a vignetting panel for this lens, and there’s not much to show in the way of chromatic aberration (purple fringing). And straight lines are very straight–there’s really no barrel distortion to speak of. All of which suits me just fine. I’m personally most interested in looking at the practical results in real-world shooting rather than technical lab tests.

The lens has built-in image stabilization, and I’ve found it to work very well indeed.

Here’s an example of a shot I took hand-held–and not resting the camera on anything–with a shutter speed at 1/5 second. Even with the wide-angle 24mm, that’s much slower than I would normally expect good results at, but as you can see from the full-size version (click on the image to open it), the details are still surprisingly sharp when you look at the main cluster of boats in the foreground, which is where the focus point is). There’s an asterisk here, though, and that is that I also had the camera’s sensor-shift stabilization enabled; how much credit each system gets isn’t possible to tell, but the end result is impressive. 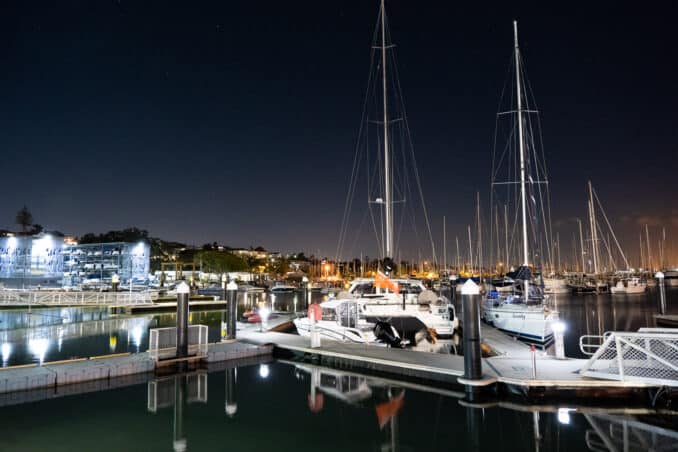 A downside of any optical image stabilization system, of course, is that it drains the camera’s battery, and that’s certainly true here, even with the oversized battery that the Lumix S1 has. But it is very effective, and the battery drain is a price I’ve been willing to pay.

I’ve posted a much more extensive collection of photos taken with the Lumix S 24-105mm f/4 separately, but here’s a smaller set of example shots. You can click on each image to open a full-size version.

After shooting with the Lumix S 24-105mm ƒ/4 for a while, I’m impressed. It’s an easy lens to shoot with, especially for something like travel photography, the optical image stabilization works well, there are very few gotcha flaws that show up in the image quality, and the images are tack sharp. While I have some quibbles with the S1’s autofocus, those are to do with the camera’s detection, not with the lens. And while I’d love for this to be a ƒ/2.8 lens, that’s just asking it to be something it isn’t. But accepting the lens for what it is–a moderately fast but sharp zoom lens with a highly versatile focal length range–I have to say that I think Lumix has nailed it with this one. 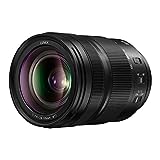 I haven’t come across many used ones for sale, but it’s worth a try at KEH if you’re in the market for a used copy.

Filters. It takes standard 77mm screw-on filters: Polarizer | UV/Haze | ND. Because it’s a telescoping zoom, the front section doesn’t rotate as you zoom in and out, which is useful when using directional filters like polarizers or graduated neutral density filters.

Lens Hood. It comes with a plastic petal-style lens hood. The model number is S-R23105, but those seem to be hard to come by as replacement parts. If you opt for an aftermarket version, be sure to check for lens (or hood) vignetting when zoomed out.

Images and product information from Amazon PA-API were last updated on 2022-07-30 at 07:10. Product prices and availability are accurate as of the date/time indicated and are subject to change. Any price and availability information displayed on Amazon Site at the time of purchase will apply to the purchase of this product.