The Lv Live View toggle has moved for the Nikon D3500. Here’s where to find it. 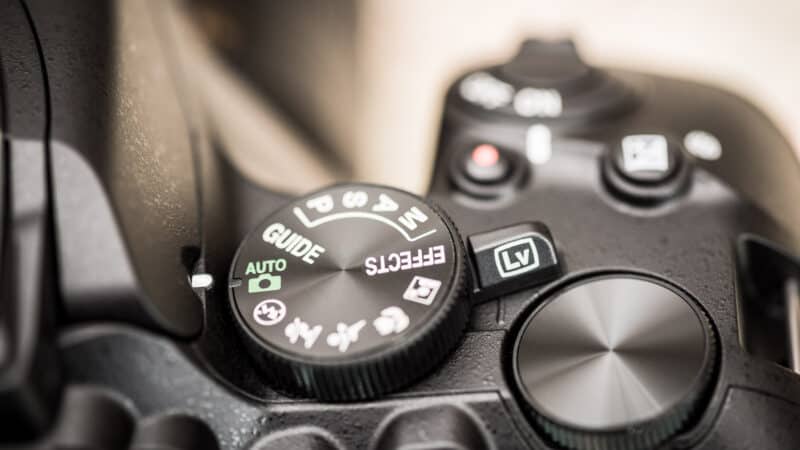 While there are many similarities between the D3400 and its replacement, the D3500, there have also been some changes. Most of them are relatively minor. But that doesn’t mean that they’re necessarily intuitive changes.

One of them involves how to turn on the live view on the back screen. One of the reasons it’s important to know where that is, is to begin video recording on the D3500. You have to put on the live view before you can begin recording.

On the D3400, there’s a prominent Lv button right next to the screen. So it’s hard to miss. But with the new button layout on the D3500, that button has gone.

It has been replaced with a lever on the top of the camera that’s at the base of the shooting mode dial. You can see it in the center of the image at the top of this page. Pull the lever towards you to toggle the switch.

You can see the left in the center of the image at the top of this page.

By default, the Nikon D3500’s Live View will turn off after 10 minutes. You can adjust that down to a minimum of 5 minutes and up to a maximum of 30 minutes. I have detailed instructions on how to do that here.