Sigma’s 35mm f1.4 prime lens is a direct competitor to Nikon’s version. But there’s a very big difference in price. Here’s how the Sigma performs in real-world shooting. 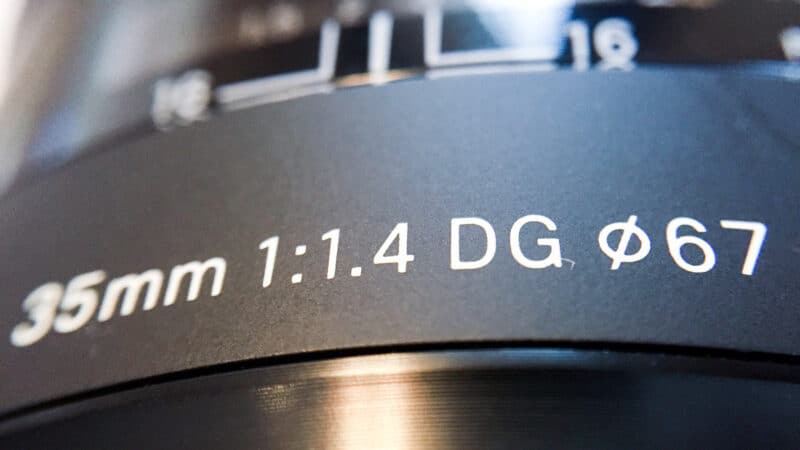 I’ve recently been putting the best 35mm primes for Nikon through their paces to see how they perform. In terms of prime lens focal lengths, 35mm is an extraordinarily useful focal length on both full-frame (FX) and APS-C (DX) cameras.

On a full-frame, it gives some wide-angle for context in the shot without much worry about distortion. It can also add silky bokeh to blur out the background. On a DX Nikon camera, it becomes roughly equivalent to the trusty 50mm ‘nifty-fifty’. It’s a focal length that can come in handy for anything from travel to weddings to events to landscapes to reportage.

I’ve previously reviewed Nikon’s flagship at that focal length, the Nikon 35mm f/1.4G. It is, as you’d expect, an excellent lens. But it’s not what you’d call inexpensive.

Sigma has its own 35mm prime aiming to compete directly with the Nikon. On paper, they’re very similar. But the Sigma will make much less of a dent in your wallet. So I wanted to see how the much less expensive Sigma stacked up against the Nikon and how much of a compromise it is in real-world shooting.

Camera manufacturers like to cram enough acronyms into the name of the lens to make your head spin. The formal name of this lens is the Sigma 35mm F1.4 DG HSM | A. Here’s what it means, decoded:

There are also a bunch of other acronyms used in the marketing literature for this lens, like SLD and FLD. But they’re not especially helpful for what matters most to me–how the lens performs in real-world shooting.

The lens comes with front and back lens caps, a dedicated petal lens hood, and a padded case. It takes 67mm screw-in filters. It does not have image stabilization. It is compatible with Sigma’s USB dock, which you can buy separately as an optional extra.

The lens feels quite heavy and solid, and while nowhere near as large as something like the superb Nikon 14-24mm f/2.8G, it is significantly larger and much heavier than typical 50mm lenses.

It’s roughly the same size as the Nikon 35mm f/1.4G, although a touch narrower and a little longer. It’s a shade longer than the Nikon 24mm f/1.4G.

There’s a wide focusing ring with a rubberized grip. There’s no aperture ring, so all aperture controls happen in the camera and require a camera that is compatible with Nikon’s G lenses.

I’m very, very impressed with the sharpness of this lens, especially wide open. It’s much sharper at f/1.4 than the Nikon 35mm f/1.4G. I tested and worked right out of the box, whereas I needed to do some calibrating to get the Nikon into a range I found acceptable. In my tests, I found the sharpness of this lens to be not just good, but excellent.

A very wide aperture like f/1.4 has two main attractions. One is that it lets more light in, meaning you can shoot effectively in low light. The other is that you can blur the background to both draw the eye to the area in focus and imply depth in the image.

Bokeh is a very subjective quality. I like the bokeh from this lens. It’s very smooth, and bright lights in the background out-of-focus area are round and aren’t distracting.

At f/1.4, focusing can be very unforgiving. If you don’t have it spot on, it can ruin an image. But closing the aperture a little to around f/2 can be more useful but still creates a very pleasing bokeh. Overall, I like what this lens does with bokeh. Here are some examples.

This lens uses aspherical lens elements to minimize visual aberrations. You can get purple and green fringing in at-risk areas of sharp and wide contrast, but it’s not especially prominent and is really only apparent when you look at an image from a high-megapixel camera at 100 percent. Most of the time, it’s easily fixed in Lightroom.

There is some pretty strong vignetting at the wider apertures that doesn’t really disappear until about f/5.6 or so. It’s so strong at the wide end that it can have quite an effect on the camera’s light meter and exposure calculations and change the look of the shot quite a bit. Here are some examples. The first is taken of some solid cloud cover; the shot at left is at f/1.4, while the shot at right is f/5.6: 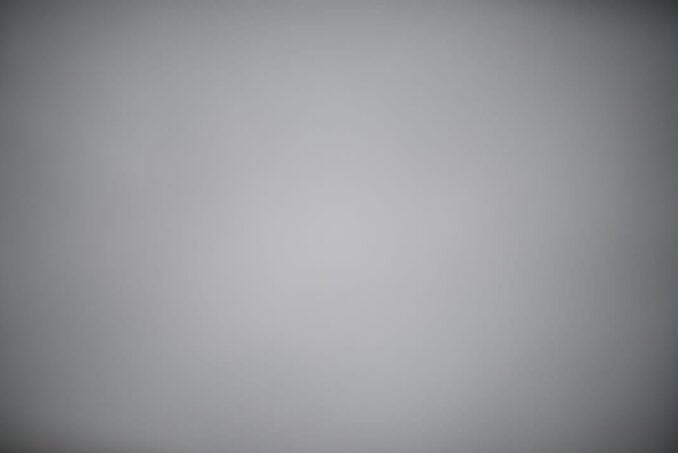 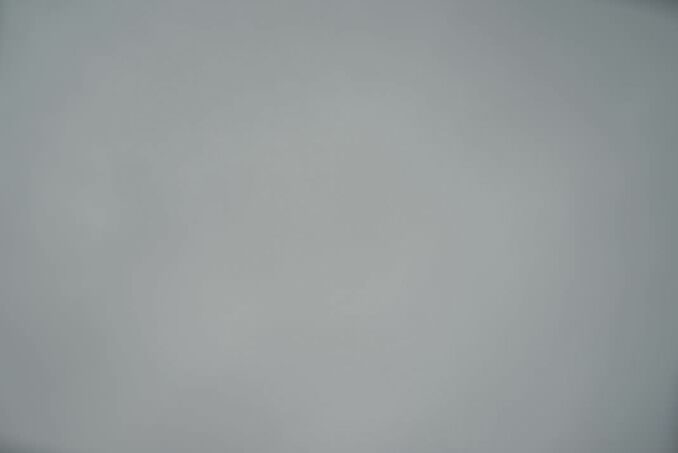 And with this one of the overhead lights in the National Gallery of Art in Washington DC. The shot on the left is at f/1.4 and the one at right at f/5.6: 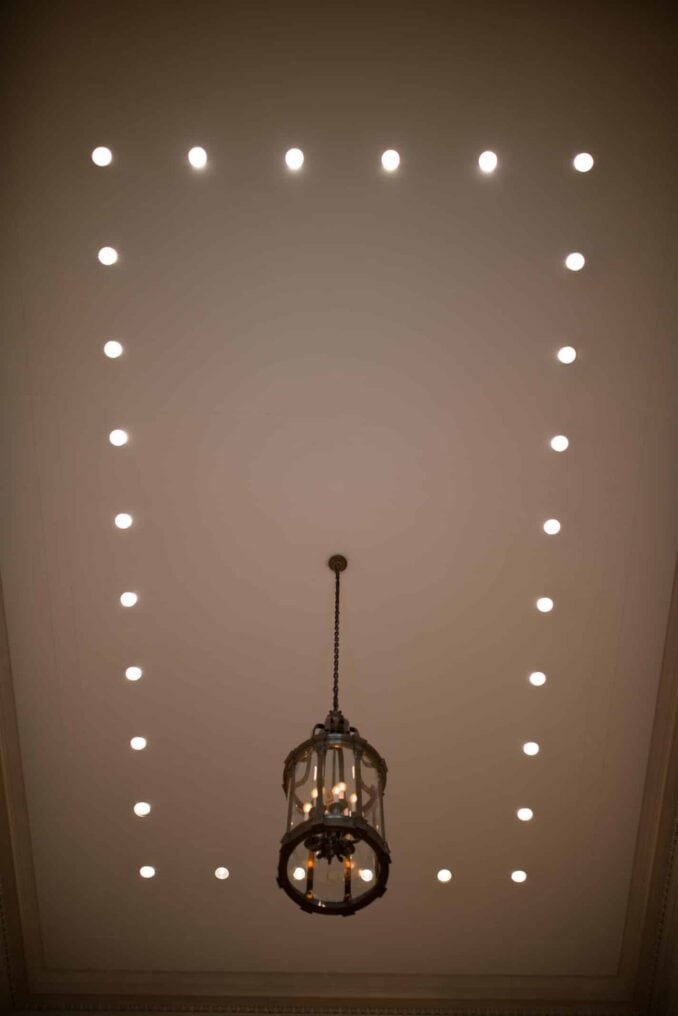 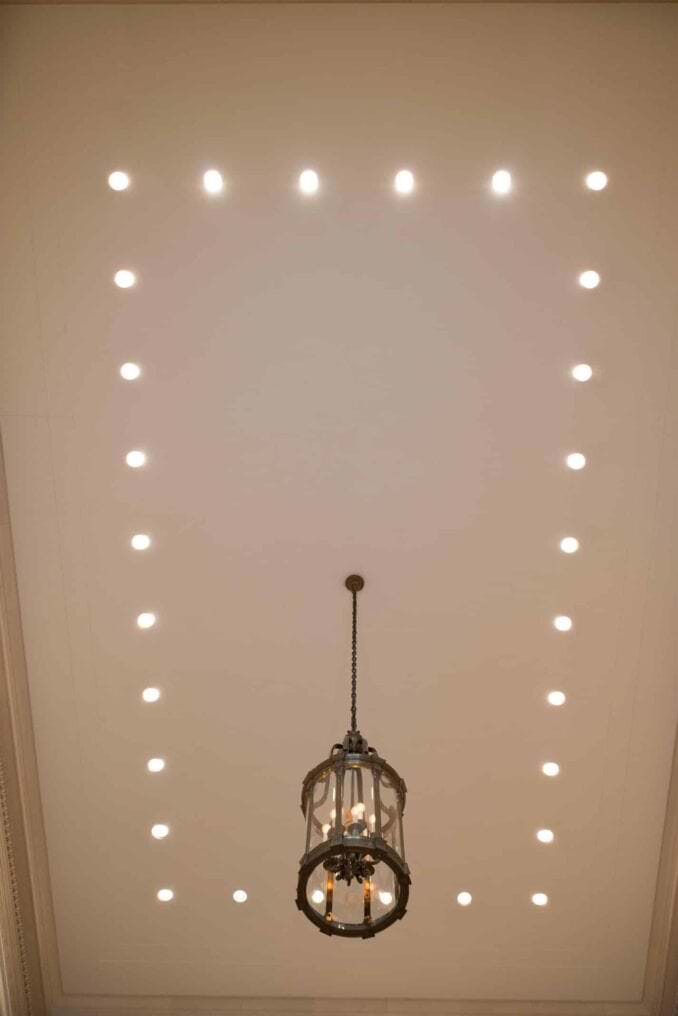 Thanks to engineering and coatings, lens flare is essentially non-existent. I didn’t run into any issue with it under normal shooting conditions with shooting at lights at night or with the sun in the frame.

The Sigma 35mm f/1.4 is mechanically good without being stellar. Without an aperture ring and with internal focusing, there aren’t many moving parts. The lens feels solid, but overall, it doesn’t have the same mechanical refinement as the Nikon 35mm f/1.4G.

The focus ring is large and grippy, but its usefulness is undermined somewhat by not being as smooth as it could be. Even attaching a follow focus for video, I’d prefer it to be smoother and slightly looser for smooth focus tracking or fine adjustments. Again, I’m being picky in comparison to the Nikon, which has silky smooth focus ring movement.

Sigma has recently introduced a new feature with some of its lenses: the ability to interface the lens with a computer using a USB dock. It lets you update the lens’s firmware and fine-tune various aspects of focus.

Here’s a small selection of sample images I’ve taken with this lens. I have a much larger collection separately here.

Things to Watch Out For

On paper, these lenses are very similar. What surprised me is how close they are in real-world shooting.

I’m a long-time user and admirer of Nikon glass. They make superb lenses. And I honestly haven’t used many Sigma lenses, although I’ve used the Sigma 10-20mm ultra-wide-angle zoom for years and actually have two copies, one for Nikon and one for Canon. But in cases where Nikon has an equivalent lens, it wouldn’t usually occur to me to consider a Sigma in place of one of Nikon’s pro-level lenses.

The experience of shooting with this lens has convinced me that I’m going to have to rethink that approach. I like this Sigma lens. I like it a lot. And that caught me by surprise.

The Nikon 35mm f/1.4G is nearly double the price of the Sigma. And I had spent quite some time shooting with the Nikon before trying the Sigma and had found the Nikon to be a typically excellent lens. So I expected the Sigma lens to feel like a compromise.

I like how sharp the Sigma is wide open, and the quality of its optics are top-notch. Especially wide open, the Sigma is superbly sharp–much sharper than I was able to get out of the Nikon. I like the Sigma lens’s smooth bokeh, although some users have found that it can be a bit “fussy” in some conditions. For me, the sweet spot with this lens in terms of the combination of sharpness, versatility, and the look of the end result is around f/2 to f/2.2. Wide open at f/1.4 is nice to have in very low light shots when you need it, but it’s a very unforgiving aperture for most shooting because of its super narrow depth of field.

That said, the Sigma certainly has its flaws. Its vignetting at wide apertures is stronger than I’d like and affects the exposure of most of the frame. The kind of tunnel vision that evokes isn’t always a bad thing, but it’s there. I didn’t find its autofocus to be as quick or as quiet as the Nikon. I also prefer the build quality of the Nikon, and given the type of conditions I often find myself shooting in, the Nikon’s weather sealing is a big plus (the Sigma doesn’t have weather sealing).

If money is no object, I lean in favor of the Nikon. But how often is money no object? I can think of a lot of good ways to spend the $700 or $800 you can save by choosing the Sigma over the Nikon. And that makes it a tough call. Honestly, when I reach into my bag, I’m perfectly happy with pulling either of these lenses, and I’m confident that either of them can get the shot I want.

Overall, for me, the Sigma stands very well on its own. The fact that it is so much less expensive than the Nikon is an added bonus and is a nice reminder that less expensive doesn’t necessarily mean compromising on image quality.

Lens Hood. It comes with a lens hood. If you need a replacement, the model number is LH730-03.

Lens Case. It comes with a semi-soft lens case. There’s no particular reason you have to stick with the Sigma official case, but if you’re after a replacement, the model number is CS0330.

Front Lens Cap. It takes a standard 67mm snap-on lens cap. If you’d like the Sigma original, the model is LCF-67 III.