Sigma’s EM-140 DG ring flash builds in some of the features we’ve become used to with modern speedlights, like TTL and high-speed sync. Here’s my take on it. 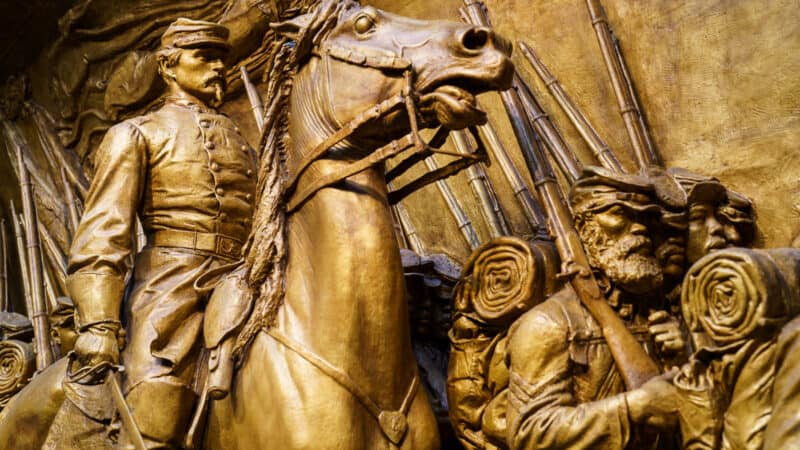 On-camera ring flashes offer flat, even illumination for close-up macro work. They result in quite a forensic look.
They’re not something I use everyday, but there’s now a range of different versions available. Some use LED lights. Some aren’t technically ring flashes but attach the same way with small lights extended out to the side. And some start with the old-school ring flash approach but build in some of the more advanced features that have worked their way into standard speed lights, like TTL and high-speed sync. The Sigma Electronic Flash Macro EM-140 DG NA-iTTL Ring Flash is one such ring flash. There are versions for Nikon, Canon, Sigma, and Pentax TTL systems.

I’ve been trying out the Nikon version lately, mounted on a Sigma 105mm ƒ/2.8 macro lens, Here’s my take on it.

There are different models of this flash to be compatible with the TTL systems of different camera manufacturers, but there’s nothing specific about the lenses that mean you have to stick to just the matching lens. So you don’t have to use the Sigma version of the flash on a Sigma lens, for instance–you match the flash version to the camera body maker in this instance, not the lens. I’ve been using the Nikon version of the flash on a Nikon body (Nikon D810) with a Sigma lens (Sigma 105mm ƒ/2.8 macro lens). I use the same flash when I switch out the lens to my Nikon 105mm micro.
You can find the technical compatibility table for specific camera models here.

Attaching to a Lens

The flash doesn’t screw on like a filter. It clips on, but first you need to attach something for it to clip on to. That piece is similar to a step-up ring and screws onto your lens just like a step-up filter. But instead of providing a thread for a filter, it provides the groove that the flash clips into. The kit includes ones for a 62mm lens diameter (that fits Sigma’s 105mm ƒ/2.8 DG Macro HSM lens), and a 55mm one.

The main power unit looks like a standard speed light without the actual light panel. It has a hotshot attachment that goes directly onto your camera.

Attached to that is a long curly cable. And at the other end of the cable is the lighting element.

All together, it’s a pretty cumbersome setup. But the types of shooting you’d be using this aren’t really run and gun-type shooting.

i-TTL BL. One unusual thing is that it also supports high-speed sync, or HSS. That means you can use shutter speeds over the camera’s sync speed (often 1/200 or 1/250) all the way up to 1/8000 second. On many cameras when you attach a flash unit to the camera, the camera will detect the flash unit and prevent you from selecting shutter speeds above the sync speed. But you don’t have that limitation here, and you can select whatever shutter speed you like.

Exposure Compensation. When you’re shooting with TTL, you can use exposure compensation. Some cameras handle this differently, so you’ll have to check with the manual on how it works with your camera.

Manual Mode. In manual mode, you can adjust the intensity from 1/1 to 1/64 power.

Rear-Curtain Sync. There’s no setting for this on the flash itself, but it’s compatible with cameras that offer this feature.

Multi-Flash Mode. You can set it to fire repeating flashes at a frequency of 1Hz to 100Hz. The maximum number of flashes that can be fired in sequence is 90, but the practical limit will depend on the settings you’re using.

Wireless. You can’t use this off-camera as a slave, but you can use it as a wireless master with Sigma’s EF-610 DG Super speedlight.

Slave Mode. It would be pretty unusual to be using an on-camera ring flash like this in slave mode, so that’s not an option on this flash. There’s no sensor for it (either radio or optical) and no setting for it.
You could, technically, use the setup off camera if you wanted, but you’ll need to attach a separate radio receiver the unit’s hot shoe to do that.

You can also pair it with other flashes that have optical slave modes, using the ring flash as the master trigger unit.
It is also possible to set it up for wireless i-ETTL flash if you’re using a compatible off-camera flash. You can find more details on this in the manual.

The basic controls are much the same as you’d expect from a normal speed light, controlled by buttons and a monochrome LCD screen on the back of the main unit.

From there, you can control things like the flash mode, fire a test flash, or adjust the flash intensity. There’s not a lot special about the way it does this, although it’s not the most intuitive layout and setup I’ve seen, and there are some oddities like the + and – buttons seeming to be counterintuitively back to front. And the feedback on the screen isn’t always the most elegant way to present information–for example, the way of adjusting the flash output of each side independently seems unnecessarily obtuse. So it does take a little use to figure out exactly how to get what you want out of it, but after that it’s pretty straightforward.

Modeling Light. The modeling light can come in very handy as an autofocus assist light, something that’s very useful when shooting close up.

Independent Intensity. There are dual flash tubes. You can shoot with both sides of the ring flash at the same power for flat lighting or adjust each independently for slightly less flat lighting. Given how close the two sides to each other, there are practical limits to how much effect it has–that’s something that the Nikon macro speedlight system tries to fix by pushing the light sources further apart with wing-like attachments–but at macro range it might well be enough to make a difference in your shot.
One thing I found that limits the usefulness of this feature in practice is that the ring rotates freely when attached to the mount. So lining up the separate light sources precisely means maneuvering the whole camera or jury rigging some way to lock the ring rotation in place.

Recycle Time. The flash’s recycle time is slow, from 4-6 seconds.

It’s powered by four AA batteries that go in the main unit. It doesn’t draw power from the camera.
There are no options for attaching external power supplies.

It comes with a padded case that’s much like a small camera bag.
It also comes with two lens attachments: for 62mm and 55mm lens diameters.

It works well. It’s not fancy, but it does what it’s designed to do. On-camera ring flashes can be fairly limited in their creative possibilities–by design they aim for a flat, even light at macro range–and they’re not something I use routinely, but if that’s what you’re after, I’ve found this one to work well and be reasonably priced. The inclusion of the TTL and HSS features makes this one more useful than some and open up possibilities for subtle fill-lighting or creative reflections that call for a circular specular light.

You can find the Sigma EM-140 DG flashes for Nikon, Canon, Sigma, and Pentax cameras at B&H Photo.