Here’s my hands-on review of the Sigma 14-24mm ƒ/2.8 DG HSM lens for full-frame DSLRs. I’ve found it to be optically excellent and great fun to shoot with. 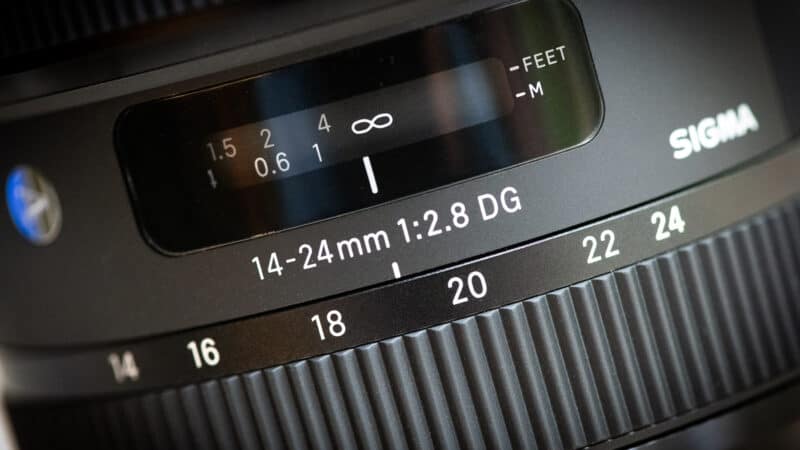 In recent years, there’s been quite the boom in ultra-wide zoom lenses. There have been big improvements in the optics, so they’re no longer like looking through the bottom of a Coke bottle. They’re clearer and more affordable. And just as importantly, the aspherical elements that many of them incorporate make the images appear more “normal” than the dramatic bulging of a fisheye lens.

It’s possible to use this lens on cropped-sensor APS-C DSLRs, but you’ll lose a significant chunk of the wide-angle perspective (on an APS-C sensor camera, it will become equivalent to what a 21-36mm lens would be on a 35mm/full-frame camera). There are versions of this lens for Nikon F, Canon EF, and Sigma SA mounts. 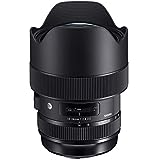 The version I’ve been using is the Nikon F mount version, and I’ve been shooting with it on a Nikon D850 body. Nikon also has its own 14-24mm ƒ/2.8 lens for DSLRs, a lens that I’ve covered in some detail before.

The Sigma lens is a shade smaller in size than the Nikon, but it’s also a little heavier. So it’s not a lightweight lens by any means. In fact, it feels surprisingly hefty in the hand.

This lens is both fast (with a maximum aperture of ƒ/2.8 throughout the zoom range) and, zoomed out, falls in the ultra-wide category. To combat the usual heavy lens distortion that you get from such a wide perspective, it has three aspherical elements to keep lines straight.

If you’ve ever been put off by Sigma’s long-time reputation as a cheaper alternative of lenses that aren’t quite up to the standard of the lenses put out by the major camera manufacturers–and I confess that I used to fall into that category as well–I’d encourage you to try out some of the lenses in their new Art series, which is the series this lens falls into. I’ve tried several now and have found them to be really good. It certainly doesn’t hurt that they’re often priced below some other brands, but they reliably compete now on quality as well.

To my mind, overall this lens rivals the Nikon version quite closely in terms of image quality. It’s a shade smaller and slightly heavier–although not by much. But it’s also priced significantly lower than the Nikon 14-24mm.

Sigma also has some other lenses that overlap with this one. One that’s certainly worth noting is the 14mm ƒ/1.8 DG HSM | A, another lens I’ve covered before. In general, I prefer the versatility of this 14-24mm zoom over the 14mm prime for most general shooting, but I’d probably lean more toward the 14mm for astrophotography or night-time photography.

Sigma also has a 24mm ƒ/1.4 prime in their Art series. But even though it has overlap in focal length, it’s not really a viable alternative for those who are attracted by the ultra-wide perspective offered by 14mm.

Here are some photos I’ve taken with this lens. I’ve posted a larger collection of sample images separately.

I’ve been using the Nikon F-mount version on a Nikon D850.

I’ve tried to include a variety of zoom ranges and apertures, including some of similar scenes at different focal lengths and apertures.

There are some Sigma-specific codes in this lens’s name. Here’s what they mean:

It’s also worth noting one code that’s not included: DN. DN refers to Sigma’s mirrorless mount lenses (Sony E and Leica L mounts). It’s particularly relevant in this case because there’s a slightly different lens model–the 14-24mm F2.8 DG DN | A–that is designed for those mirrorless mounts. And aside from the different mounts, it also has different filter capabilities (it comes with a rear filter holder).

Overall, I’ve found this lens to be great fun to shoot with. And I have no complaints performance-wise. I’ve found it to be sharp, have fast-enough focusing, few of the traditional optical flaws (vignetting, chromatic aberration, barrel distortion, or prone to flaring).

Overall, I’ve found it to be a high-performance, portable, and versatile ultra-wide lens that works well in the type of available-light walking-around photography I’ve been using it in. And, as a fan of wide-angle lenses, it’s a lens I could see myself using a lot.

The Sigma 14-24mm f/2.8 DG HSM Art ultra-wide-angle zoom lens has an MSRP of $1599 (but you can often find it at a street price significantly lower than that).