What Type of Memory Card Does the Sony A1 Use?

The new Sony a1 (Alpha 1) high-end mirrorless camera takes both CFexpress A and SD cards. Here’s a rundown of what works and what doesn’t. 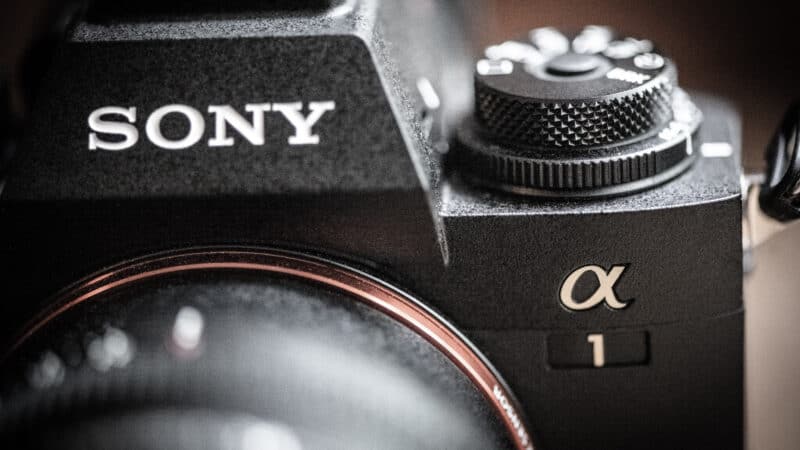 Sony has come out with a new flagship camera with all the bells and whistles, known variously as the a1, the Alpha 1, the α1, or ILCE–1. And with a camera focused on very fast performance, all while shooting 50MP images and 8K video, it’s important that you get memory cards that are up to the task.

The Sony A1 has two memory card slots. They’re both the same, and they’re both CFexpress A slots.

One of the benefits of the CFexpress A form factor is that it has the same dimensions and connections layout as SD cards. So you can use either CFexpress A or SD cards in the A1, or one of each.

But they’re not the same in performance. When choosing which format to use, the short version is: choose CFexpress A cards for better performance. Use SD cards for convenience, cost, and larger storage capacities.

You can use either CFexpress Type A cards or SD cards—the CFexpress A slots are designed to work with either type of card, so it’s not a case of having one CFexpress A and one SD slot (some other cameras have one slot of one type and another slot of another type, but that’s not the case here).

You do not need to have both slots filled for the camera to work. There are, however, advantages to filling both slots. Chiefly, it will make available several options for you to control how those slots are used. That is, you can have images saved to one card and video to another, or a duplicate saved simultaneously to the second card to create a backup, or combine them in sequence for maximum storage space.

And you don’t have to have them both filled with the same type of card. For example, you can have a CFexpress A card for your primary shooting card and have a 1TB SDXC card in the second slot for backup. 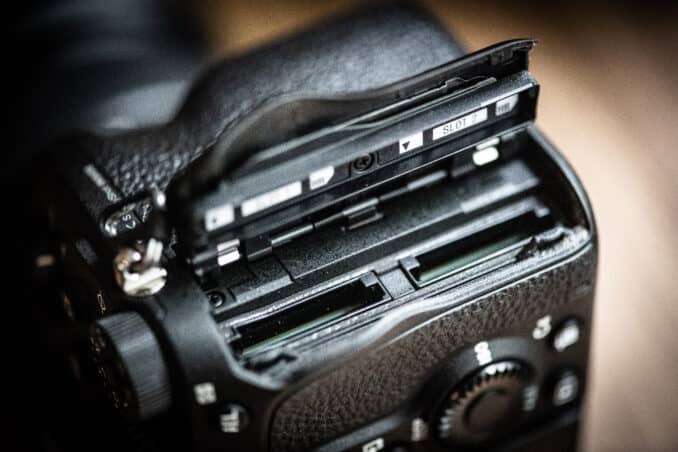 CFexpress A is one of the three current CFexpress form factors released by the CompactFlash Association. You’ll sometimes see it written as CFexpress Type-A. The others are CFexpress B and CFexpress C. But it’s important that you get the correct type, because they’re not interchangeable. For one thing, they’re different physical dimensions. For example, a CFexpress B card simply won’t fit in a CFexpress A slot.1

The full range of the A1’s features really expects the speed and performance of CFexpress A. But the downside of CFexpress A, at least for now, is that few manufacturers are making them, they’re not widely available, and they’re not cheap. So the ability to use cheaper and larger-storage SD cards is a significant convenience. But if you’re using features like the 8K video shooting, you’ll be wanting to invest in at least one good-quality CFExpress A card to prevent the risk of unwanted issues such as the recording stopping or dropped frames.

There aren’t currently many manufacturers making CFexpress A cards. The main one for now is Sony; you can find their cards at B&H Photo. 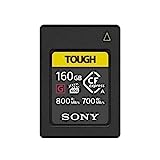 SD cards are widely available, cost-effective, and you can get some very large storage capacities; the current range goes up to at least 1TB.

For casual still photography, that’s not much of an issue. But then, the a1 is designed more for photographers who are wanting to push things a bit harder rather than the occasional snapshot shooter. It becomes more of a problem when you want to shoot high-bitrate video like the 8K video that the A1 can shoot and for flushing the buffer of the 30fps still images.

You can also use SD cards in the A1. The most practical version will be SDXC, because that label is applied to cards that are 64GB and above, and with the large images and high-bitrate video of the A1, you’ll appreciate having plenty of storage space.2

You will also often get better speeds from a UHS-II card; the a1’s card interfaces are compatible with UHS-II.3

I have much more detail on the fastest SD cards here.

While the physical size is the same, if this is your first time using CFexpress A, you can’t just assume that your existing SD memory card reader will read CFexpress A. The hardware also needs to be compatible.

But there are some cross-compatible memory card readers available that will read both formats.

Sony makes a single-slot CFexpress A/SDXC UHS-II reader; you can find it here. 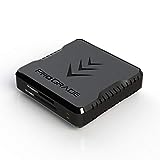 Images and product information from Amazon PA-API were last updated on 2022-08-07 at 02:20. Product prices and availability are accurate as of the date/time indicated and are subject to change. Any price and availability information displayed on Amazon Site at the time of purchase will apply to the purchase of this product.

What Type of Memory Card Does the Sony A1 Use?