Silent Shooting with the Sony a7III

Some cameras say they have a silent shutter, but when you go to use it they turn out to just have a very quiet shutter. I’ve been pleasantly surprised that the one on the Sony a7III really is silent. Here’s how to set it up. 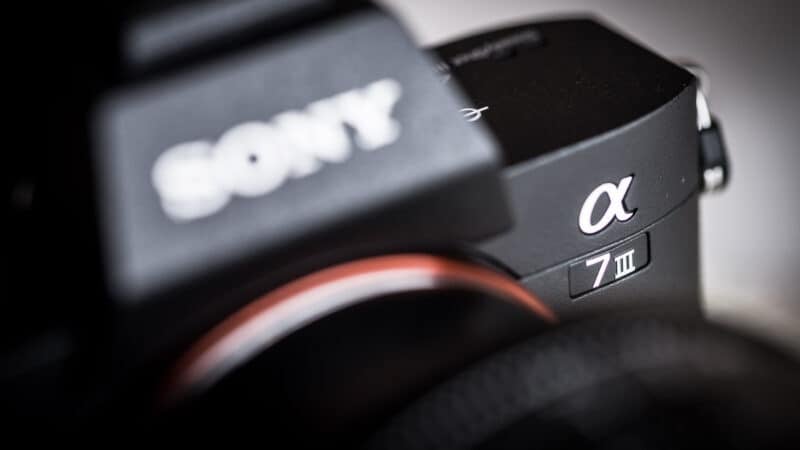 Some cameras say they have a silent shutter, but when you go use them you find that there’s still a slight click. So it might be quiet—maybe even very quiet—but perhaps not truly silent. Even some mirrorless cameras, where there’s no mirror slap, aren’t as silent as you might expect.

In normal shooting, it’s often not enough to worry about. But chances are that if you’re looking to take photos silently there’s a good reason. Maybe you’re shooting shy wildlife, or a stage performance or dance recital, or in a gallery. Or a wedding. Basically, anywhere you just don’t want to disturb others or call attention to yourself.

I was pleasantly surprised to find that when the Sony a7III claims to have a silent shutter, it’s really true. There’s no click at all—at least from the shutter. The only confirmation that you have taken a photo is a momentary blackout through the viewfinder or on the back screen’s live view.

Of course, there is a caveat. The shutter is silent, but you can still get some slight noise from the lens as the autofocus locks. How loud that is will vary from lens to lens, but for the ones I’ve been using—the 24-70 ƒ/2.8 and the 16-35mm ƒ/2.8—it’s essentially imperceptible. It’s certainly not loud enough for me to consider it a problem in even the quietest shooting situations. And if it was, you can prevent even that from happening by shooting with manual focus.

Setting up the a7III to shoot silently is a two-step process. It’s not at all complicated, but I’m posting this here in the hope that it saves someone the amount of time I spent searching through the menu system for the options in the camera’s settings.

It makes no difference which order you do these—but you’ll want to do both of them.

There’s a simple setting to toggle that enables the silent shutter. You find it under the tab with the camera icon and the number 2, then subpage 4/9 to the Silent Shooting option.

It’s a simple toggle, on or off.

Turn Off the Focus Confirmation Beep

By default, the a7III has the beep enabled to let you know when focus has been established. It’s usually one of the first things I turn off on any digital camera.

You can find the relevant setting under the camera icon with the 2 next to it. Then scroll right to the last subpage under that tab (9/9) and then the very last setting called Audio Signals.

Limitations of Silent Shooting on the Sony a7 iii?

Enabling the silent shooting option does bring with it some limitations.

In addition, if you have the RAW file type set to uncompressed and you’re shooting RAW images (either as just RAW or RAW+JPEG), you won’t be able to use bracketing.

If you’re shooting with a low ISO and point your camera towards a very bright light, you might get some highlights showing as dark tones on the back screen. It shouldn’t affect the final image.

And, finally, there are two situations where the shutter sound might beep, neither of which come up in normal shooting:

Shooting Silently with the Sony a7III

I like the way that Sony has implemented silent shooting on the a7III and have been leaving the feature on even for general shooting when I don’t really need to be especially quiet. The limitations of using it aren’t ones that I run into in my usual shooting.

What would make the feature even better is if Sony found a way to incorporate into the shutter button the kind of subtle tactile feedback that the newest smartphones have been adding—not really a click, as such, but a barely felt tap that provides just enough feedback without creating any noise (aka, a haptic). That would be helpful as confirmation that you’ve taken the shot.

The Downside of the Fully Electronic Shutter

After I originally wrote this I learned from other shooters of a drawback of shooting with the fully electronic shutter. And that is that you can get banding in some circumstances when using it with some artificial light sources.

This isn’t something I’ve personally run into with the a7III. I even went back through my shots to try to find some examples of it but couldn’t find any. It’s not a fault in this camera specifically, and many other new cameras with electronic shutters suffer from it. It’s due to the electronic shutter and the way it interacts with some artificial light sources (but not, apparently, constant LED light sources). Shutter speed also factors in.

So it’s obviously not something that affects every situation and every shot, but it could potentially be a problem. So it’s definitely worth keeping an eye out for if you’re using the silent shutter setting in an important shoot.

Check the current price and availability of the Sony a7III at:

It comes in a variety of configurations, ranging from body-only to kits with various lenses.

Images and product information from Amazon PA-API were last updated on 2022-09-23 at 11:20. Product prices and availability are accurate as of the date/time indicated and are subject to change. Any price and availability information displayed on Amazon Site at the time of purchase will apply to the purchase of this product.

Silent Shooting with the Sony a7III