The cameras in Sony’s Alpha range are well-known for their superb sensors. I’ve been shooting with the latest model, the Sony a7 III, at high ISOs to find out how well it performs in real-world shooting in low-light conditions at high ISOs. Here are the results and some examples. 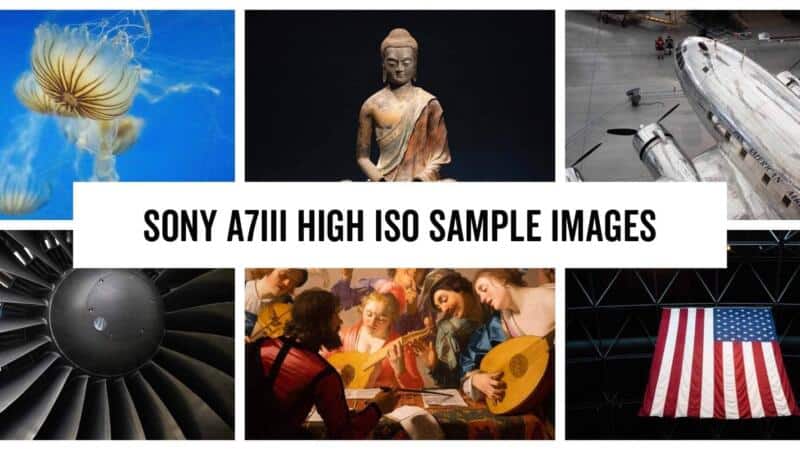 There are many things about the Sony a7 III mirrorless camera that make it an extremely compelling option for travel photography. It’s small, very quiet (and discreet), and priced more affordably than the flagship a7r III.

One of the most notable aspects is its performance in low light. Sony’s sensors are among the best available–it’s no wonder that Nikon uses them in their own cameras–and the sensors in the Alpha series of full-frame cameras have a well-earned reputation as being at the top of the pack. Lab tests confirm this.

As useful as lab tests can be, I wanted to see what this means when it comes to real-world shooting. So I shot a bunch of photos at high ISOs to find out. And I thought I’d post some of them here in case anyone was curious to see some high-resolution examples.

First, though, it’s worth pointing out the two ISO categories in the a7 III specs.

Of that, the native ISO range of the sensor is 100 to 51200. That’s the range that’s considered optimal for the sensor hardware.

But there’s also an extended range both below and above the native range. This is where software takes over to push beyond the limits of the sensor’s optimal performance range. It can go down to ISO 50 at the slow end, but I’m most interested here in the fast end, so the extended ISOs I’m most interested in are the ones from ISO 64000 to ISO 204800. In my regular shooting, I tend to avoid extended ISO ranges. But it’s useful to know what options you have available in difficult shooting conditions and how much wiggle room you have when the light is scarce.

What I’m going for here is to mix it up with a range of different types of shots that might show up issues at high ISOs–things like dark, smooth gradients; rich colors; and lighting with wide dynamic ranges. I repeated some of the same shots–or very similar shots–at different ISOs to help with side-by-side comparisons.

The versions you see embedded below are JPGs that have been only very lightly processed in Lightroom. None of them has any extra noise reduction applied beyond the Lightroom default (Color: 25; Detail 50; Smoothness: 50). Very little has been done to the JPGs, and you can get a closer look by opening a full-size version by clicking on each image. If you want to see untouched versions right out of the camera, you can download the corresponding RAW file from the links in each caption (be warned, though, that the ARW files are around 50MB each).

This extended range boost’s the sensor’s native capabilities with software. As you can see from the examples below, the image quality can deteriorate markedly in this range, particularly when you get up to the highest end. Noise and grain become pronounced, dynamic range is reduced considerably, and colors become washed out and shifted.

I haven’t made any attempt here to correct the flaws by bumping up the noise reduction or fixing the colors. The whole point is to see what the camera’s doing, after all. But it’s certainly possible to improve these with post-processing in something like Lightroom or other image editing software.

A popular way to mask some of these flaws is to convert the image to black and white, and when you do that, sometimes the higher contrast and graininess of the image can become virtues.

When it comes to deciding which image format to set the camera out, I’m normally squarely in the RAW camp. If the camera has RAW, it’s one of the first settings I adjust when I pick it up. Under normal circumstances, you can get better quality out of the RAW than by using the JPG.

But I’ve come across an exception here. That’s when it comes to shooting at the very top end of the ISO range in the a7 III–specifically, in the extended ISO range. That’s because I’ve found that the a7 III’s internal processor more consistently does a better job in processing the images than I’m able to get out of post-processing without going to reasonably extreme measures. So I’ve been finding the JPGs shot in the ISO 64000 to 204800 range to be more reliable than the RAW images even with post-processing–especially at the upper end of that range. Of course, your workflow or software might be different, or you might be happy to spend more effort (or be more skilled at it) fixing the flaws of those ultra-high ISO images. But for me, for anything over ISO 64000, I’ve found that the camera-generated JPGs out of the a7 III’s are often a better option if for no other reason that I can’t improve on them even if I can match them.

If you decide to go that route, there are a few ways to go about it. You can set the camera to shoot JPG. If you want the best of both worlds, you can have it save both RAW and JPG simultaneously (which is what I do). And if you’ve only saved a RAW version and are trying to get at camera-generated JPGs retroactively, you can try extracting the JPG preview embedded within it.

At any price point, the high-ISO performance of the Sony a7 III is superb, rivaled only by cameras like the Sony a7R III and Nikon D850. But when you consider that it’s a sub-$2000 camera (for the body, that is), then it really stands out and sets a very high bar.

The a7 III’s low-light performance is streets ahead of something like the Fujifilm X-T2’s (which I still think has impressive low-light performance). Although, to be fair, that’s not quite an apples-to-apples comparison, in part because there’s still a sizable price difference, and in part, because the X-T2 uses a smaller APS-C sensor, whereas the a7 III uses a larger full-size sensor.

That’s not to say the results from the a7 III at the very high ISOs are perfect and all equally usable. I’ve found the results throughout the native ISO range, even up to ISO 51200, to be first-rate. For general shooting, I have no hesitation going up to ISO 32000 and only slight hesitation going up to 51200. (But, of course, everyone’s preferences and tolerance will vary, often also based on the scene and end use.)

Once you get into the software-boosted extended range above ISO 64000, the quality starts to fall off quickly, as you would expect. While the image quality degradation in that range probably isn’t going to be much good for wedding photography or submitting to picky stock libraries, there will be plenty of times that those extreme ISOs might enable a shot for, say, a wildlife, street, or travel photographer that would have been impossible otherwise. I’m reminded of some unique footage in Planet Earth II of mobular rays feeding at night. That footage is very grainy, and, in any normal sense, the image quality is poor. But it’s showing something happening in total darkness that is simply impossible to capture otherwise and results in something truly unique. And that’s really what the extended ISO range is for. It’s there if you really need it, but for most of us, it’s not something we’d probably be shooting with every day.

Overall, having been shooting with it for a while, I have to say I’m seriously impressed by the a7 III’s low-light potential at high ISOs. The Sony a7r III and Nikon D850 have already broken this high-ISO ground, but that the a7 III, at this price point, can join them, is nothing short of astonishing.

Check the current price and availability of the Sony a7 III at:

It comes in a variety of configurations, ranging from body-only to kits with various lenses.

I’ve also put together a post on Sony a7 III memory card recommendations.

Images and product information from Amazon PA-API were last updated on 2022-12-07 at 11:50. Product prices and availability are accurate as of the date/time indicated and are subject to change. Any price and availability information displayed on Amazon Site at the time of purchase will apply to the purchase of this product.