Keeping the Wrong Kind of Light Out of the Camera

We expect light to come in the front of the camera. Shooting with the lens cap on doesn’t tend to work so well. But we don’t always expect it to come in the back. Here’s a real-world example of light leak through the viewfinder. 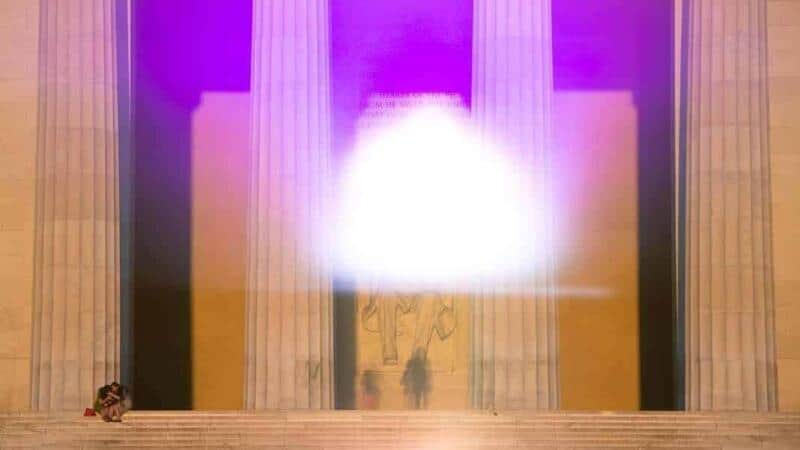 If you’re shooting with your eye to the optical viewfinder of a DSLR, it’s pretty unlikely that you’ll have this problem because your face blocks the light. And it’s not an issue with digital viewfinders and non-through-the-lens viewfinders (ie. non-DSLRs).

It’s also not something you really have to worry about in everyday shooting because it requires a fairly specific combination of circumstances before you start getting any visual impact. It’s mostly an issue only if you’re shooting with a tripod (especially with a cable or remote shutter release) or using the LCD screen. And even then, it mostly shows up in long exposures. So it’s not necessarily an everyday issue, but if you’re shooting long exposures it is certainly something that you can come across. And even if the effect isn’t as dramatic as in the example below, it is possible for those little light leaks to affect your image quality.

The problem is that on a DSLR, even light coming from behind the camera through the viewfinder can flood the camera internally with light, coming in through the eyepiece, bouncing off the mirror, and eventually reaching the sensor.

Real-World Examples of Sun Flare Through a DSLR Viewfinder

The examples below are quite extreme, but they’re also real-world examples.

These two shots were taken seconds apart with exactly the same settings, on a tripod, with a cable release. Both used an ND filter to create a long exposure in an attempt to blur the tourists who were starting to appear on the Lincoln Memorial’s steps.

The only difference in taking these shots is that in the first one, I shaded the direct sunlight from shining on the viewfinder on the back of the camera. On the second one, the sun was shining directly on the viewfinder. And being shortly after sunrise, the angle of the sun was very low, shining straight in.

Some cameras include am eyepiece cap in their supplied accessories. You can also buy them as accessories. But most of the time it’s simpler just to use a bit of tape or simply shade the viewfinder with your hand.

As I said, this is a pretty extreme example. It’s a dramatic example because of the combination of a long exposure and the sun shining directly into the viewfinder. But it is a real-world example that despite what you might read around the traps, it is possible for light to leak through the viewfinder of a DSLR.