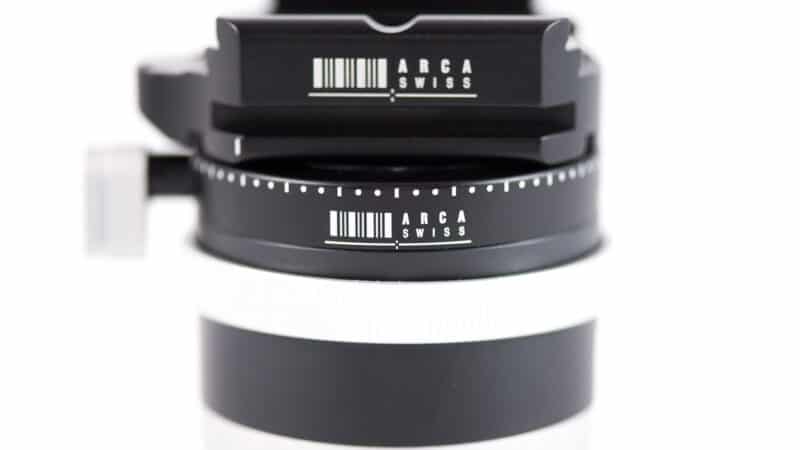 I’ve been reviewing travel tripods for a while now. I’m also going to start adding some reviews of ballheads into the mix. My focus is on ones that:

Arca Swiss have a long history of innovation. They’ve shown they’re not afraid to try something different, whether it’s inventing a new kind of quick release system or coming up with precision geared heads that are simply unlike anything else out there.

The Monoball p0 continues that company tradition of embracing the unconventional. Most of the ballheads on the market are pretty similar. Some might have two knobs instead of three, or they might have bubble levels or not. But this one is an effort to rethink the ballhead.

What Makes the Monoball p0 Different

As you can see right off the bat, this isn’t the slimmest or lightest of ballheads. It looks top-heavy and big (although in reality, it’s well-balanced and only slightly heavier and larger than similarly specced heads).

But it uses quite a different system for locking. Rather than the usual knob, this one uses a rotating dial. That accomplishes a few things. One is that it allows even pressure all around the ball, thus providing a more secure lock and a smoother movement in any direction. Another is that it’s easy to see and use the locking mechanism–the dial–even with a large camera on. Sometimes the knob on more traditional ballheads can be hard to see or grip well because of the overhang of larger cameras.

The other big feature that’s done a bit differently is harder to see. The ball inside isn’t a perfect sphere but rather an inverted aspherical shape. It’s designed so that you actually get more resistance as it moves further from the horizontal plane. This means it’s a smooth movement even as the center of gravity of the camera is moving over it, and it makes the head less prone to creeping when more weight is applied that’s not directly over the center axis.

In practice, I found it to work well. It’s especially good with cold hands or when wearing gloves, times when the usual knob systems can become harder to use.

It has a small lever knob on the side that locks the panning rotation position. And the quick-release dock on top uses a knob to clamp down on the QR plate when it’s attached.

But the key feature is the main locking dial that wraps around the main body. You rotate it clockwise (if you’re looking from above) to lock and counterclockwise to loosen. That kind of wrap-around approach makes it possible to clamp evenly around the ball rather than just in one spot. And that, in turn, offers both more secure locking and smoother tension transitions.

On most ballheads, if they have a panning mechanism, it’s around the base. On this one, it’s nearer the top, just under the camera attachment dock. And that actually makes more sense in some circumstances if you’re using the camera at anything other than perfectly horizontal because it means the camera is panning rather than the head’s base. But in another kind of circumstance, it’s not good–for shooting panoramas–because the rotation is around the angle of the camera, so the panning won’t be level. The panning mechanism locks with a small lever knob on the side.

I put a couple of different setups on it. The heaviest was nearly 9 lbs, a combination of a Nikon D810 with the Sigma 120-300mm f/2.8. And even with that heavy setup and its complicated center of gravity, I found it very easy to put it exactly where I wanted and that the lock really locked in place without any creep even when locked at an angle.

When you hold the head in your hand, without attaching a camera, the movement on the ball doesn’t feel very smooth. But as soon as you add the weight of a camera, that jerkiness goes away. On top of some legs and with a camera attached, I found the ball to be very smooth and easy to finetune, with a smooth transition of tension from loose to tight.

The first couple of times I went to use it, it took me a moment to remember that the locking mechanism is the rotation ring rather than a knob. But once I got used to it, I actually found I liked the rotating ring for two reasons. One is that it’s easier to grip, and you’re not reaching around for the knob (especially in the dark). The other is that it naturally allows you to use one hand to both choose the angle and lock in place, and you’re using your whole hand, so I found finetuning actually easier, smoother, and more precise. One small criticism is that even when it’s fully locked, the locking ring feels loose. It doesn’t affect the performance, but it just doesn’t feel as high-quality as you’d expect.

Arca Swiss has come to define the quick release plate, and their system has long been my preferred QR system. The version I’ve been using uses the classic Arca Swiss QR system (but it doesn’t come with a plate–you’ll have to get that separately).

The head is also available with the Monoball Fix and quickset FlipLock systems in place of the classic QR system.

This is built extremely well. It’s all-metal–there are no plastic parts to break or weaken, not even the knobs.

There’s the ballhead with whatever mounting format you’ve chosen. That’s it. It doesn’t include a QR plate or pouch.

It’s hard to fault the performance or construction of the Monoball p0. As usual with Arca Swiss products, it’s top-shelf. And it’s priced accordingly.

And in many respects, I have a new favorite ballhead. There is one area I’m not completely sold on, though, and that’s the size. In raw terms, it’s not actually that much heavier or even larger than many of the other small-yet-stable ballheads. But because it has a large circumference around a large part of its body, it can interfere with the way that modern travel tripods collapse back on themselves to create a tiny package. But this isn’t marketed specifically as a travel ballhead, and there are many other uses where that simply isn’t an issue.

Aside from that, though, there’s much else to commend itself with the Arca Swiss p0 Monoball ballhead.

You can find them at B&H Photo** and Amazon. 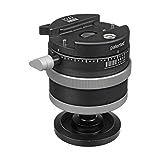 Images and product information from Amazon PA-API were last updated on 2022-12-05 at 12:30. Product prices and availability are accurate as of the date/time indicated and are subject to change. Any price and availability information displayed on Amazon Site at the time of purchase will apply to the purchase of this product.