A good tripod can sometimes make or break a great photo. Here are my hands-on reviews of some of the best travel tripods available. 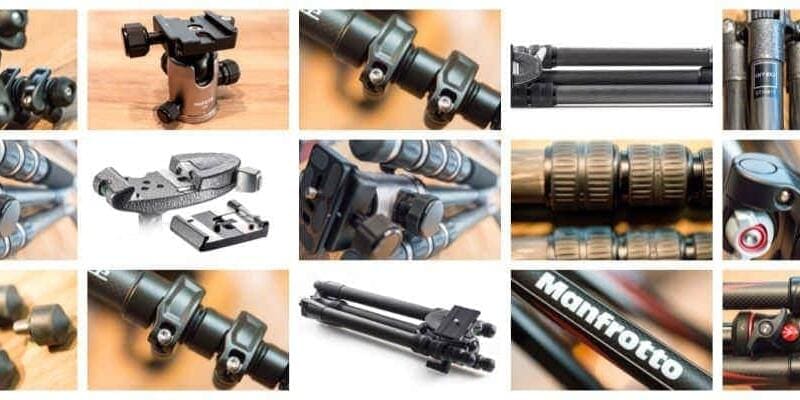 It’s not being too trite to say that the best travel tripod is the one you have with you. And that’s really the key.

I have big, sturdy, and heavy tripods. They work wonderfully when size and weight aren’t an issue or when I need to break out a monster piece of glass.

But their bulk makes them harder to travel with them and, importantly, makes me much less inclined to take them with me. I’ve tried lugging one of these around many times, but more often than not the tripod ends up sitting back in the hotel room. It’s a lot like the old adage of it being hard to take a photo if you don’t have your camera. If you don’t take your tripod with you because it just seems like too much hassle, then it makes it a bit hard to get those long exposures of city lights, night-time panoramas, time-lapse, or even static video footage. Or maybe you just want to be sure your shots are tack sharp.

There are times you can make do by resting your camera on a bag or using something like a Gorillapod, but there are a lot of times you just can’t get away with not having a proper tripod to get the shot you want, whether it’s for timelapse, low light night shots, motion blurring, timelapse, or just going for tack-sharp.

Of course, you also have to be realistic about what these compact tripods can hold. The carbon fiber ones, in particular, are remarkably sturdy for their weight, but they’re still not designed for long telephoto lenses. And they can move a bit in a breeze. Weighing them down with weights or a camera bag can help. And using them less than fully extended can also reduce the risk of movement.

What to Look For in the Best Travel Tripod

There are a number of things to consider when buying a travel tripod.

The most basic function of a tripod, of course, is to hold your camera still. If it doesn’t do that, it’s time to find one that does. Most of the time, bigger, heavier tripods will do that better, but bigger and heavier are not characteristics that suit travel. So tripod manufacturers have been putting quite a lot of emphasis in creating tripods that will hold the camera still in the smallest, lightest package that you can get away with.

Compact. One of the biggest recent innovations in making a compact travel tripod has been Gitzo’s invention of a system where the legs fold back over the central column and head. It works well, and it makes for a much more compact package when folded up. Most of the current crop of travel tripods now use this system.

Extended Height. Usually, when choosing a tripod, you want the tripod to be able to reach up to a comfortably shooting height when you’re standing. But that’s less true with these lightweight travel tripods. The more you extend a tripod, the more any vibrations are going to be magnified. And that’s especially true when extending the center column. With this class of tripod I don’t usually extend the center column unless I really have to because they’re so much more stable with the camera down as close as possible to the apex of the legs. That, of course, makes for a much less comfortable shooting height, but the stability benefits are well worth it.

But you also don’t want to take the load-bearing weight literally. A rating of 15 lbs doesn’t mean that you want to put a 15 lb camera on it. Your camera’s center of gravity is unlikely to be sitting precisely over the center of the head and legs, so in real-world use the weight is going to be pulling in one direction or another. And vibration dampening is also a crucial factor. A tripod rated for 15 lbs load capacity should hold a 15 lbs camera rig upright safely, but that’s not the same thing as holding it still.

So when choosing a tripod you actually want to get one that has a load capacity much higher than the camera setup you plan to use on it.

Heads. Many of the offerings here come packaged with a tripod head. In most cases–but not all–the head is detachable, so you can replace it with another one if you wish. Ballheads are now the de facto standard with this class of tripod. None of these tripods are really suitable for use with a fluid tripod head, mainly because the legs are usually so light that they’ll move or flex as you pan and tilt.

Locking Mechanisms. Most of the current travel tripods have legs that are hollow tubs that retract into each other. They’re typically in four or five sections. There are two main types of locking mechanisms. The old-fashioned system uses a lever system. The upside of that system is that it’s reliable and they can even often make fixes in the field if the lock has loosened. The downside is that they add girth to the overall package and add a bunch of levers that protrude out a bit and can catch on things.

Many use a newer generation of locking mechanism that is a rotating lock. The upside is that they’re slim and reasonably flush and are very quick to operate. The downside is that they can be more susceptible to dust, dirt, or mud interfering with the effectiveness of the lock, and that’s something that manufacturers are aiming at with strategies to keep dust and dirt out in the first place.

Camera Type. The type of camera you plan to use on the tripod is a crucial considerations. Pretty much all of this class of tripods will work well with smaller, lighter cameras such as micro 4/3 or mirrorless systems. Others sit on a borderline of being useful for bigger, heavier DSLRs. And if you’re planning to use telephoto lenses, you’ll need a more stable tripod than if you’re exclusively using wide-angle lenses for two reasons: telephoto lenses tend to be heavier, and the optical magnification also magnifies the slightest movement.

Carbon Fiber vs Aluminum. For the most part, I’m concentrating on carbon fiber tripods. In a number of cases, there are aluminum or alloy versions that are generally a bit cheaper and can have variations in things like maximum load it can handle in comparison with the carbon version. In general, carbon has a much higher strength-to-weight ratio than aluminum.

But not all carbon fiber is the same. Some of the high-end models use higher-grade materials that can be lighter, stronger, and stiffer. Similarly, there are different grades of aluminum and alloys that have different properties in terms of weight and strength.

In general, carbon fiber tends to be lighter and stronger. And it’s usually more expensive than the corresponding aluminum version, although that price difference has narrowed considerably in recent years as carbon becomes more common and the prices come down.

Other Features. Some tripods have other features that can make them attractive. Many come with their own dedicated carry bag, which can be very useful for travel. Some come with system where you detach one leg and the center column and connect the two to create a monopod.

Every photographer’s preferences and needs are different, so there’s no one-size-fits-all answer as to which is the best travel tripod. But for what it’s worth, here are my current favorites after putting the ones below through their paces.

Overall: The Gitzo GT154* series. These have been my go-to travel tripods for a while now. But the downside is that they’re relatively expensive compared to most of their competitors, and that’s just for the legs without a head. But as far as I’m concerned, they’re the gold standard in quality in this class of tripod. You can find my review of the Gitzo GT1542 here.

The Contenders for Best Travel Tripod

So here’s a round-up of some of the best travel tripods available. It’s part of an ongoing series where I put the current offerings to the test to try to find the best travel tripod options, and I’m adding more tripods to it as I test and review them in detail. My emphasis here is on hands-on and real-world use, not on technical lab tests. Click on the review links to open each hands-on review.