What Does a “Fast” Lens Mean?

Heard about “fast” lenses but wondering what that means? Here’s an explanation. 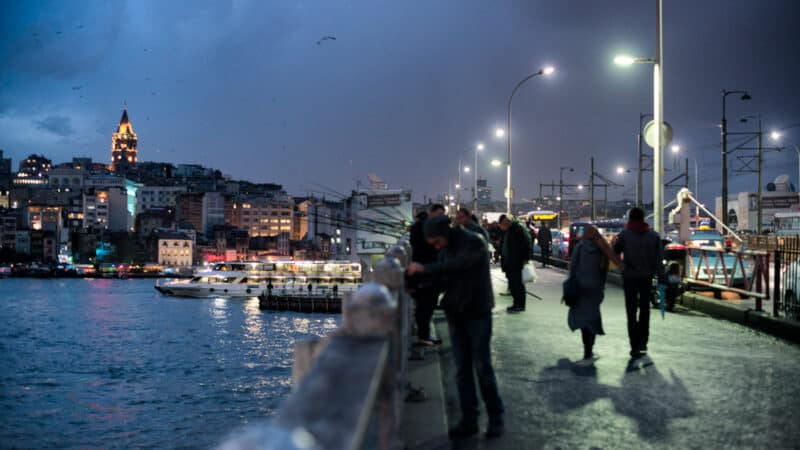 If you’re new to the world of interchangeable lens cameras–DSLR and mirrorless cameras where you can change the lenses–you might have come across mentions of “fast” lenses and wondered what that means. It’s sometimes also known as “fast glass”; “glass” is a way some photographers refer to lenses. But what does it mean for a lens to be fast?

There isn’t a formal threshold on what constitutes a fast lens or a slow lens. It depends largely on the focal length. At 400mm, a maximum aperture of ƒ/4 would be regarded as fast. But at 50mm, ƒ/4 is not fast at all–the threshold at that focal length is more like ƒ/1.4. There’s also a subjective element: what one photographer might define as fast might not be to another photographer. So it’s a pretty loose term and quite subjective.

The fastest lenses that are commonly available as consumer lenses are those around ƒ/1.2 or ƒ/1.4. Even faster lenses do exist–such as ƒ/1.0, ƒ/0.95, or even faster–but those are really niche products that tend to be much more specialized (and expensive (though not always)).

Does a Fast Lens Make a Difference?

There are two key attractions of a fast lens. Both relate to having a large maximum aperture.

Good Uses for a Fast Lens

While there are no specific restrictions on how and when you can use a fast lens, there are certain shooting situations that play to their strengths.

If you do a lot of natural-light shooting at night or in low-light situations (eg. a theater or performance), the larger aperture will give you more flexibility on using a faster shutter and lower ISO. A faster shutter will help with camera shake and motion blur (ie. sharper images), and a lower ISO will help with overall image quality (eg. image noise, dynamic range, color fidelity).

A fast lens is also good for isolating your subject from a foreground or background. The effect of this will vary on the precise situation and focal length you’re using, but it can be especially useful for portraits, for example. It’s most commonly used for isolating a subject in the foreground by blurring the background, but you can get some really interesting shots by reversing that or isolating a subject between foreground and background. Basically, a large aperture (and low depth of field) can be useful for any situation where you want to isolate the subject.

You can, of course, use a fast lens at smaller apertures–there’s no rule that says you must always shoot with it wide open (at the largest aperture). So just because you have a 50mm ƒ/1.4 lens, for example, there’s absolutely no reason you can’t shoot at ƒ/8 or ƒ/11.

There’s a lot to like about shooting with a fast lens, and I will nearly always reach for a fast lens when it’s available. But there’s also a few things to watch out for.

Most immediately, you’ll find that you’ll have to be more careful with focus. On a fast portrait lens, for example, you usually want to focus on the eyes. But it’s quite easy to get that a bit wrong and find when you come to edit the photos that the focus point is actually on the nose or ear. So it’s worth taking extra care to make sure that the focus is exactly where you want it. That becomes even more critical as you move into longer focal lengths (for example, you have to be more precise with an 85mm ƒ/1.4 than with a 24mm ƒ/1.4).

On higher-end cameras, you might also want to calibrate the focus point specifically for your combination of camera and lens (some high-end cameras have the option to do this).

Some Lenses Can be Soft Wide Open

It’s common for lenses to be less sharp at their largest aperture than if you step down a few stops. So an ƒ/1.4 lens, for example, is likely to be sharpest when you start getting into the ƒ/5.6 or ƒ/8 range. But when you shoot at ƒ/1.4, the focus might look a bit soft, especially around the corners and edges of the frame.

That’s not necessarily a bad thing. Indeed, you can put it to very good use creatively. But it’s just something to be aware of, and it’s worth testing a lens wide open before using it for a proper shoot.

This isn’t something specific only to fast lenses. It’s common with most lenses to some degree–it’s just that it can often be more noticeable with the narrow depth of field of fast lenses.

This is one of the core characteristics of individual types of lenses and one of the key indicators that photographers look at when assessing the quality of a lens.

Similarly, most lenses show some lens vignetting around the corners and edges of the frame when shooting wide open. That is, the corners and edges will appear a bit darker than the center of the image. Again, it’s not necessarily a bad thing–I actually quite like the look as a way of drawing the eye to the subject. But if you’re shooting something that requires even exposure across the frame–like paintings or architecture, for instance, it’s something to factor in.

The good news is that it’s often easy to fix in post. Most serious image editing apps, like Lightroom or Capture One or Luminar or PureRAW, have tools for correcting or compensating for lens vignetting. And some newer cameras even have built-in algorithms that compensate for it at the time you press the shutter (it’s usually a setting you can toggle on or off).

Not All Bokeh is the Same

Not every fast lens will have exactly the same quality of the blurred background (the bokeh)–some are more pleasing to the eye than others.

Some have a gorgeous, creamy texture. Others are harsher, and that can show up most prominently in high-contrast backgrounds. It’s just a characteristic of the optics of the lens, and each one is a bit different. It’s yet another thing that differentiates highly sought-after lenses from others.

Fast Lenses Can Be Expensive

Because it’s harder and more expensive to make a good-quality optical lens with a larger maximum aperture, fast lenses can be expensive. That’s especially true with longer telephoto lenses, which can get into eye-watering prices.

For example, a long telephoto with a maximum aperture of ƒ/2.8 is likely to be far more expensive than one with a maximum aperture of ƒ/6.3. Similarly, an ƒ/1.2 50mm lens is likely to be pricier than an ƒ/1.8 50mm lens. Of course, there are other factors in the price of the lens, such as optical quality, features like autofocus and stabilization, weather-resistant build, and so on, but

Fast lenses also tend to be more highly coveted by photographers, and good ones can command high prices in the used gear market.

Good Fast Lenses to Start With

If you want to see whether fast lenses are a good fit for your shooting preferences, there are many to choose from.

Renting lenses is a great way to try out something new. Good online rental services, like LensProtoGo and BorrowLenses, have huge ranges of gear available. And shipping is all part of the service.

And, of course, you can buy lenses, either new or used. As I said earlier, fast lenses can be expensive. But an excellent place to start is with the classic nifty-fifty. Picking up a 50mm ƒ/1.4 (or even ƒ/1.2) is relatively affordable but gives you an excellent tool to experiment in various shooting situations. There’s a reason it’s a staple of many photographers’ kit bags. 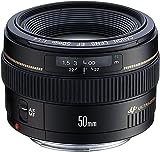 You can judge whether a lens is fast or not from its name (although that doesn’t tell you whether the lens is any good). Lens manufacturers generally stick to the convention of including the maximum aperture in the lens’s name. In some cases, there’s an aperture range. That’s with some zoom lenses and indicates that the maximum aperture changes depending on the zoom setting.

What Does a “Fast” Lens Mean?