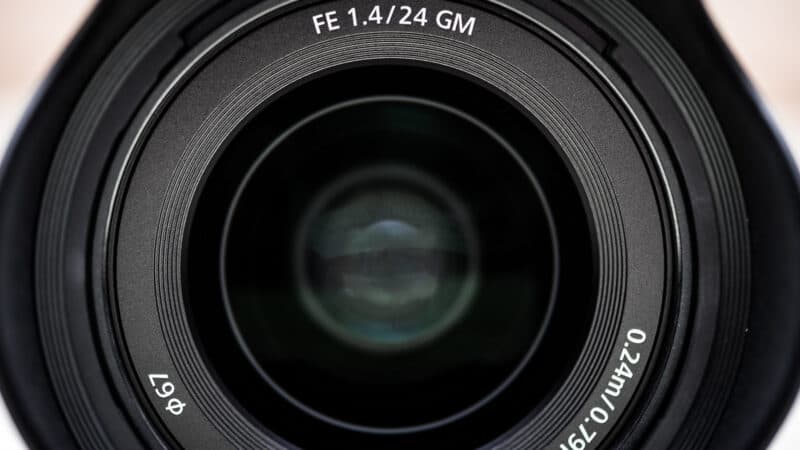 The aperture of a lens refers to the size of the opening in a lens that lets light through. The larger the opening, the more light that comes through to hit the sensor or film.

Back in manual cameras days, most lenses only let you set the f-stop at defined increments, usually of a full stop at a time. So you could choose ƒ/4 or ƒ/5.6, but there was no way to choose ƒ/5.

With today’s digital cameras controlling the aperture, we have much more fine-grained control. Even lenses that still have an aperture ring, such as the Sony FE 24mm ƒ/1.4 GM, the available increments are often much smaller than a full stop.

So we’re not limited just to these larger steps but can instead now set the shutter in 1/3 stop increments.

But because of the way aperture is denoted, with figures such as ƒ/1.6 or ƒ/1.8, it’s not particularly self-apparent what the jump between one value is to another–unfortunately, it’s not as simple as a basic decimal system.

So if you’re trying to calculate the effect on other parts of the exposure triangle. Or if you’re using a neutral density filter, for example, it can involve some head-scratching to work out what aperture you need to factor in an 8-stop ND filter–at least, it does for me. (If you find yourself in this situation working with very dark ND filters, there are some good phone apps that can help–search for something like “nd filter calculator.”)

I’m posting this F-stop chart here partly for my own reference and partly in case others find it useful. It covers the working aperture range of the majority of digital photography lenses on the market, which typically falls somewhere within the ƒ/1.2 through ƒ/32 range.

The column on the left represents full stops. So the jump from ƒ/5.6 to ƒ/8, for instance, is a full stop.

Aperture is not the same thing as lens diameter. While both refer to the size of a lens opening, the lens diameter is the fixed measurement of the outer end of the lens.

If you’re looking to find the filter size you need for a specific lens, I’ve put together some filter size and lens hood guides for some of the major lens manufacturers: