Here’s a collection of photos I’ve taken with the Fujifilm XF 18-55mm lens to give some practical examples of how it performs in real-world shooting conditions. 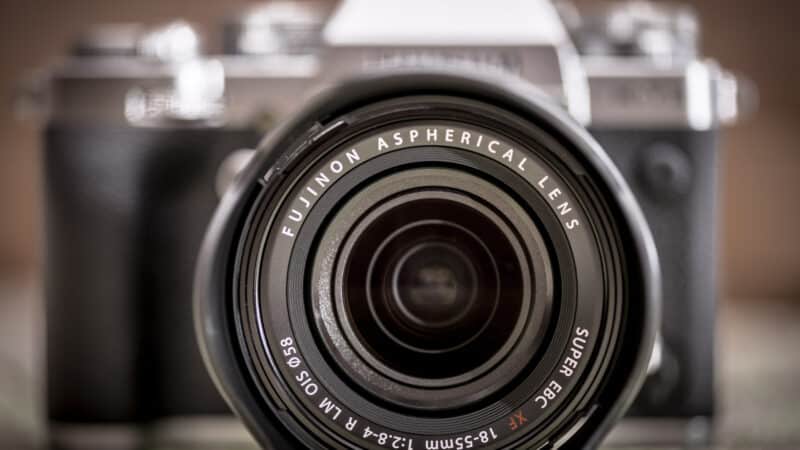 Fujifilm’s Fujinon XF 18-55mm ƒ/2.8-4 zoom lens is a popular choice as a kit lens with Fujifilm’s X-series of cameras. It’s relatively compact and highly versatile. The focal length ranges from wide-angle to a moderate telephoto (when accounting for the cropped sensor). Its maximum aperture of ƒ/2.8 (when zoomed out) comes in handy in the kind of variable lighting you get out and about on your travels. It also has optical image stabilization built-in, which is useful in many of the same types of conditions. And it has very respectable optical performance at a reasonable price.

All in all, it makes for a very appealing choice to take along with your X-series body for general travel photography and street photography. So I thought it might be useful to post some real-world examples of photos I’ve taken with this lens. My hope is that they might be useful to someone trying to decide whether the 18-55mm will be suitable for what they’re after.

This lens’s formal name is the Fujinon XF 18-55mm f/2.8-4 R LM OIS zoom lens. And while it is often included as a kit lens and bundled with bodies like the X-T3 and X-T2, it’s a big step up from the kind of lenses that give “kit lens” a strongly negative connotation. It’s one of the better kit lenses I’ve used, and it’s sold as a standalone product and makes for a great choice for a versatile, good-quality everyday shooting lens.

It’s also an aspherical lens, which means that it greatly reduces some of the common kinds of optical distortion that you can get with simpler lens designs. If you’re adding filters, it takes 58mm screw-on filters.

So here’s an assortment of photos I’ve taken with the Fujifilm XF 18-55mm lens on X-T3, X-T2, and X-T1 bodies. I’ve tried to include a range of different apertures and zoomed focal lengths while also emphasizing general travel-type photos. As you’ll see in some of the shots, the optical performance isn’t perfect—there’s some barrel distortion, especially when zoomed in, and there are sharpness issues at the smallest apertures around ƒ/22—but overall, the performance is quite good for such a cost-effective, compact, and versatile lens.

I’ve included the zoom and aperture information in the caption of each image, and you can open up a full-size version by clicking on the image.

You can rent it from BorrowLenses and LensProtoGo.

If you’re in the market for a used copy, there are good odds of finding one at KEH.

Manual. You can find the manual here (PDF).