Among the Burst Mode options on newer GoPros is an Auto setting. It prioritizes better exposure over forcing the number of shots. Here’s how it works. 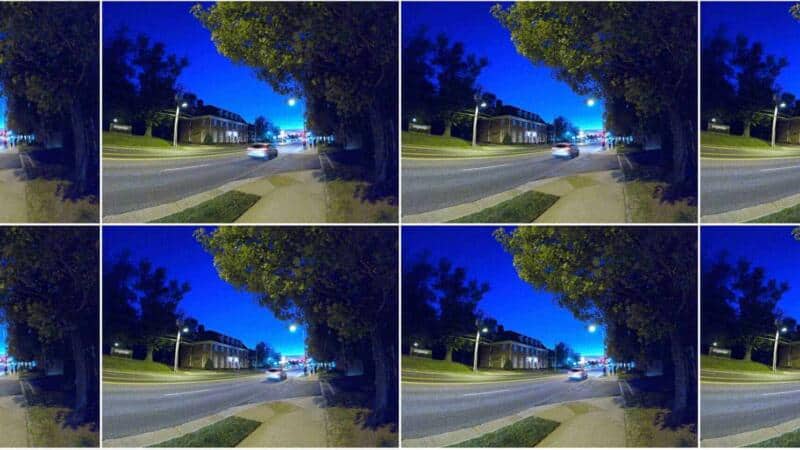 When the GoPro HERO6 Black was released in mid-2017, it included a new feature that’s not well explained in the instruction manual. It relates to the Burst Mode for taking a rapid sequence of photos. Newer models, such as HERO10 Black, HERO9 Black, and HERO8 Black also include this feature.

For the most part, the Burst mode options on the HERO6 Black are identical to its predecessor, the HERO5 Black. They both have these options:

If you read the manual (p.59) you’ll find this explanation for the setting:

That’s it. That’s not especially helpful, and it wasn’t clear to me at first what that meant. So I did some experimenting to figure it out.

Basically, it works like this: Most of the time, you’ll get the same results using the 30/1 setting or the Auto setting. The Auto only comes into play if the shutter speed drops below 1/30 second.

It’s conceptually similar to the low-light option when shooting video. It’s a fallback that prioritizes exposure quality over slavishly hitting a prescribed number of frames.

Here’s an illustration of what I mean. These burst mode sequences were shot simultaneously on two cameras.

The first example is the result of using the 30/1 setting. Sure enough, it took 30 photos. Each had a shutter speed of 1/30s, the slowest that was possible to still fit in 30 photos in one second. But because of the low light where a shutter speed slower than 1/30 was really needed, they’re all under-exposed.

Here’s a sequence shot simultaneously on a HERO6 Black with the Burst Mode: Auto setting turned on instead.

This time, the camera put a priority on taking properly exposed images. That required slowing the shutter speed to 1/12s. That, of course, meant that there was no way to take more than 12 photos within a second.

So what the Burst Mode: Auto setting did was prioritize a better exposure, even if that means slowing the shutter speed below 1/30s and therefore not being able to take the full 30 photos within the time limit.

There are a couple of related things worth mentioning.

Because the aperture of the GoPro lens remains constant at f/2.8, it means that only the other two sides of the exposure triangle can be changed to adjust for proper exposure: ISO and shutter speed.

In Burst Mode, the exposure isn’t calculated for each individual shot. It’s calculated upfront and the same exposure settings are applied to all the following photos in the sequence.

So, in short, the Burst Mode: Auto setting takes as many photos as it can in 1 second while still using correct exposure, even if that means using a slower shutter speed than 1/30 second and therefore taking fewer than 30 frames in that second.