The MeFOTO Globetrotter Air is a compact aluminum travel tripod designed for use with DSLRs and mirrorless cameras. Here’s how it stacks up. 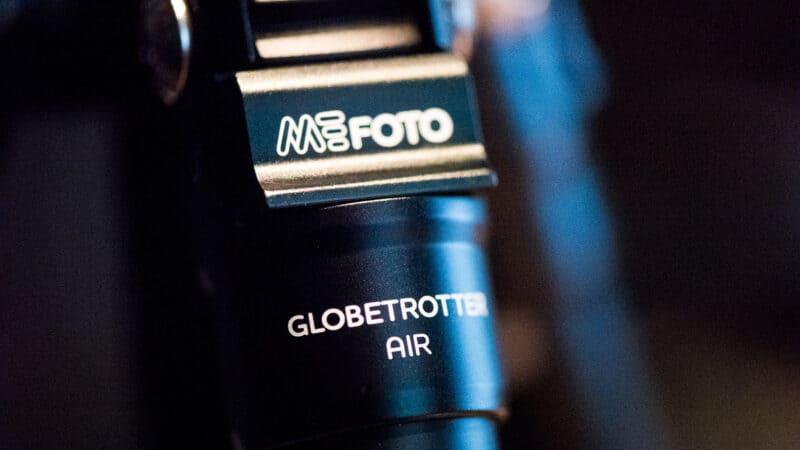 MeFOTO is a relatively new player in the tripod game. They’re part of the Mac Group, which also includes the Benro and Induro brands of tripods as well as Tenba camera bags. While Induro and Benro have much broader product ranges, MeFOTO focuses exclusively on highly portable tripods and accessories that are directly related, like smartphone adapters.

I’ve used a couple of MeFOTO’s tripods before and been impressed. I don’t know how much collaboration goes on behind the scenes between the various tripod brands in the Mac Group, but I’ve found MeFOTO tripods to be well put together.

This one, the MeFOTO GlobeTrotter Air, is a newer model. It’s a compact and ultra-portable aluminum travel tripod. It’s the heaviest duty in their Air series and is designed for DSLRs. For smaller, lighter cameras, there’s also Backpacker Air and Roadtrip Air ranges. MeFOTO and B&H Photo sent me one of the Globetrotter Air tripods to try out, so I put it through its paces on a recent trip to Mexico City.

It’s only available in aluminum. I typically prefer carbon tripods for their weight savings and extra rigidity when they’re available, but there is no carbon version of this one. It’s possible that might have something to do with the distinctive locking mechanism used here.

Like many of the current generation of travel tripods, the legs fold back over the center column in order to make an ultra-compact package for portability. When you want to use the tripod, you flip them back the other way, opposite to the way the center column extends.

The legs are in five sections that extend. Fully extended, they reach about 68 inches (1.7 meters), and folded down completely, they tuck away to a package that’s just a little over 12 inches (30 cm) long. Folded up, it’s among the smallest available and easily fits in carry-on bags and many walking-around backpacks. In my international carry-on sized wheeled bag, it even fit across the bag, not just lengthways.

Extending the leg sections is handled a bit differently than most other tripods. Most tripods use a staggered retraction system where the lower section sticks out from the one immediate about even when fully retracted. With this tripod, all of the lower section telescope from inside the outermost section. Or, put another way, all of the inner sections disappear completely into the outermost section. A single twist from the rubber foot locks each of the sections in place; MeFOTO gives the system a fancy name–HyperLock—but it’s basically the same as that used on some selfie sticks, albeit a bit more robust.

There are some upsides to this approach. Fewer locking mechanisms simplifies things and can reduce weight. It also means that the very lowest leg segment is thicker and sturdier than some of the flimsy sections in other tripods.

There are also some downsides. While it’s technically possible to lock each section independently, it’s not easy to do. In many uses, you may not need that level of precise control, but there are some users for whom it will be an issue. You can, of course, set the length of extension of each leg independently.

The rubber foot serves as the lock grip, and the feet aren’t removable.

Something I haven’t tried is using it around the combination of water and grit. Those can be enemies of telescoping extensions at the best of times, and I have a suspicion that they might be especially problematic with the system that this tripod uses. I’ve found no easy way to disassemble the legs to clean them out. But, as I say, I haven’t yet tried it in those conditions, and it’s speculation on my part for now. Landscape shooters, in particular, might want to do some testing before heading out on a critical shoot.

The center column uses the same kind of extension system, and fully extended, it’s unusually long. It’s surprisingly free of any give in the joints, but I did find that it was hard to get a secure lock where it wouldn’t slip down if you tried pushing it down. Part of the problem is that you need to hold onto something to make the twist-lock work, and the natural place to do that is the tripod head itself. But if you don’t have the rotating pano axis locked securely, you don’t really get a good grip. Even with that properly locked, though, I never found a way to lock it so securely that it still couldn’t rotate under pressure. I never had it slip under the weight of a camera, but it does introduce an unwanted element of doubt and is a weak area with this model.

The center column is also reversible so that you can shoot low to the ground for macro work or for a low perspective.

Unlike some other tripods, you can’t attach the center column to a detachable leg to make a monopod. But you can remove the center column to make what MeFOTO calls “a built-in selfie stick.” That’s mostly the marketing department getting a bit carried away, and I’m not sure how useful that “feature” is in practice, but MeFOTO has thrown in a small Bluetooth remote and clip for good measure.

The ballhead is pretty straightforward. It uses a standard configuration of four locking knobs. One locks the 360° panning base. A large one controls the clamp on the ball. And, in a nice touch that isn’t available on MeFOTO’s smaller models, there’s also a friction control knob that provides an extra level of control over the ball clamp. And a third clamps on the quick release plate.

It comes with an Arca-style quick release plate.

I like that it includes a friction control in addition to the main ball lock. That gives you more control over positioning, especially with heavier camera and lens combinations.

But there’s one big negative for me: the ballhead isn’t removable. At least, not easily. You can’t just unscrew it and replace it with another one. There are some screws in its base that suggest you might be able to remove it if you go to some trouble, but I haven’t tried it, and it’s not designed to work that way in normal use.

Making tripods sexy isn’t easy. One of the approaches several manufacturers have tried lately is offering a choice of colors. So if you old-fashioned black isn’t quite your style, this one comes in a choice of 6 colors in addition to the traditional black: blue, green, orange, red, titanium (silvery grey), and purple.

You can even get matching Arca-style quick release plates to keep things color coordinated (or mix things up, if that’s your fancy).

It comes with a light fabric carrying case (not padded) and a quick-release plate. There’s also an Allen key for adjusting the tension of the joints where the legs attach to the shoulder. And there’s a simple, small Bluetooth remote (model MK10) and clip-on holder, and a basic phone holder so that you can mount your smartphone on the tripod.

Check the price and availability of the MeFOTO Globetrotter Air Travel Tripod at: