MeFoto’s Globetrotter is designed as a go-anywhere travel tripod for DSLR and mirrorless systems. It’s small, compact, and very competitively priced. Here’s how it stacks up in use. 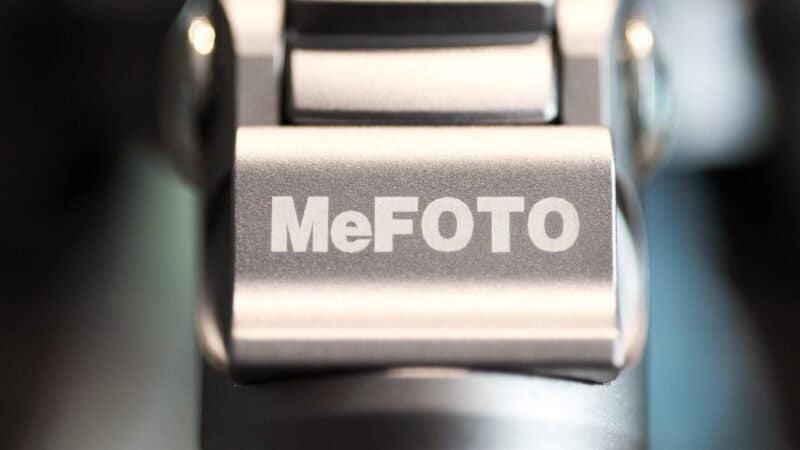 MeFOTO’s GlobeTrotter is the largest in MeFOTO’s family of tripods and is designed to hold larger DSLR bodies. It comes in carbon fiber and aluminum versions. I tested the carbon fiber version. 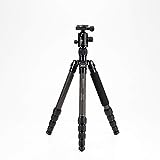 It’s a compact travel tripod with the legs extending in five sections. It folds down to an impressive minimum length of 16.1 inches and weighs 3.7 lbs with a maximum load capacity of 26.5 lbs. MeFOTO claims that it will hold up to a 70-200 f/4 lens steady, but that of course depends a lot on conditions.

I was pleasantly surprised with my first impressions. It feels solid and well-made. I’ve not used MeFOTO products before, and the price point suggests cheap. But this is an excellent example of where cheap is not the same as inexpensive. It feels solid.

The locking mechanism employs twist locks with rubberized grips. They don’t feel as refined as some of the more expensive competitors like the Gitzos, but they do what they’re supposed to do. The shafts of the legs are carbon fiber, with the joints aluminum. One leg has foam padding (very handy when it’s very cold). In general, these types of locking mechanisms do pretty well at keeping dirt and dust out that might interfere with the lock, but they’re not perfect.

When folding the legs out, the legs move freely with an appropriate amount of resistance. I found the locking mechanism to be a bit unusual. Rather than a spring-loaded lock when the leg angle gets to the locking point, you have to manually push the lock in. To unlock, you pull it out again. It seems to work well enough, although I prefer the spring-loaded version used on the Gitzos. When you’re focusing on the scene you’re shooting rather than the tripod itself (or it’s just dark), it would be fairly easy to not push the lock in far enough to actually lock. The lock is also stiff enough that it’s not as easy as it could be to unlock and fold a leg with one hand. But it’s a relatively minor issue and is presumably one of the areas that explain the lower price bracket.

There are two options for choosing an angle to lock the legs at. One is a pretty standard angle of about 30 degrees or so. But the other is a much larger angle (eyeballing it, I’d say it’s around 60 degrees or so) that creates a much wider stance. If you’re shooting low to the ground, it’s an very good option for adding extra stability thanks to the broader base.

And if it’s important that you get even lower to the ground–for shooting wildflowers, for example, or just getting a low perspective for a landscape–you can buy a separate short column as an accessory that allows you replace the standard center column that brings the minimum operating height down to 13 inches off the ground. Available here

The feet screw out to extend up to an extra half inch or come out completely if you want to replace the standard rubber feet with steel spikes (included).

There’s also a center-column hook that you can use to hang weights or bags to add some stability, particularly in breezy conditions.

The locking mechanisms use pretty standard rotary dials. There are three dials–one for lateral rotation and two for locking the ball. It’s probably one more dial than is really necessary, but the extra dial does give you slightly more fine-tuning control.

It’s a very handy feature, although it’s not necessarily a replacement if you rely on a compact travel monopod, simply because when used as a monopod, it’s still fairly tall with a minimum length a shade under 30 inches. That’s not going to fit in a bag easily while assembled. You also end up with the slightly odd situation of the foam grip being well below the camera, which is not the ideal place for it in use.

But it is nevertheless a clever design that creates a feature that is well worth factoring in when you’re deciding which tripod to buy.

It comes with a very good sling-style case that is sturdy enough that I would feel comfortable checking it in as checked luggage on a flight if I really had to (though, having had tripods damaged in checked luggage before, I try not to do it unless there’s no choice). The case fits snuggly and is convenient for carrying around. There are no external pockets, and you can’t really fit anything substantial in there in addition to the tripod (like a lightweight pano head, for example). While it’s not as nicely made as something like the Really Right Stuff tripod bags, it’s hard to quibble with it when it’s already included.

This is the first tripods I’ve seen that comes with a large variety of color trims: blue, red, green, titanium, and black. The colors apply to the hinges, the head, and aluminum rings of the locking mechanisms. It’s a bit of a gimmick, but I can also see some practical uses for distinguishing your tripod from others quickly if you’re traveling with a group of photographers or if you have multiple tripods set up differently.

Color me impressed. There are some finer points that are less refined than on some of the more established (and more expensive) tripods like the Gitzo travel tripod series. But the MeFOTO GlobeTrotter performs well and has some really nice touches such as the included travel case and ability to convert to a monopod.

But the killer feature is its price point, which at about 1/3 of some of its direct competitors. That’s hard to argue with and makes it hard to find fault with this tripod. Only time will tell whether its leg extension locks last as long without loosening or a cheaper quality carbon fiber weakens more quickly. But the reality is that you can still buy another two replacements and still come out at about the same price as some of its more refined competitors.

Images and product information from Amazon PA-API were last updated on 2022-11-25 at 14:20. Product prices and availability are accurate as of the date/time indicated and are subject to change. Any price and availability information displayed on Amazon Site at the time of purchase will apply to the purchase of this product.