The Nikon D3500 doesn’t offer the option to choose a different aspect ratio when taking photos, but here’s a partial workaround that works for small numbers of images at a time. 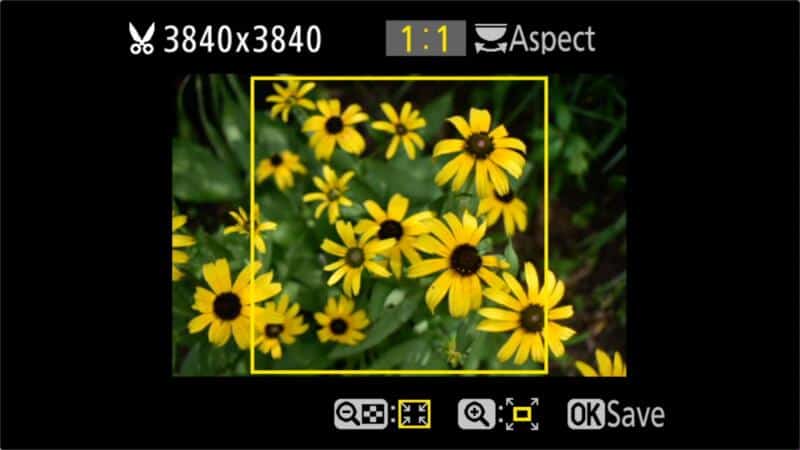 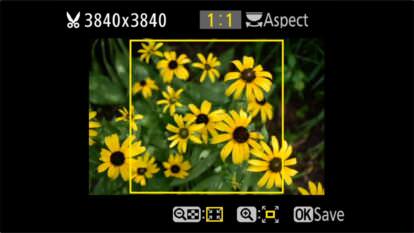 First, the not-so-good. There’s no way to adjust the shooting aspect ratio in the D3500. You can change the size, which applies to the pixel measurements, but you can’t actually change the aspect ratio of the images as they’re shot. Regardless of which picture quality and size settings](https://havecamerawilltravel.com/nikon-d3500-picture-quality-size-settings/) you choose, still images are always shot with the D3500 at 3:2 aspect ratio (video is always 16:9).

What you can do, however, is crop the images after the fact in the camera. What you need to do is go to the Retouch Menu and then use the Trim function. 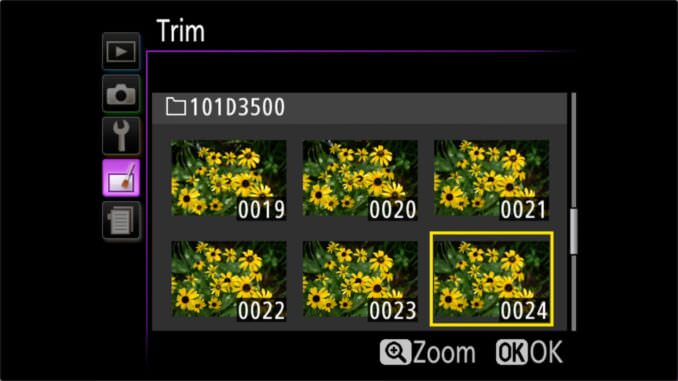 There, you’ll find options to crop the aspect ratio to 4:3, 5:4, 1:1, and 16:9. You access each of these preset templates rotating the options dial at the top right of the back of the camera. 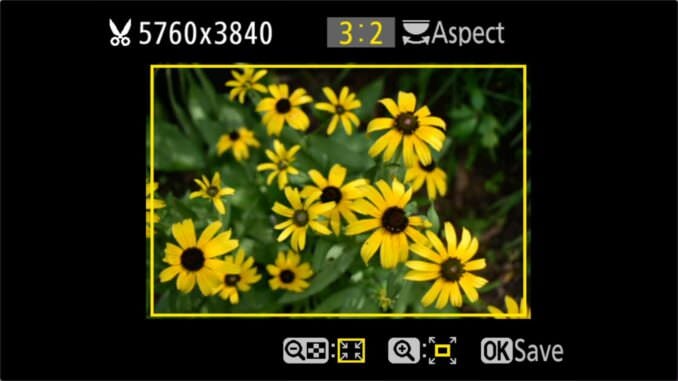 This is the aspect ratio of older TVs and computer monitors. It’s squarer than the 3:2. 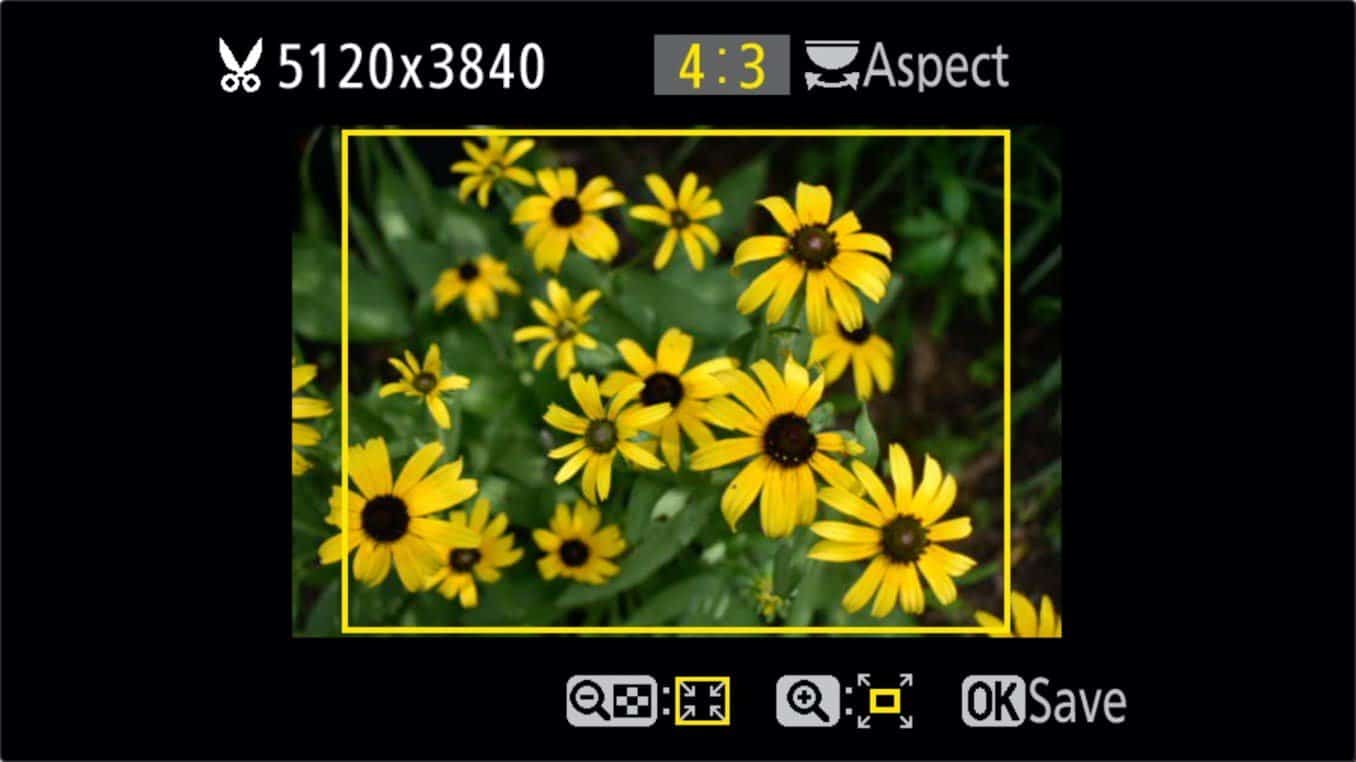 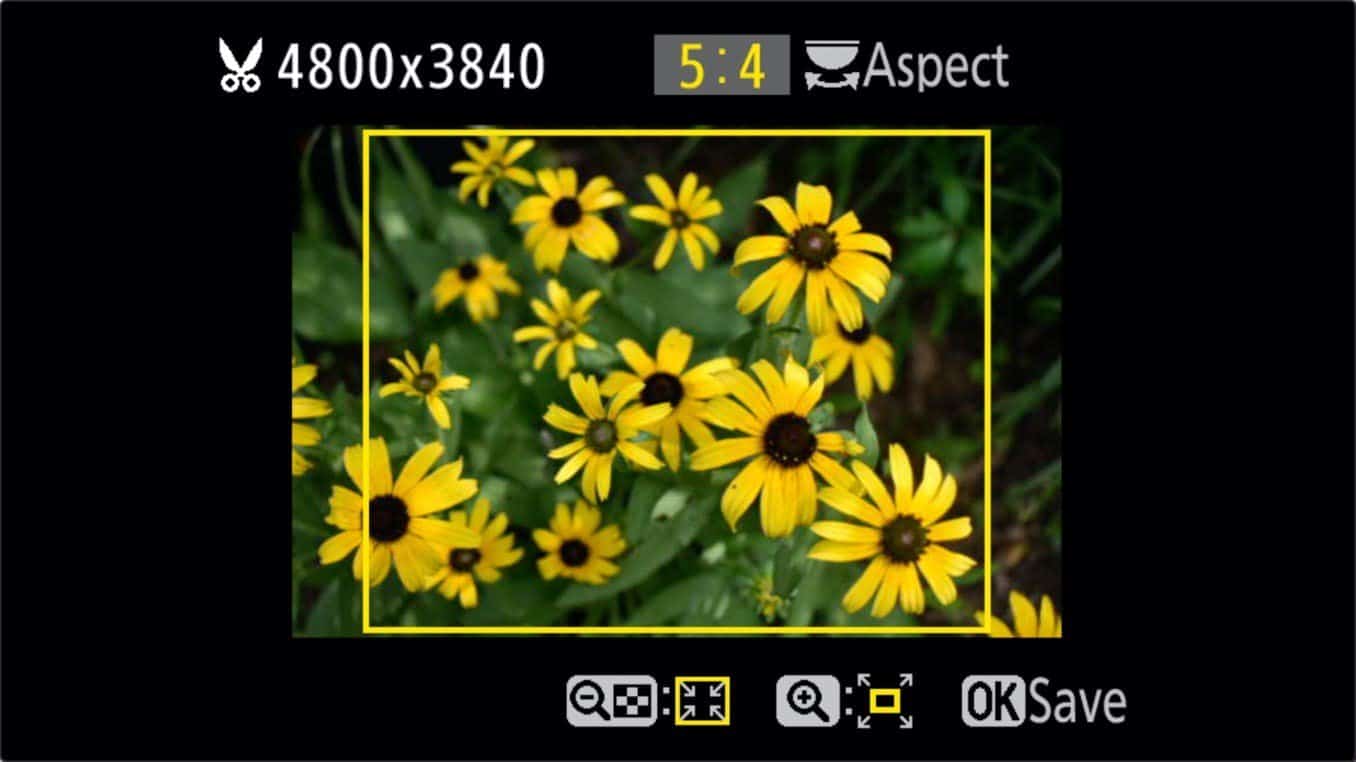 Otherwise known as a square, it’s useful for uploading to Instagram, for example. 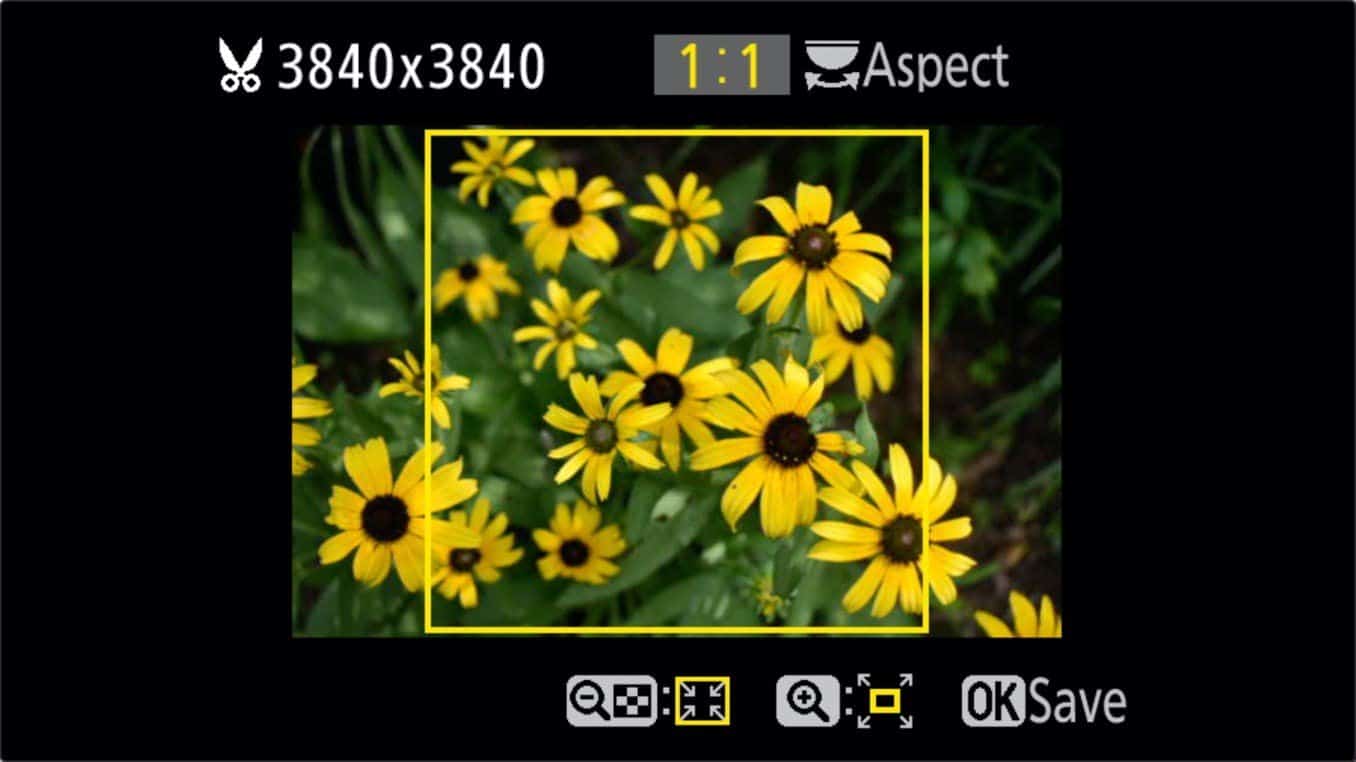 This is the wider, narrower aspect ratio that’s standard with HDTVs and many computer monitors these days. It’s less common for printing. 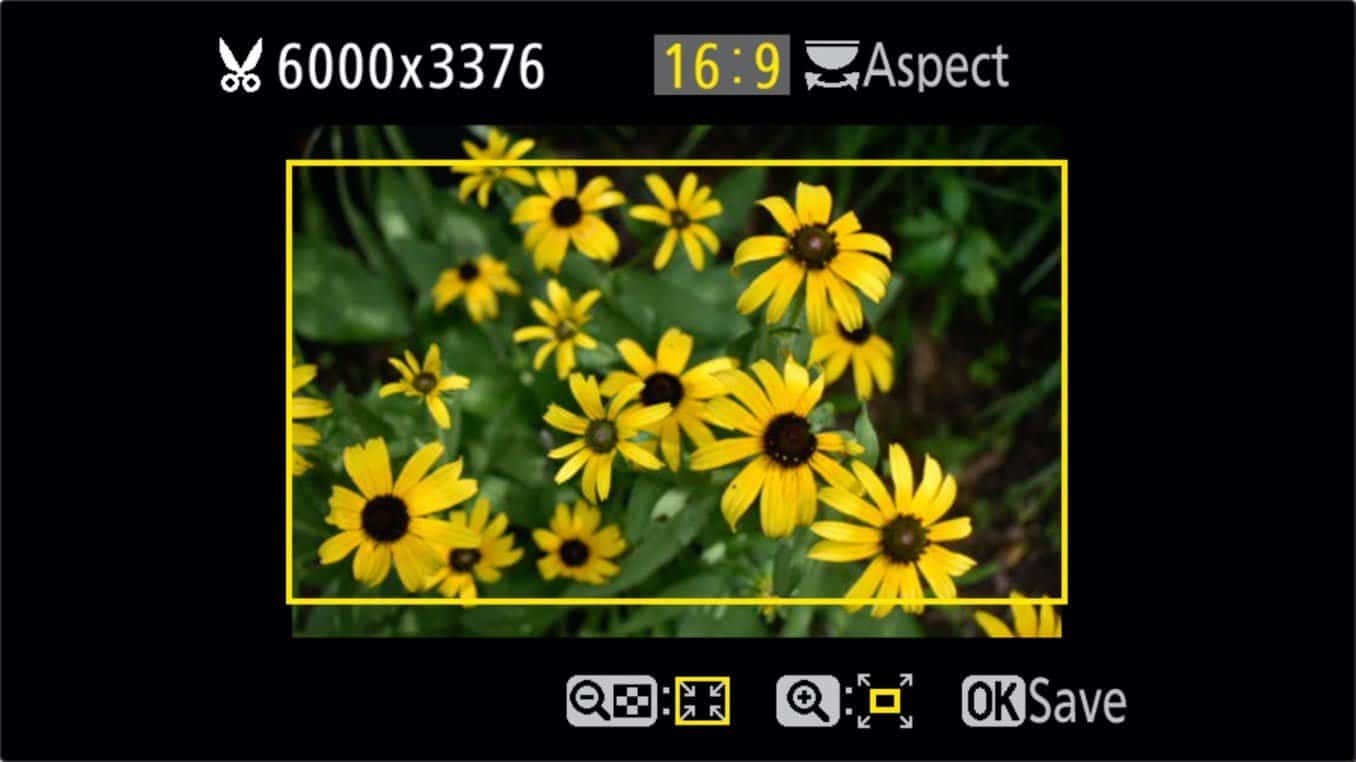 You can control the position and size of the crop.

To move the crop frame, use the direction buttons around the OK button on the back of the camera.

To resize the crop frame, use the Zoom In and Zoom Out buttons. They’re both on the back bottom left of the camera–the magnifying glass symbols with the plus and minus signs. As you resize the crop frame you’ll notice the pixel dimensions at the top right adjust. You’ll also notice that the resizing is a fairly blunt instrument because it adjusts in steps rather than smoothly. 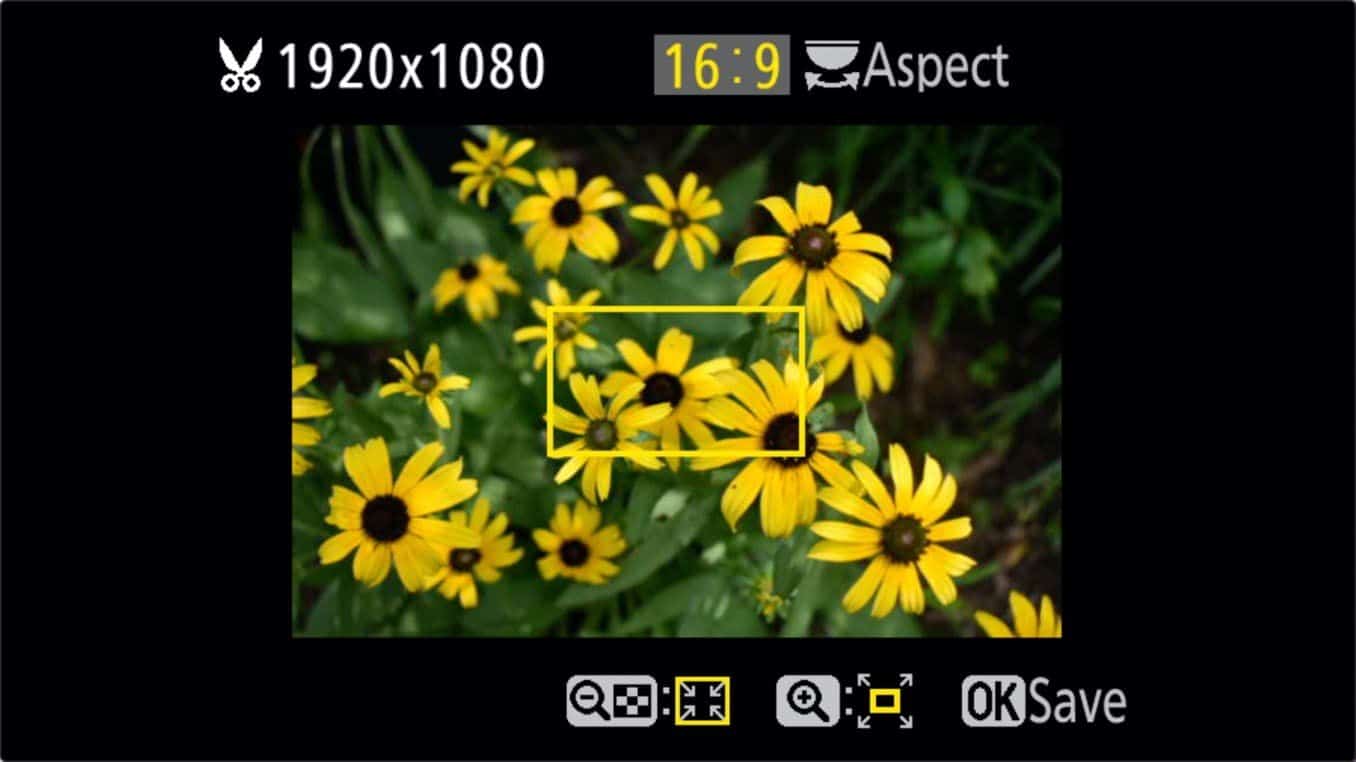 There are limitations. For one, it only applies to JPG files. If you’re shooting with the RAW NEF files, you can apply the trim and it will save a new JPG file alongside the original NEF. The original NEF will remain untouched.

For another, you can only work on a single image at once, so if you’re hoping to do it for a sequence you’ll find it exceedingly tedious.

So it’s not a true replacement for the option to set a shooting aspect ratio, and it doesn’t work well for multiple images. For more fine-tuned control or to apply the crop to multiple images at once you’ll be better off doing it in post with something like Lightroom. But it does come in handy if you want to share a photo with a different aspect ratio directly from the camera.

Can the Nikon D3500 shoot panoramas? The D3300, a couple of models earlier, had a built-in panorama mode. Nikon has done away with that in the D3400 and D3500. It’s still possible to shoot panoramas with the D3500 by shooting the image sequence and stitching it together using panorama stitching apps. It takes more work and post-processing, but the results are potentially much better. I’ve put together a guide to shooting panoramas with the Nikon D3400 here; the same process works with the D3500. 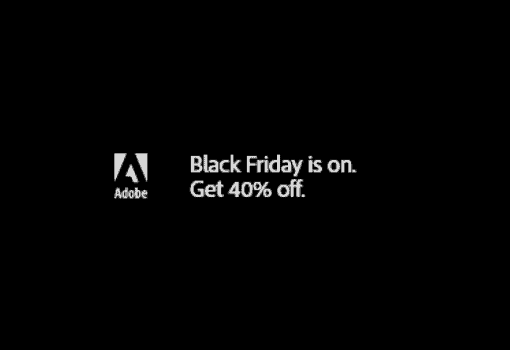