Here’s a rundown of the various features and modes of the Nikon D3500 for shooting video. 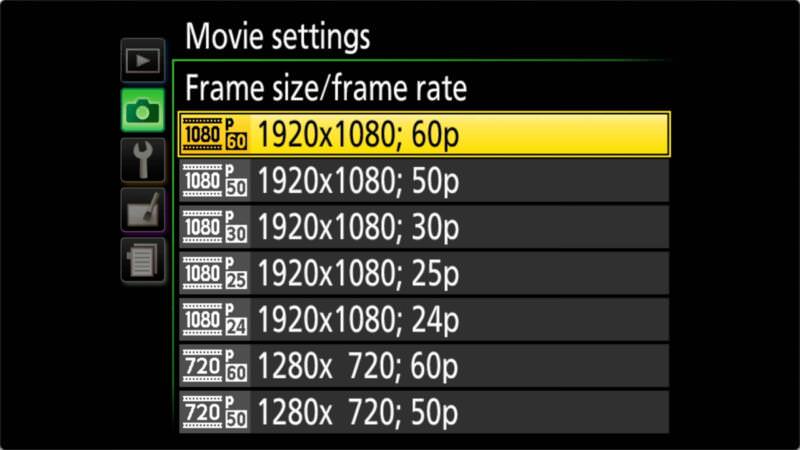 The Nikon D3500 is primarily a photo camera, and that’s where the emphasis is for most of its features and modes. But you can shoot videos (or movies) with it, even if the video features are quite basic.

The video saved by a D3500 has a .MOV file extension. It’s encoded with AVC, and the audio is encoded as 48 kHz PCM stereo.

All video recorded by the D3500 (and most other cameras) is compressed before it’s saved to the SD card. The video bitrate is the amount of data that’s used to represent the video image, measured per second. The higher the bitrate, the higher the potential quality, but also the more space it uses on the memory card and the faster the data needs to be written to the card. The lower the number, the more the video is compressed and the lower the potential image quality. In other words, it’s a lot like the compression of JPG photos—the more you compress them, the smaller the files, but the more the image quality suffers.

The Nikon D3500 has two quality settings for each of the sizes and framerate combinations: High quality and Normal. These correspond to different bitrate settings.

The Nikon D3500 records video at a bitrate of between 12 Mbps and 36 Mbps.2 The precise setting depends on which resolution/framerate combination you’re using as well as whether you have the quality setting at Normal or High. This table shows which bitrates are used with what settings.3

Those settings are quite low, which further reinforces that the emphasis with this camera is on shooting still images. Some high-end consumer cameras, for instance, can shoot at up to 400 Mbps.

The maximum time you can shoot a single, uninterrupted recording is 20 minutes. It will automatically stop the recording after that time, and you’ll have to restart shooting another clip if you want to shoot more.

For background, here’s a good explanation of the various reasons DSLRs like the D3500 have recording limits.

The D3500’s video features are quite basic, and you won’t find things like in-camera video stabilization, newer codecs like HEVC, or raw video capture.

How to Shoot Video with the Nikon D3500

The basic way to shoot video is simple, but there is a catch that’s not immediately self-evident. If you just press the video record button (the small button with the red dot, next to the main shutter button and power on/off switch), you probably won’t get any response.

That’s because what you have to do first is to turn on the LiveView to show the image on the back screen. To do that, use the small lever on top next to the mode dial. Pull it back to toggle LiveView on and off.

Aside from the resolution and framerate combination, the D3500 also has these options available. You can find these in the camera’s menu system under the camera icon and then Movie Settings. 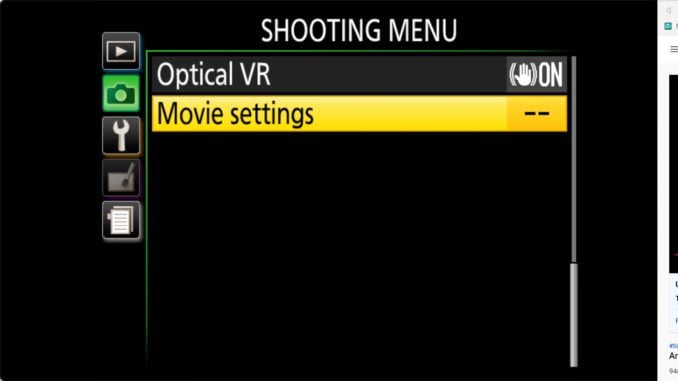 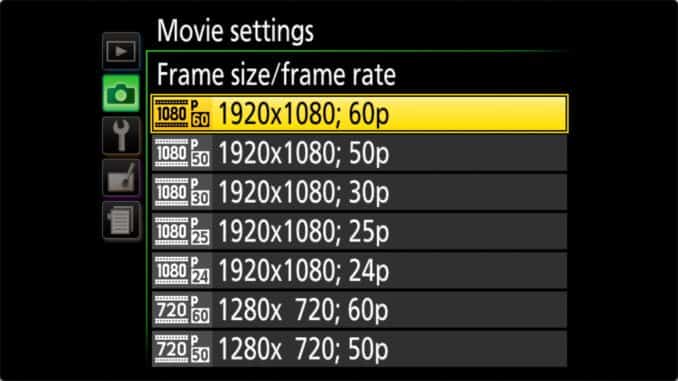 You can choose between High and Normal. These correspond to different bitrate settings. 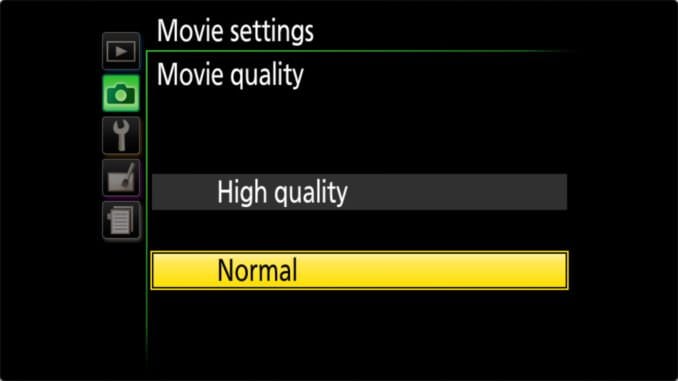 The D3500 has an onboard microphone for capturing audio. It does not have a port for an external mic.

The sound quality of the onboard microphone isn’t great, and if audio quality is important, you’ll get much better results from an external recorder (or upgrade to a higher model that at least has a port for an external mic).

That said, these are the options the D3500 has for controlling the microphone.

For general run-and-gun shooting, the Auto sensitivity is probably what you want.

The manual option is better for planned shoots where the sound is important, such as a musical or vocal performance (but an external recorder would be even better for those).

But if you’re shooting video only and don’t need or want the audio, you can turn the microphone off. It’s useful if, say, you’re shooting scenic footage and plan to add a soundtrack later. It’s easy enough to remove an audio track in a video editing app, but this just saves a step. 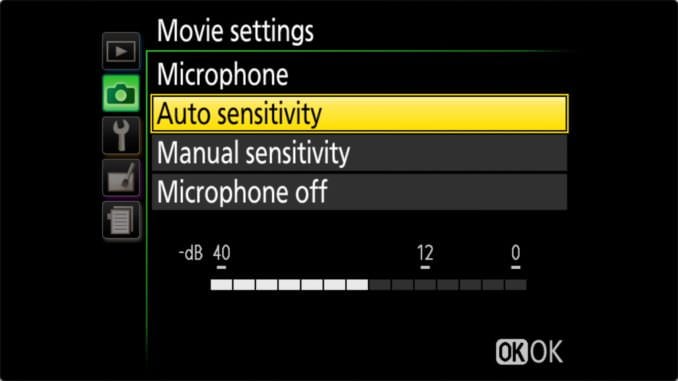 This is an audio filter that tries to reduce the whooshing sound that microphones pick up when the camera is moving or in the wind. It works okay, but is still only a basic level filter. 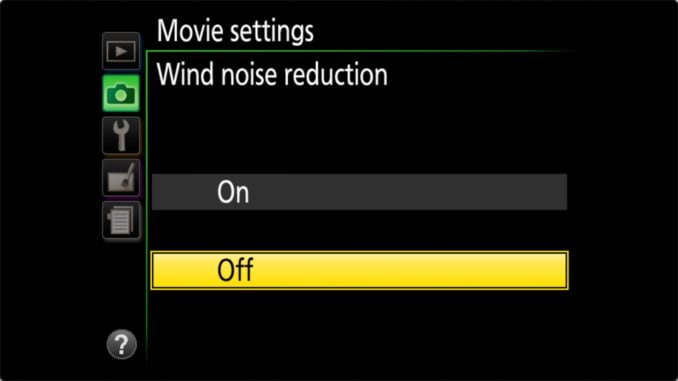 There is an exception. You can also wrest some manual control over the shooting settings by enabling the Manual movie settings option. Setting this to On lets you manually select the shutter speed and ISO. 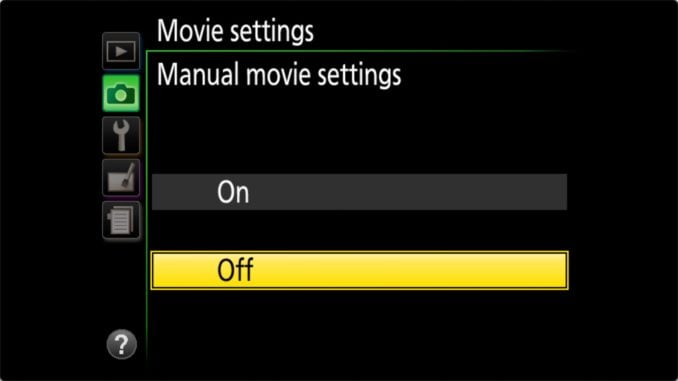 To do this, first enable the setting under Shooting Menu &gt; Manual movie settings. Then rotate the top dial to M and select the shutter speed and sensitivity. You can then start recording the video with those settings.

The D3500 has some basic image editing features built in, but nothing in the way of video editing. So you’ll need to do that elsewhere. I’ve put together a detailed guide on how to download Nikon D3500 photos and videos separately.

What Kind of SD Card to Use?

Some cameras need very fast SD cards to keep up with the amount of data being written to them when recording video. The D3500 isn’t one of them.

With relatively low video bitrates, the D3500 isn’t particularly demanding of the speed of the SD card. So you don’t need the fastest and most expensive card for this camera. I’ve put together some practical suggestions on the best SD cards for the Nikon D3500 here.

The D3500 has a built-in HDMI port that you can use in combination with a display or video recorder to capture a live video feed.

The HDMI port is for a Type C connector, also known as a Mini-HDMI connector. Nikon’s model number for their own HDMI cable is HC-E1, but in practice you don’t need to use the Nikon-branded version.

The maximum continuous shooting time for a single clip is 20 minutes. Unless you’re shooting 1080p60 or 1080p50 with the High Quality Setting on, in which case it’s a maximum of 10 minutes.

There’s no in-camera video stabilization. That’s something you’ll have to apply in post-production (or when you upload to a service like YouTube that offers that feature).

Shooting video chews through quite a bit of battery power, so expect to deplete the battery more quickly than if you’re just shooting stills.

All the usual optical tools on the lens are available, including zooming and manual focus.4