How to Use the Nikon D7500’s Virtual Horizon Tools

The Nikon D7500 has built-in virtual horizon tools that provide a more precise alternative to the old-fashioned bubble level method of making sure you’re shooting level. Here’s how to use the three different versions of it. 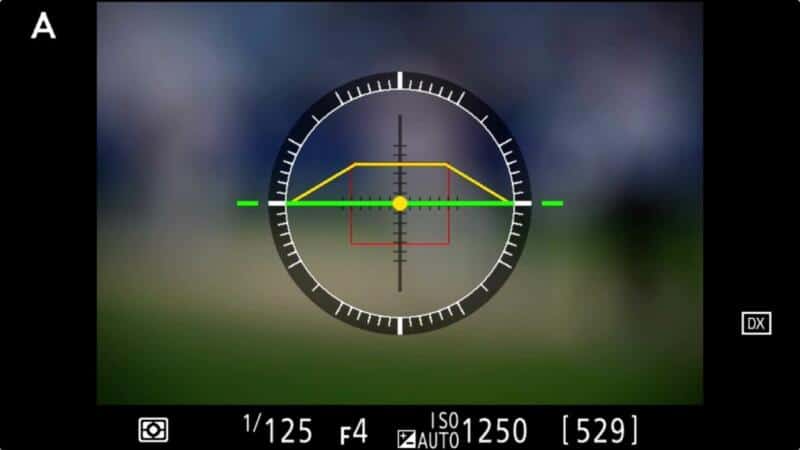 Bubble levels mounted in the camera’s hot shoe or on a tripod head are good old-fashioned ways to ensure that you’re shooting level, but the Nikon D7500 also has other options that can be even more precise. It’s the virtual horizon tool.

It looks like something you might see in an airplane cockpit. But not only does it measure rotation, it also measures pitch. That is, whether the camera is titled up or down.

On the D7500, there’s not one but three implementations of it, each with its own specific way to access it.

Basic Virtual Horizon on the Back Screen of the Nikon D7500

The most basic version is a virtual horizon graphical indicator on a simple black screen. It’s fundamentally the same as the Live View version, which I cover below, but can be useful in situations where you don’t want to switch on live view for whatever reason or need a high-contrast, uncluttered version. It’s a single-purpose display that takes over the whole screen.

To turn it on, use the camera’s menu. Go down to the wrench icon and scroll down to the Virtual Horizon item.

It turns itself off after 60 seconds.

Virtual Horizon through the Viewfinder of the Nikon D7500

This feature is programmed by default to the customizable Fn1 button, which is tucked away between the handgrip and the lens on the front of the camera. It’s easily accessible with your middle finger when you’re holding the camera with a normal shooting grip. If you happen to have reassigned that button, it’s simple to put it back to the default.

Go into the menu and scroll down the Custom Setting Menu (the pencil icon).

Then go to section f (Controls). Setting Fn1 Custom control assignment is what you’re looking for.

Once you go into that (press right), you’ll see where you can assign custom functions to various buttons around the camera. If you want to restore the virtual horizon to the Fn1 button, as per the default, you can do it here. But you can also assign it to the Fn2 if you prefer.

You can also turn on a virtual horizon when using Live View on the back screen. It’s one of several types of informational graphic that is available with Live View, but they’re not all available at once. To enable it for the Live View, first, turn the Live View on by hitting the LV button on the bottom right of the back of the camera.

Then press the info button, which is directly opposite on the other side of the screen. Keep pressing it to cycle through the graphic displays.

It behaves the same way as the basic virtual horizon.

How to Read the Virtual Horizon Graphic on the Nikon D7500

Because it’s a visual indicator, it’s something easier explained with some examples, so I’ve included some below. It shows both the amount of rotation and the amount of tilt.

This, for example, is what it looks like when the camera is completely level both in rotation and in aiming flat. You’ll notice that there’s a single green line. The line changes to green when it’s perfectly level (it also works in portrait/vertical mode).

This is what it looks like when the camera is level across but the lens is pointed down a bit. You can see the yellow lines that simulate a perspective view of a box painted on the ground. The green horizontal line indicates that there’s no rotation.

This is the same thing, except with the lens pointing slightly up.

In this example, the camera is rotated anti-clockwise and tilted down, but not pointed down as far as the one above–you can tell because the box doesn’t extend as deep.

It’s sold in a variety of configurations, from the body only to bundles with kit lenses and accessories.

Popular Accessories for the Nikon D7500 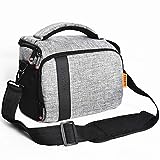 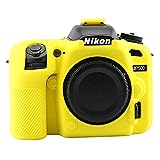 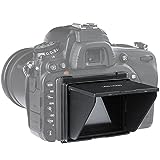 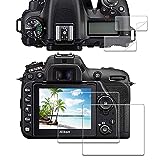 How to Use the Nikon D7500’s Virtual Horizon Tools