Oben’s VH-R2 Tilt Head for monopods is a solidly built tilt head that can handle the weight of most telephoto lenses. Here’s my hands-on review. 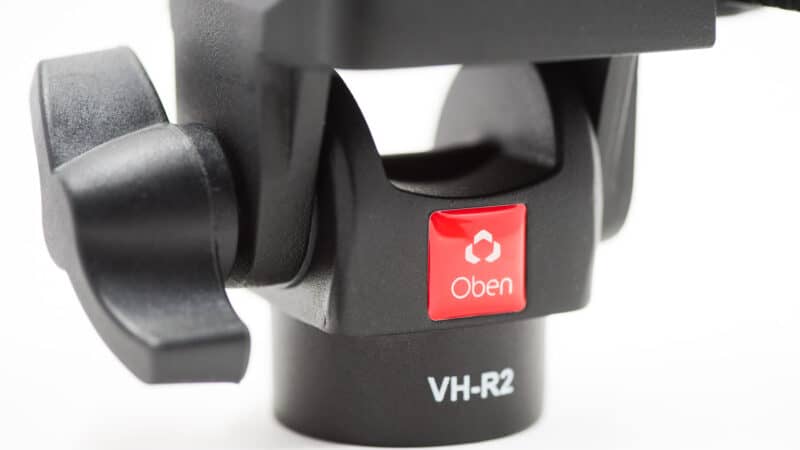 Tilt heads off a simplified way to mount cameras on monopods. They offer more flexibility than attaching the camera directly to the top of the monopod without a head, but are simpler and quicker to operate with one hand while using a heavy telephoto lens and camera combination than using a ballhead.

The one I’m focusing on here is Oben’s VH-R2 Tilt Head. B&H Photo sent me one to try out, and I’ve been using it on an Oben CTM-2500 5-Section Carbon Fiber Monopod. You can also buy this combination as a bundle.

The VH-R2 has a load capacity of 11 lb / 5kg. The main components are machined aluminum, while the tilt locking knob is plastic. There’s a bubble level on top, and the quick release plate is locked with a lever that uses a double mechanism as a safety precaution. It comes with a quick-release plate.

While there’s no technical reason you couldn’t put a tilt head on a tripod, it makes much more sense on a monopod. The only rotation most tilt heads offer, including this one, is forward and back. That’s all you need with a monopod, but it’s extremely limiting on a tripod.

The tilt-lock is adjusted with a large knob on the side. It’s a lever lock and is easy to use even with cold and damp hands. Once locked, I found it stayed locked. I haven’t run into any issues with it creeping when it should be staying still in place.

Monopods. It uses the near-universal attachment, so it’s compatible with most monopods. It also comes with a 3/8-16 to 1/4-20 reducer bushing (a fancy way of saying a thread adapter), so you’re covered whether you’re putting it on a monopod that uses the standard large stud (3/8-16) or a smaller one (1/4-20).

Quick Release Plates. The VH-R2 is designed to be used with the quick release plate it works with. It’s not a standard Arca-style dovetail attachment, and it won’t work directly with the kind of long foot plates that are common with large telephoto lenses. You can, of course, attach the RP-20 plate to the bottom of one of those longer lens feet.

Overall, I’ve found it to work well. I generally prefer tripod and monopod heads that work with Arca-style quick release plates directly, but the different plate that comes with this tilt head works well for the purpose and includes the peace of mind that it won’t slide off when using it because the quick release plate is locked in on all four sides.

It’s a solid, straightforward tilt head that is capable of handling reasonably heavy loads such as all but the largest telephoto lenses. It’s been working well for me.

You can also buy it bundled with various Oben monopods.