If you’re after a spare or replacement battery for your Sony a6000 camera, here’s a rundown of the best options. 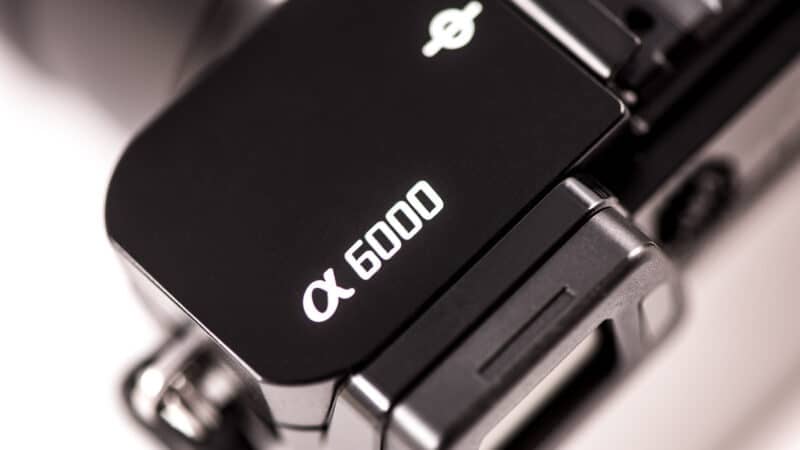 If you’re looking for spare batteries for the Sony a6000 camera, or to replace the battery it came with, here’s a rundown of good options.

Basically, there are two ways you can go: get the Sony-branded version or go with an aftermarket version from a third-party manufacturer. Each path has pros and cons.

Original Batteries for the Sony a6000

Firstly, you can get the Sony-branded battery. It’s the one that Sony recommends (obviously) and supports. So this is the safest option. The upside is that you know it will work, and if it doesn’t, you have access to Sony customer support.

To cut to the chase, the model number is NP-FW50.1 It’s a 1020mAh rechargeable lithium-ion battery.

There is a downside with these Sony-branded ones, and that is their premium pricing. The original manufacturers typically charge more for their accessories; that includes batteries. That’s very much true in this case–Sony’s list price for these is $79.99, although you can often find them for substantially less than that.

So, in short, going with the Sony-branded version is the safest option, but you pay a premium for that peace of mind that the quality will be up to snuff.

You can find them at: Amazon and B&H Photo.

Aftermarket Batteries for the Sony a6000

These days you can also find very good after-market versions that are made by third-party manufacturers.

There’s a second plus: you often have more options available. It’s not so much the battery itself–they’re all fundamentally the same (although some are rated for a slightly higher capacity). It has more to do with chargers. Sony doesn’t make a separate charger for the a6000 batteries; you’re expected to charge them in the camera via the USB cable. So you can charge one battery at a time, and you can’t really use your camera while you’re charging.2 But several of the aftermarket options include a separate cradle charger, meaning you can use that to charge the batteries while you’re still shooting with the one in the camera, and some allow you to charge multiple batteries at once.

There are also good reasons you might not want to go down the path of using an aftermarket battery. For one, you don’t have the same peace of mind that the quality is as good as the Sony-branded batteries. It might be, and in my experience, the better aftermarket brands often perform just as well as the original manufacturer’s batteries, but there’s also more risk that it might not be. I’ve found that some of them are basically indistinguishable in terms of quality, but I’ve also come across some that are substandard. Some of better aftermarket brands, like Wasabi Power, RAVPower, Smatree, Powerextra, and Watson have established a solid reputation. There are other brands you’ve probably never heard of. For another, it is possible for the camera manufacturer to enforce certain batteries through firmware. For now, Sony isn’t doing this, but it remains within their capability to sneak this in with a future firmware upgrade. 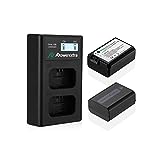 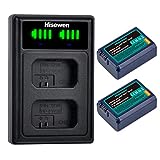 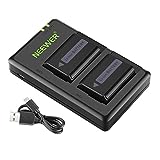 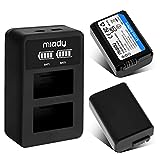 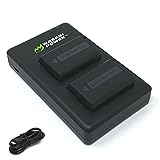 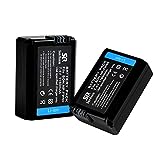 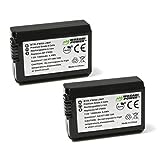 How to Charge the Sony a6000’s Battery

The basic way to charge the battery is to leave it in the camera and connect the camera to a power source via the USB cable. The camera comes with the cable and an AC wall charger for this very purpose. This approach is simple, and the necessary parts are supplied. You could also use an external USB powerbrick or standard USB car charger.

There are two downsides to it, though. Firstly, it’s slow. You can expect a healthy, fully depleted battery to fully charge in a little over 5 hours. Secondly, it really limits your ability to shoot while the battery is charging. While you can shoot with the camera connected to an external power source–something that’s very useful in studio environments or for long-duration capture, it’s cumbersome to have the camera tethered to an external power source for everyday shooting.

Another approach is to use a separate cradle charger. With these, you remove the battery from the camera and place it directly in the charger. Some, but not all of these are quicker to charge. And it’s convenient to be able to charge spares while leaving the camera available to use.

These are the figures Sony provide for guidance in the instruction manual. They’re very much approximations, because there’s a variety of factors that can influence battery life, such as the health and charge status of the battery to the air temperature (lithium batteries don’t perform well in very hot or very cold temperatures). And as you can see from the table, you’ll get different results depending on whether you’re using the back screen or the viewfinder because they draw different amounts of power. How much you’re using autofocus, zoom, and optical image stabilization also factor in.

2 thoughts on “Sony a6000 Battery Recommendations”