Do Camera Memory Cards Wear Out?

Digital memory cards are tough little things, but it’s still possible to wear them out. At least in theory. But it’s not a practical concern for the vast majority of photographers. 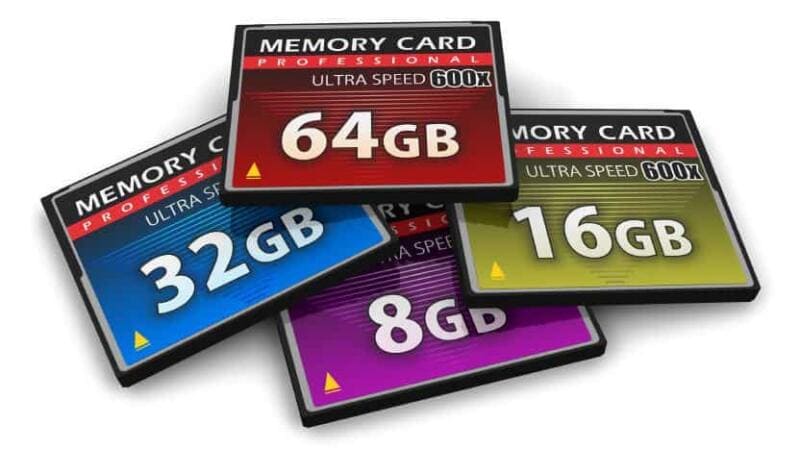 Digital memory cards are tough little things. They can put up with a lot more than most cameras. They can breeze through airport security x-rays without a hitch, don’t mind being dropped, are immune to magnets, can often emerge unscathed by an accidental run through a washing machine, and, if you’re really lucky, can even last for a good stint submerged in sea water.. SanDisk is even going to so far as to officially claim on the packaging of its new Extreme SDHC cards that they are waterproof, temperature proof, shock proof, x-ray proof, and magnet proof.

While all current model memory cards boast flash memory, the physical design of Secure Digital (SD) and microSD cards make them a bit more resilient than most Compact Flash (CF) cards: they’re smaller, lighter, and able to handle dust and sand better than Compact Flash (CF) cards (CF cards have 50 small holes on one face that the pins in your camera or card reader go in, which offer perfect hiding places for dust and sand). The standard models are resilient on their own, but you can also get extra tough models that are built for the rigors of more writing cycles (such as for use in security cameras or dashcams).

But all flash memory cards can wear out, at least in theory. In practice, it takes an awful lot of use and isn’t a practical concern for the vast majority of photographers. A figure of 100,000 write cycles used to be bandied about as a standard measure of what’s known as Mean Time Before Failure (MTBF), but more modern cards measure their failure rates in millions of hours of continuous use. Card manufacturers build into the card controller features that help with distributing the write cycles evenly across the card so that no one spot gets much more use than any other, a process known as wear leveling. But the very fact that wear leveling is built in is a good indicator that there is some wear.

In practice, wearing out a memory card isn’t a practical concern in most cases. A card manufactured in the past couple of years is likely to take normal usage conditions in its stride. And for abnormally demanding uses, industrial grade cards are available that are manufactured to higher standards. That said, working pros will typically replace their cards fairly regularly. The relatively modest cost of most standard-sized memory cards is a small price to minimize the risk of losing images for a client.

Unfortunately, though, as low as the risk of wearing out a card is, if the card’s going to go it will probably go suddenly without warning. So it’s a good idea to build sensible precautions into your workflow to minimize the risks of losing large numbers of images if something does happen to go wrong somewhere along the line. That means having backup cards on hand, downloading your images regularly, and formatting the cards in camera after downloading the images. There’s no hard-and-fast rule on how often you should replace your memory cards; it’s something to start thinking about when you’re getting up into the millions of images on a card (or hundreds of thousands if your card is an older model). Of course, if you’ve shot that many images, chances are you also have to start worrying about failure of the shutter mechanism in your DSLR. But that’s another story . . .

And KEH has put together a great primer on memory cards, including common error codes.

Tips for Using and Caring for Your Memory Cards

Like just about any product, especially an electronic one, it is possible for a brand new memory card to be faulty. So always check that it’s working normally before you head off on that once-in-a-lifetime trip. And always take at least one or two spare cards with you.

Always format the card in camera rather than on your computer. While the latter might well work, camera and card manufacturers usually recommend doing it in camera to avoid data errors. It’s the safer option.

Always download the images to your computer as soon as practicable and edit and archive from there. Trying to edit images directly on the memory card can lead to problems, and flash memory cards are not designed for long-term archival storage. Treat them as a temporary step between your camera and your fully backed-up image archive.

Take a spare. Or two.

Replace the cards on a schedule that makes sense for the type of shooting you’re doing. If you only take occasional snapshots, every couple of years might be fine. If you’re working pro taking hundreds or thousands of shots day in day out, much more often is a better idea.

Protect your memory cards while in the field. Here are some ideas.