Nikon hasn’t posted any firmware updates for the D3500 yet. If they do, this is what to look for. 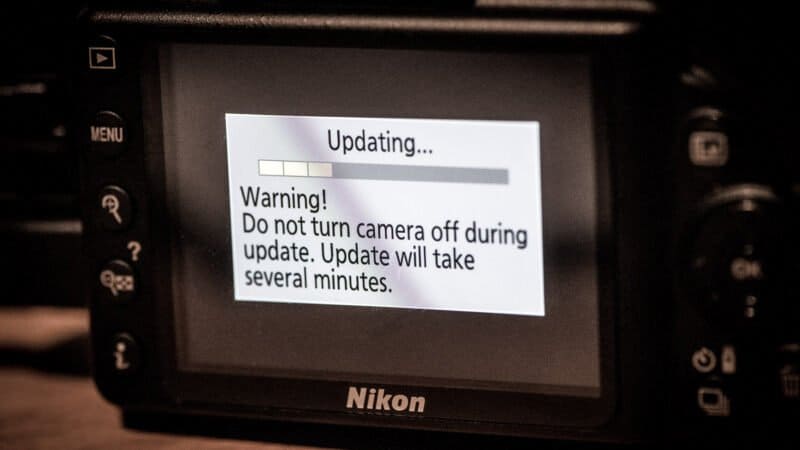 Nikon has not released any firmware updates for the Nikon D3500 yet.

That’s not unusual. Nikon doesn’t tend to issue that many firmware updates in general. And the D3500’s predecessor, the D3400, has only had one firmware update even though it’s a couple of years older.

I plan to update this post if and when Nikon does issue a firmware update for the D3500. In the meantime, you can confirm directly on this page of Nikon’s website. You should see two tabs: Manuals and Software. Like this:

If there’s a firmware update available, there’ll be a third tab titled Firmware. For the sake of comparison, this is what the D3400’s page looks like (but don’t try to use D3400 firmware on the D3500, obviously).

How to Update Nikon D3500’s Firmware

For now, this is a moot point because there are no firmware updates for the D3500 yet. But in case Nikon issues one while I’m not looking and I don’t have a chance to update this post right away, here’s what you need to know: the method for updating the Nikon D3500’s firmware is the same as the with the D3400.

You can find my guide on how to update Nikon D3400 firmware here.