Here’s a guide on how to reset a Nikon D3500 back to factory settings. This can be useful if you’re troubleshooting an issue, selling or trading-in your D3500, or just want to start again with a clean slate of settings. 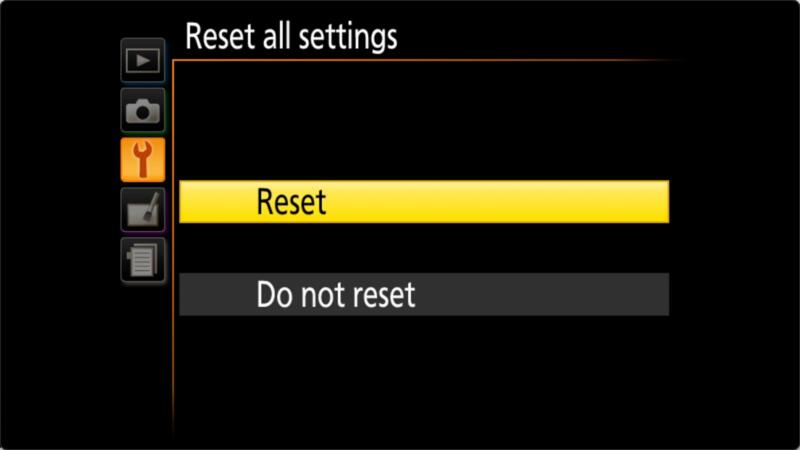 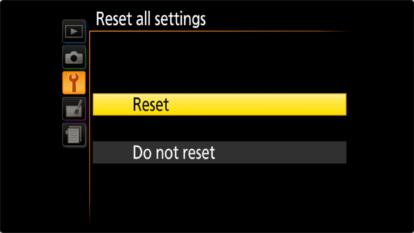 Whether you’re troubleshooting an issue, selling or trading in your D3500, or just want to start again with a clean slate of settings, resetting a Nikon D3500 back to factory settings can be a useful step.

The Nikon D3500 has a few different types of reset. The Reset all options setting wipes all settings back to their factory defaults. There are also more targeted methods that focus only on one of two categories: setup options and shooting options.

Here’s a rundown of the options for resetting a D3500 and what the options do. I’ve also included tables with the defaults for individual settings in case you just want to reset specific settings.

There is a nuclear option, which resets all the shooting and setup settings on a D3500.

It is functionally the same as using the “Reset setup options” and the “Reset shooting menu” simultaneously.

This function is located at the very end of the Setup menu options. Scroll down to the bottom–it’s the second-to-last setting, right above the firmware version menu option.

You can find this function under:

These are the settings it affects. I’ve included the default options here in case you just want to change individual settings back to factory defaults.

You can find this option under:

These are the settings it affects. I’ve included the default options here in case you just want to change individual settings back to factory defaults.