How to Find and Update a Nikon Z7’s Firmware Version

Keeping your camera’s firmware up-to-date gives you the benefit of the latest bug fixes and features. Here’s how to check the firmware version and update the firmware on the Nikon Z7. 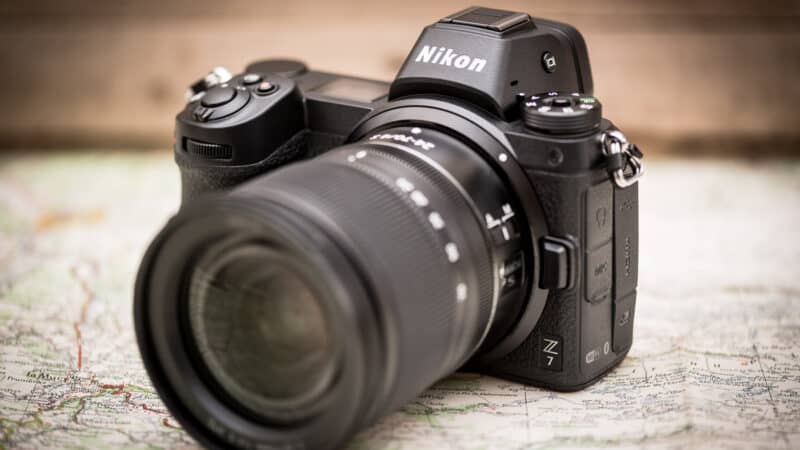 Modern digital cameras are basically small computers with optics. And surprisingly powerful ones at that. And just like any computer, they need to be programming instructions in order to know what to do.

A camera’s firmware is software that works with the camera’s hardware to control features and functions. It controls everything from the color and fonts of the menu system to the available ISO range to the responsiveness of the auto-focusing system. So it’s an essential part of the camera’s functionality—it won’t work without it.

It’s also a way for camera manufacturers to make improvements to a how a camera works after the camera has already been built and is in use (at least, they’re nearly always improvements, but there are some instances where things go in the wrong direction). They typically include bug fixes and sometimes new features.

So, in nearly all cases, it’s a very good idea to be running the latest firmware that’s available. That’s the most likely version to have any bugs squashed, any security glitches addressed, and any new features added. 1

Like most cameras, however, the Nikon Z7 doesn’t automatically update its firmware when a new version is released, even though the camera has wireless functionality built-in. And while it’s not difficult to update a Z7’s firmware, it is a process you have to run manually. And there are some things to watch out for to reduce the risk of problems.

The first step is to find out what version of the firmware your Z7 is already running. You can then compare it to the version that Nikon makes available on their download page. If you already have the latest version, you’re good to go. If not, you can proceed to the firmware update process.

How to View the Nikon Z7’s Firmware Version

With the camera turned on, press the MENU button.

Scroll down to the SETUP MENU. That’s the one with the wrench/spanner icon.

Scroll to the end of that section until you come to the Firmware version item.

Press the OK button to open up the page displaying the versions. You’ll notice two entries there. The “C” version is the camera’s firmware. The “LF” is the lens’s firmware version. One of the innovations with some newer lenses, including Nikon’s new Z-mount lenses, is that the lenses can have their own firmware that can tweak their performance.

How to Update the Nikon Z7’s Firmware

Here’s the standard process for updating the Z7’s firmware. You can find more detail of technical requirements on Nikon’s site.

Format a Memory Card in the Camera

Format a memory card in the camera. This will wipe everything on the card, so make sure you’ve backed any photos or videos before you start. While it’s not technically a requirement, starting the process with a freshly formatted card will reduce the risk of problems in running the firmware update.

Using a computer, you’ll need to download and unpack the firmware file.

You can download the firmware for the Nikon Z7 here. If you’re using Windows, it’ll come as an executable archive with an .exe extension. If you’re on Mac, it’ll come as a .dmg disk image archive. The filename will be along the lines of F-Z7-V###.exe or F-Z7-V###.dmg, with the hashtags replaced by the version number.

Once you unarchive or mount these files (double-click on them to do that), you’ll see the contents of the archive. The actual firmware file has a .bin file extension and will be named something like Z_7_0300.bin.

Copy the .bin File to the Memory Card

Copy the .bin file (not the .dmg or .exe versions) from your computer to your memory card.

There are two things to watch for:

Make sure to put it in the root directory of the card. That is, make sure it’s in the top-most level and is not inside another folder. Don’t put it inside the DCIM folder, for instance—it should alongside it. Like this:

Also, make sure you’re copying the extracted .bin file and not the .dmg or .exe files. The file on the memory card should have the .bin file extension—that’s the only type of file extension the camera will look for in this operation.

Load the Firmware in the Camera

Once you’ve copied the .bin firmware file onto your memory card, insert the memory card into your camera and turn the camera on. Make sure your camera battery has plenty of charge left on it; you do not want it running out of power in the middle of the firmware update operation.

If the camera has correctly identified the .bin file on the memory card, you’ll now see two new options appear on that screen: Update and Delete firmware update files.

You’ll get some on-screen instructions walking you through the rest of the operation. In this example, for instance, I’m updating from firmware v.2.01 to v.3.00.

The “No” option is selected by default as a safety precaution.

So move the cursor up to Yes and click the OK button.

It’s very important that the camera not be interrupted while it’s updating the firmware. Doing so could render the camera inoperable (in other words: it can brick it because the firmware can be corrupted). So do not use any controls or turn the power off while it’s doing this, and make sure there’s plenty of battery charge before you start. You’ll see a progress bar and this warning on the Z7’s back screen:

Updating . . . Warning! Do not turn camera off during update. Update will take several minutes.

Once the update is complete, you’ll get the instructions on the screen that:

You can now turn the camera back and check the firmware version to confirm that the operation was successful.

Where to Find the Latest Nikon Z7 Firmware

You can find the latest Nikon Z7 firmware directly from Nikon’s download page for the Z7.

On that page, click on the firmware tab for a listing of the available downloads. That will give you a link to the specific page for downloading that firmware version, as well as the detailed changelog and instructions on how to update the Z7’s firmware.

Is it hard to update the firmware of a Nikon Z7?

No, it’s not difficult. There is a specific sequence of steps, but they’re straightforward and spelled out above. There is the potential for problems, but that’s really only if the process is interrupted midway through. So just be sure not to mess with the camera while it’s doing the update.

How often should you update the firmware of a Nikon Z7?

There’s no specific schedule to when manufacturers put out firmware updates. They put them out when they feel there’s something worth updating and when they think it’s ready. So it’s just a good idea to check in with the Z7’s official downloads page on Nikon’s website from time to time or keep an eye on photography news sites.

How to Find and Update a Nikon Z7’s Firmware Version