Here’s a rundown of the video modes and features of the Nikon D850 camera. The camera’s strengths are in stills photography, but it still has capable video features. 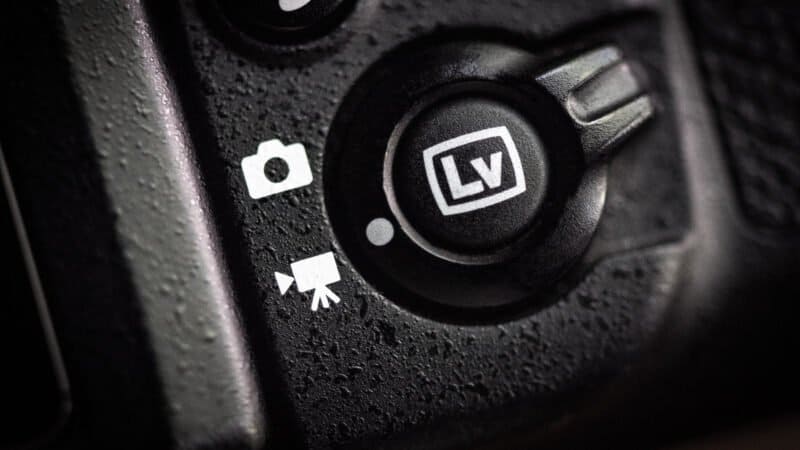 The Nikon D850 is quite a capable video camera, although its focus is much more still image-centric, and it’s not in the top tier of cameras for shooting video (that would be more along the lines of the Panasonic GH6 or the Sony a1).

When the D850 was released in mid-2017, 4K video was the current state of the art. But 4K is relatively old-hat now. The current leading models are now shooting 8K. And the D850’s maximum bitrate is 120 Mbps. That’s not bad, but it’s pretty low compared to the 400 Mbps that some of the leading cameras in this space shoot at. There are no advanced controls over S-logs or video bit depth or codecs like HEVC. So, for video shooting, it simply can’t compete with newer, video-centric cameras like the Sony a7s iii or Panasonic Lumix GH6.

But then, it’s really not designed to compete with those cameras. The D850 is, first, a high-end stills camera. That it has decent video capabilities is a bonus, but it’s unlikely that anyone is going to buy this camera to primarily shoot video. Especially now that Nikon has some impressive mirrorless cameras out which can take advantage of existing Nikon lenses. It is nice, however, to have the option when the occasion warrants rather than packing a second camera for occasional video shooting. And if you already have a D850 and looking to dive deeper into shooting video, you might be interested in finding out its capabilities.

So here’s a rundown of the video capabilities of the D850.

There are three resolutions (aka video sizes) available on the D850: 4K, 1080p, and 720p. All of these are in a 16:9 aspect ratio that’s pretty standard for HD video. Here are the dimensions of each resolution:

The D850 has a large sensor, and a useful effect of that when shooting video is that you have a choice of using the full width of the sensor or a cropped APS-C area. The choice doesn’t affect video quality or detail. It does, however, give you more control over lens focal length and depth of field.

The framerates on the D850 range from 60 fps to 24 fps. But not all framerates are available at all resolutions. For instance, the fastest framerate for 4K is 30 fps.

Again, while these were respectable when the camera was launched in mid-2017, newer cameras now routinely include 4K at 60 fps and framerates at lower resolutions at 120 or 240 fps.

You have the choice of saving the files as MOV or MP4 files. This refers to the video file container used. The functional difference between these is mainly to do with compatibility with other parts of your workflow. For instance, your video sharing service or video editing app might be able to open MP4 files but not MOV files (or vice versa). MOV files were popularized by Apple Quicktime and are often known as Quicktime files.1 MP4 files are very widely compatible and have become a defacto standard for sharing video files.

Since the D850 was released, a newer, better video codec has been gaining traction. It’s known as HEVC or H.265.2 The D850 still uses the older but very widely compatible H.264 codec for its MP4 encoding.

There’s more to video quality than bitrate, but the bitrate is a crucial part. The higher the bitrate, the less compression that’s being applied. And that, in turn, provides the potential for better image quality.

The Nikon D850 maxes out in its top shooting mode, 4K30, at a bitrate of around 120-144 Mbps. I say “around” for two reasons. Firstly, the video is encoded with what is known as variable encoding, which adjusts the amount of compression on the fly according to the scene that’s being processed. Scenes with high action and high detail will be allowed more data (i.e., a higher bitrate) than scenes with little movement or detail. Because that is constantly varying, the result can be slightly higher or slightly lower than the target bitrate.

The second reason is that, at the time of release, there was much mention of the camera’s specs of a maximum bitrate of 144 Mbps. And that might be true. But in my own tests, I’ve found that the maximum average bitrate more often tops out closer to 120-130 Mbps. So while I can’t say for sure that the technical maximum bitrate is indeed 144 Mbps in some circumstances, in practice, I more often see it around 120-130 Mbps.

The maximum bitrate also drops down with the other shooting modes. Here’s a master table with the various bitrates at resolution/framerate combinations.3

There are several profiles that can be used for the output image style:

The D850 doesn’t have true log-format recording, so there’s no S-log, etc., but it does have something similar (and simplified) in the option for Flat picture recording.

Just as with still images, these profiles are most useful if you don’t plan to edit the result in postproduction. If you do plan to color grade and edit in post, the best option is the Flat option. The result out of the camera will probably be washed out and, well, flat, but it gives the most information and is the most flexible for editing.

In the regular video modes, The Nikon D850 has a 30-minute continuous recording time limit. To record action longer than that, you’ll have to break it up into sub-30-minute shots.

When shooting slow-motion, the shooting time limit is 3 minutes (this is the shooting duration, not the length of the saved video file).

For many of the size/framerate combinations, you have a choice of quality setting: High quality or Normal. This refers to the level of compression applied. Or, put another way, the video bitrate.

You can’t set the quality setting for the 4K or slow-mo shooting modes—the setting will be grayed out.

The D850 also includes video out using an HDMI connection. The available options are similar to the recorded video options, with a few tweaks.

The available resolutions for HDMI out are:

There’s also an Auto option, which will try to determine the maximum resolution of your attached recording device.

The default setting is Auto, but you can manually override this with two choices:

NTSC / PAL. The menu system doesn’t refer to NTSC or PAL, but you can shoot for each specifically by choosing an appropriate framerate. For example, use 60 or 30 framerate options for NTSC and 25 for PAL. (The 24 framerate is traditionally known as a film framerate.)4

Cropped View in Slow-Mo. When you shoot in the slow-motion modes, the field of view is cropped. So you don’t get the full-frame view that you do with the other modes.