There are three fisheye lenses in Nikon’s current lineup. Here’s how they compare. 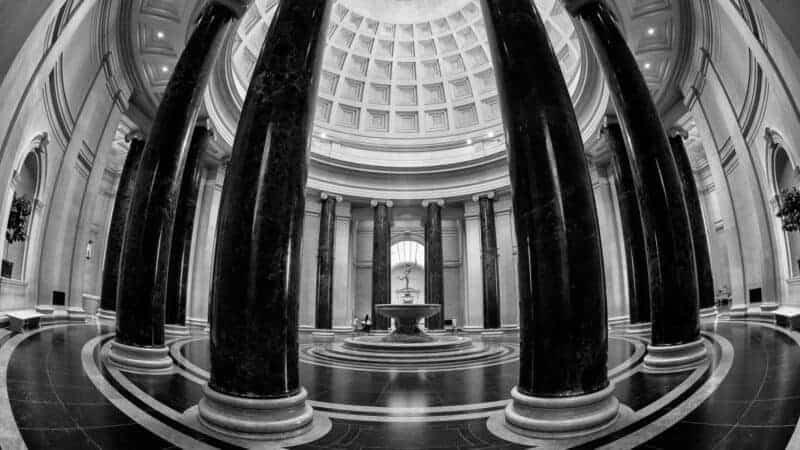 Fisheye lenses can ramp up the drama of an image. It’s a very distinctive look that doesn’t suit all scenes, and it’s an easy effect to overdo. But in the right place and right time and in moderation, it can be very effective.

I’ve used all of these lenses. And I’m quite the fan of using fisheye lenses (in moderation). So here’s my hands-on take on their strengths and weaknesses.

These are the fisheye lenses in Nikon’s current DSLR lineup.

On an FX body, the 8mm end gives a circular fisheye in the center of the frame. At 15mm, it fills the frame. The circular fisheye look isn’t something I need often, but dedicated fisheye enthusiasts will appreciate the flexibility, as well as the ability to switch easily between FX and DX bodies.

This is the highest-priced lens on this page. The zoom accounts for some of that, but this is also among Nikon’s higher-end lenses and features ED (Extra-low Dispersion) glass.

I really enjoy shooting with this lens, and I don’t have many complaints about it. But as a practical matter, I’d generally choose the 16mm prime over it. There are a few reasons for that, including that the 16mm is lower-priced, the 16mm is significantly smaller and lighter, the 16mm has a larger maximum aperture, and I simply don’t really need the ability to shoot circular fisheye (I much prefer full-frame). But each photographer’s preferences will differ.

Here are some shots I’ve taken with this lens, and you can find my detailed hands-on review here.

This Nikon fisheye lens is designed for FX full-frame bodies. It’s a frame-filling fisheye, not a circular fisheye. This means that it still has heavy fisheye distortion–it’s not an aspherical lens–but that it doesn’t create a circular image surrounded by black–the whole frame is filled.

This is quite an old lens–Nikon released it in 1993, but it still works well on modern DSLRs. 3

It’s a very compact lens–much smaller than the 8-15mm–and doesn’t take up much room in the camera bag but can add an outsized dramatic punch to images.

This lens is designed for Nikon’s DX-series DSLRs. On those cameras, it gives a frame-filling perspective that’s equivalent to roughly 16mm (in 35mm/full-frame equivalent).

But it’s important to note that it doesn’t have full functionality with all Nikon DX camera bodies. On the D3X00 and D5X00 series cameras, for instance, the lens will work, but only with the major limitation of only in manual-focus mode (i.e., there’s no autofocus compatibility when using these cameras). The crucial issue is that the lens itself doesn’t have an autofocus motor, which means it relies on the camera’s motor. And not all cameras have that motor built-in.

Unlike the 16mm, this lens was created specifically for digital cameras (it’s for DX, after all). It was released in 2003.

Here’s a couple of shots I’ve taken with this lens: 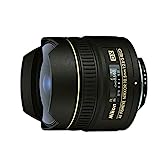 There are other lens manufacturers that also make fisheye lenses that will work on Nikon F-mount DSLR cameras.

Note that not all of the features of all of these lenses will work with all Nikon camera bodies. Some, for example, won’t have autofocus capabilities on some camera bodies such as the Nikon D3500 or D5600. So you’ll need to check specific compatibility with your camera.

This is Sigma’s frame-filling alternative. It’s still designed for Nikon FX cameras, but instead of being a circular image in the center of the frame (as with the 8mm), it fills the entire frame. So Sigma is using the unusual “diagonal” term here to refer to it filling all the corners with image. So it’s most directly comparable to Nikon’s 16mm fisheye. It’s an autofocus lens, but the autofocus won’t work on all Nikon cameras (eg. the Nikon 3000 or 5000 series DX bodies).

This Sigma lens is designed for Nikon’s FX cameras, where it creates a circular fisheye (i.e., it doesn’t fill the frame). But it can also be used on DX bodies (where it provides the equivalent of 12mm focal length). It’s autofocus, but it relies on the camera’s autofocus motor, which means it’s not compatible with all Nikon DSLRs (not the D3500, D3400, D5600, or D5300, for instance). It has a rear slot for drop-in filters. Another notable thing about it is that it has an unusually close focusing distance (5.3 inches / 13.5 cm), opening up some interesting close-up options.

This lens is a low-priced option designed for APS-C cameras. It’s manual focus as well as manual aperture–there are no electronic connections between the lens and camera. When used on a Nikon FX camera, you’ll get a circular image in the middle of the frame surrounded by black.

This is a manual-focus fisheye with a metal lens barrel. It’s designed for full-frame cameras but will also work on Nikon’s DX DSLRs (where it will be the equivalent of 18mm). While not as cheap as the Rokinon, it’s priced on the lower end of the spectrum. 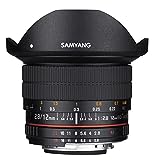 Images and product information from Amazon PA-API were last updated on 2022-12-04 at 12:20. Product prices and availability are accurate as of the date/time indicated and are subject to change. Any price and availability information displayed on Amazon Site at the time of purchase will apply to the purchase of this product.