If you’re looking to make the Ricoh GR II lens wider, from 28mm to 21mm, you’ll be after the Ricoh GW-3 Wide Conversion Lens. Here’s my hands-on review. 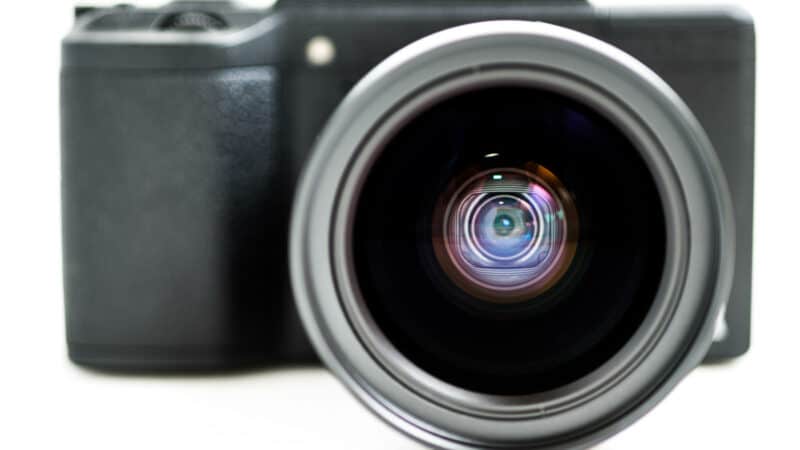 The new Ricoh GR II is a wonderful little walking-around camera. It’s small, discreet, versatile, and has excellent image quality. It also has a fixed lens–depending on how you look at it, that might be a pro or a con.

It’s technically an 18.3mm focal length, but when you factor in the APS-C-sized sensor, it’s the equivalent of a 28mm lens on a full-frame digital or traditional 35mm film camera. That, of course, is a compromise focal length. It’s a versatile choice to accommodate a wide range of shooting scenarios, especially the kind of street shooting and candid travel photography that the Ricoh GR II is aimed at. While it probably wouldn’t be my first choice if I was putting together a bespoke camera for myself, I can see how it’s a good compromise.

I like shooting with primes. But what if you want something wider? If you’ve ever seen any of my photography you’ll have noticed that I’m quite partial to wide-angle. And while 28mm might technically fall in to the wide-angle spectrum, it’s not what I’d reach for when reaching for a wide-angle lens.

There’s no zoom on the Ricoh GR II, of course, and the built-in lens isn’t removable. So if you want to go wider you’ll have to attach something to the front of the existing lens.

Ricoh has their own solution: the Ricoh GW-3 0.75x Wide Conversion Lens. It was originally released for the Ricoh GR, but because the Ricoh GR and GR II are identical mechanically and only differ in small ways internally, the conversion lens works just as well on the newer model camera. It sells for around $200.

On a recent trip to Mexico City, I put the wide-angle lens through its paces. Here’s my hands-on review, along with some sample images shot with it on the new GR II. 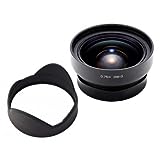 What Difference Does it Make?

The wide-angle lens takes the 28mm focal length of the built-in lens and widens it to 21mm. That might not sound like much, but on the wide end of the spectrum, even small differences like this can have a big effect on how much visual information gets into the lens’s field of view. 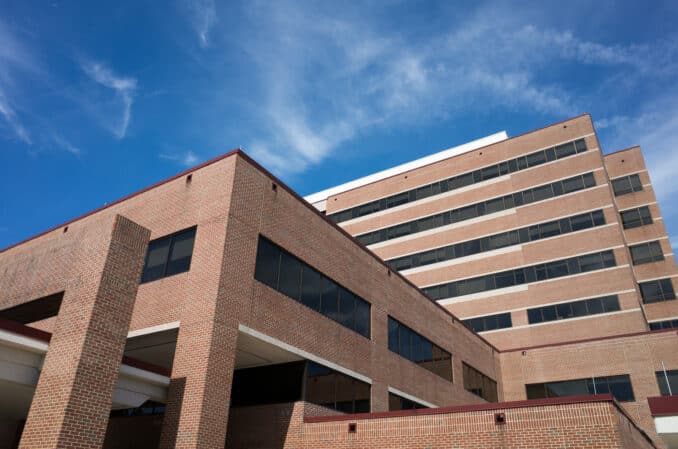 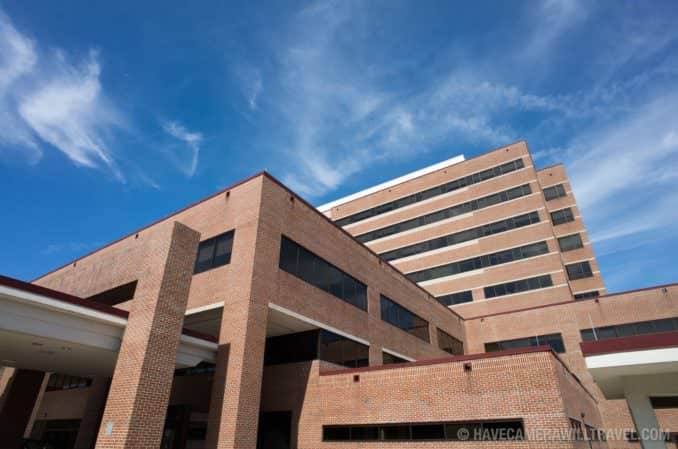 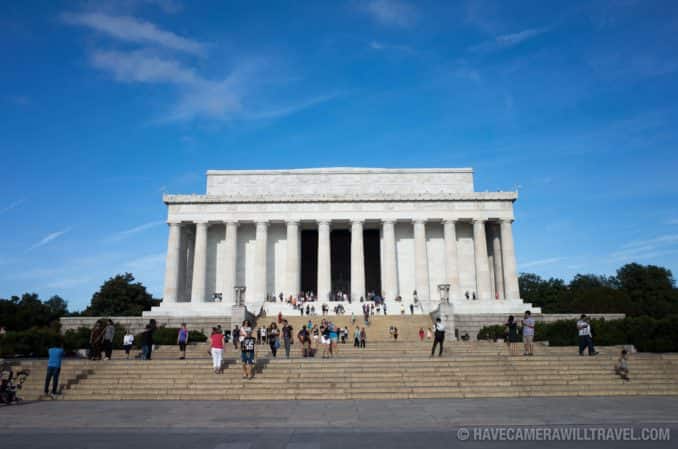 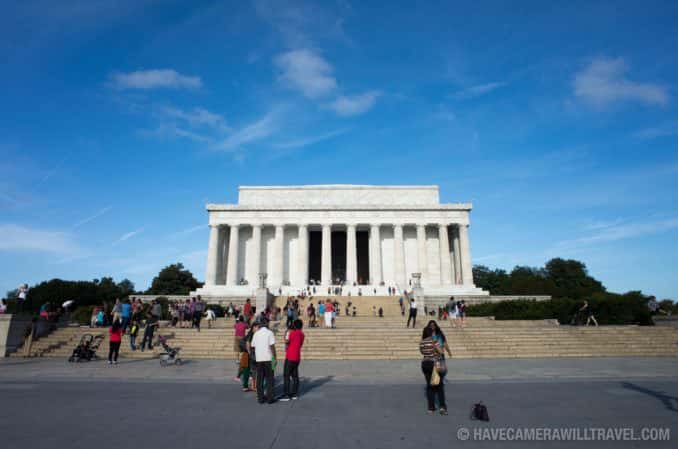 Ricoh GH-3 Lens Hood & Adapter for GR Digital III, GR Digital II and GR...
Check Price at Amazon
Before you get shooting, there’s a catch. So you’ve forked out $200, give or take, for the wide-angle lens. You’d probably expect that you can attach it to your Ricoh GR II and start shooting. Except Ricoh has a nasty little surprise in store–you’ll have to fork over another $50 for an adapter that you need so that you can attach the lens to the camera. The model number is the GH-3 hood and adapter kit.

The adapter itself is just a small plastic ring–there’s no glass or magic electronics in it. It holds the lens in place at the right distance from the original lens so that it can extend and retract normally as well as keep everything in focus and prevent vignetting. But you can’t just buy the adapter alone–it’s only available as part of a kit with a lens hood for the Ricoh’s built-in lens (it doesn’t work with the wide-angle lens). That’s another piece of plastic, and together they can’t cost more than a few cents to manufacture. But Ricoh has decided that those two pieces of plastic should retail for $50.

Attaching the GW-3 to the Ricoh GR II

Once you have the GH-3 adapter you can get down to shooting. By default, the Ricoh GR II has a small plastic ring around the lens. That has to come off–you can just unscrew it. It doesn’t serve any purpose except to make the camera look a little more refined with the ring attached than not attached. Taking it off exposes some ridged locking points.

The GH-3 adapter clips into those ridged locking points and it clicks into place. There’s a small latch for when you want to remove it.

The lens itself then screws into the adapter.

It’s an entirely analog attachment–there are no digital contacts. Indeed, there’s no circuitry at all in the wide-angle lens. It’s simply glass and aluminum. That means that the camera doesn’t have any way to know that the lens is attached. So if you want the EXIF information on your photos to reflect that the photo was shot with the wide-angle lens, Ricoh has an option in the GR II’s menu where you can specify that the wide-angle lens is attached. It doesn’t make much functional difference to the photo–it just changes an EXIF focal length field from the default 18.3 mm to 13.7 mm. That’s useful if you’re tying to sort photos in your image management software like Lightroom. But it does affect the Snap Focus preset focal length. So if you’re using Snap Focus, you should identify whether or not the wide-angle converter is attached.

Over the years I’ve tried some truly atrocious snap-on wide-angle lenses on various cameras. In general, they add heavy softening on the edges of the image and often add distortion and chromatic aberration. Very often they’re interesting novelties but not up to snuff for serious shooting.

The GW-3 is different. The built-in lens is remarkably sharp as is, and adding the GW-3 wide-angle lens only makes it marginally less so. There is a bit of softening at the corners, but I’ve been pleasantly surprised at how little. There’s very slight vignetting. There is a little flaring with bright, contrasty highlights, but nothing too objectionable. And I was surprised not to find any real problem with chromatic aberration. Even in low-light situations, there wasn’t much noticeable light drop-off. Overall, Ricoh have put together a very nice piece of glass.

Here are a few sample images in various kinds of conditions.

The wide-angle lens comes with front and back caps, a dedicated rubber lens hood that slides on, and a small soft pouch that’s big enough for the lens and the camera. Infuriatingly, it doesn’t come with the GH-3 adapter.

The lens conversion won’t work without the adapter, and the adapter isn’t included with the lens. It should be. I’d rate this as more than a minor quibble.

You also can’t use both the lens hood and the lens cap at the same time–it’s one or the other.

The final one isn’t really a quibble but is what I’d consider a negative. And that’s that the wide-angle lens is big and heavy relative to the camera. One of the primary reasons the GR II appeals to me is its size. It fits in my pocket, so I find myself taking it with me at times that I can’t be bothered taking a DSLR. But adding the wide-angle lens makes it too big for anything other than a large coat pocket. The whole package is still a lot smaller than a DSLR, but it’s much bigger than the GR II without the wide-angle lens.

While the built-in lens of the Ricoh GR II is relatively wide anyway–at 28mm equivalent–adding the 0.75x conversion lens takes it back to 21mm. That adds new creative opportunities.

The quality of the lens is very good indeed. The images it creates are crisp and have good color and contrast. You don’t get the ghosting, fuzziness, and chromatic aberration you get with many cheaper attached conversion lenses.

The biggest downside is that the conversion lens is a hefty piece of kit–well, hefty in comparison with the camera it’s designed to attach to, that is. It takes the what is essentially pocket-sized Ricoh GR II closer to the size of a regular detachable-lens mirrorless camera. So the whole package becomes bigger and heavier.

And don’t forget that you’ll need to pick up the GH-3 hood and adapter kit separately. It’s available from B&H Photo and Amazon. 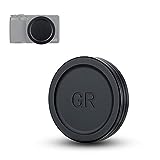 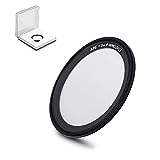 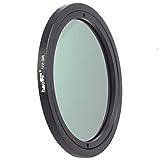 Images and product information from Amazon PA-API were last updated on 2022-09-25 at 09:00. Product prices and availability are accurate as of the date/time indicated and are subject to change. Any price and availability information displayed on Amazon Site at the time of purchase will apply to the purchase of this product.