Ricoh has made available a dedicated wide-angle conversion lens for the Ricoh GR III. It takes the standard 28mm lens to a wider 21mm. Here’s how it works and what it does in real-world terms. 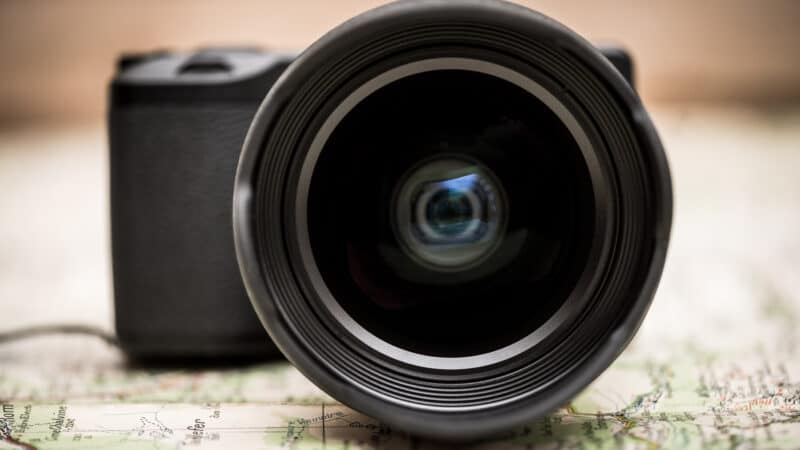 The Ricoh GR III has a fixed 18mm prime lens.1 On the GR III’s APS-C sensor, that’s the equivalent of around a 28mm focal length of a full-frame (35mm) camera. So it’s a medium-wide perspective.

While you can’t switch out the lens on the GR III—it’s fixed—there is a way to get a wider perspective. Ricoh makes a dedicated wide-angle conversion lens that clips onto the front of the camera. A few years ago, I reviewed the previous model for the GR II. There’s a new model just for the GR III—it’s the GW-4 0.75 Wide Conversion Lens.

This lens clips onto the front of the camera. It’s basically a hunk of glass—there’s no aperture, focusing, or other controls on the lens itself. You can often pick up conceptually similar lenses billed as wide-angle lenses very cheaply, and they’re often pretty terrible. But don’t let that put you off—Ricoh has made sure that this model is several steps up from those in quality. And, frankly, it’d want to be if only because it’s not cheap. Ricoh has set the MSRP at $250, and then you’ll need to spend another $50 on top of that for the adapter ring. So all up, you’re looking at $300. This is not a lot for a good lens, but it is quite a lot for a lens like this that is just solid glass.

It takes the camera’s standard 28mm perspective to a significantly wider 21mm perspective. I have some examples below on what that translates to in visual terms.

It just clips on the front of the camera. It adds quite a bit of size and weight to the GR III, so you’re probably not going to be able to just slip the camera into your pocket anymore. To switch between the 28mm and 21mm perspectives, you remove the lens; there’s not a more convenient way to switch between them.

I’ve been pleasantly surprised at the quality. Adding a thick layer of glass to the lens will undoubtedly have an effect—and typically a negative one—but the engineers at Ricoh have done a good job with this lens to make sure that the negative effects are minimized. The quality remains very good, and there’s a minimal amount of light dropoff. There’s not much in the way of lens distortion or bowing, the edges and corners are still quite sharp, and there’s not much in the way of chromatic aberration (purple fringing). I’ve included some practical examples below.

If you’re going to buy the GW-4, make sure you also buy the GA-1 lens adapter as well. You won’t be able to use the GW-4 lens without it.

The GW-4 is a lightweight plastic adapter barrel. It contains no glass and has only minimal electronics. It’s a multipurpose adapter in that it includes a traditional 49mm diameter filter thread (but a plastic one, so it’s not as robust as a metal film thread), so you can use it to attach regular screw-on filters (ideally, use 49mm ones, or you can use a step-up or step-down adapter.

I don’t understand why Ricoh doesn’t include it with the GW-4. By all means, offer it as a separate accessory if you want—after all, it works with other Ricoh lenses, and it’s a common way to add filters to cameras like the Ricoh GR-III—but the GW-4 can’t work without it. It’s also overpriced—$50 for what is mostly some flimsy, lightweight plastic.

Here are some side-by-side examples without and with the GW-4 lens.

Here are some real-world examples. These were all taken with the GR III and the GW-4 (and the GA-1, of course). They were shot in RAW (.dng). I’ve processed them in Lightroom, but I haven’t applied any of Lightroom’s sharpening, lens distortion, or chromatic aberration fixes.

You can click on each image for a full-size version for a closer look.

The front of the lens has a screw-on filter thread. It’s a 72mm diameter, so you can use standard 72mm screw-on filters or a step-up/step-down ring. You can leave the rubber lens hood on, although it makes operating a circular polarizer difficult and gets in the way with a step-up ring.

I bought mine at Amazon. You can also find them at B&H Photo.

And don’t forget to get the GA-1 lens adapter as well. 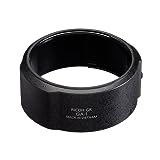