The Sony RX100 VII high-end compact camera has a 24-200mm optical zoom and two kinds of digital zoom that go beyond that. Here’s what each type does, along with practical examples. 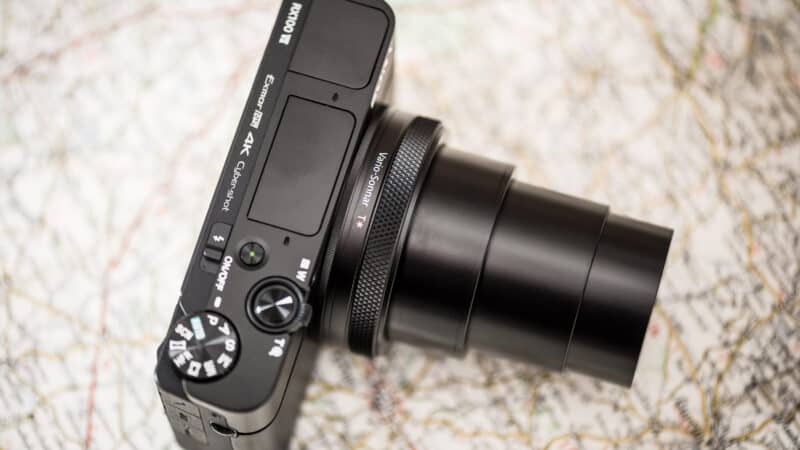 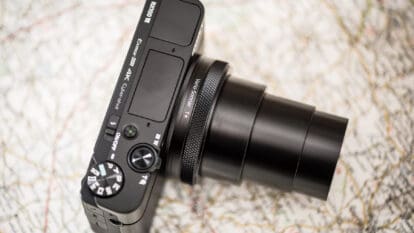 The Sony RX100 range of high-end compact cameras have maintained remarkably consistent designs since the original. But one of the bigger changes with the RX100 VI was a greatly expanded zoom range. Whereas the V had a 24-70mm (35mm equivalent) zoom range, the VI had a 24-200mm optical zoom and then digital zoom extensions.

I’m focusing here on the Sony RX100 VII. It keeps the previous model’s longer zoom range. So just like the VI, the RX100 VII has a 24-200mm (35mm equivalent) optical zoom. Then it has two types of digital zoom. One uses proprietary algorithms and is called Clear Image. The other is a more general Digital Zoom.1

From their names, it’s not immediately clear what each of these zoom types does. So what I’m aiming to do here is lay out the differences and provide some practical examples in the hope that it might be useful to someone in trying to see if the RX100 VII’s zoom fits with what you’re after. 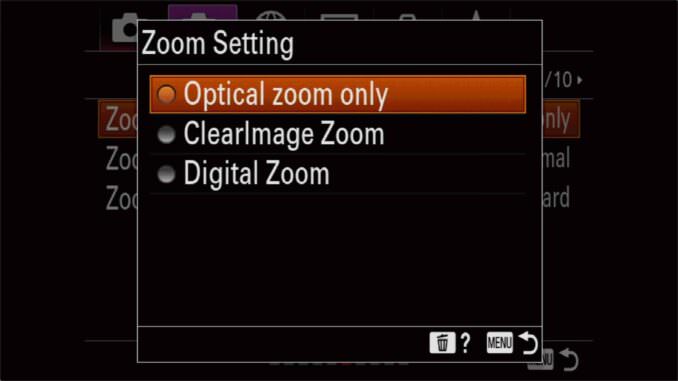 The Sony RX100 VII’s optical zoom doesn’t get you as close to the subject as the digital zooms, but it does give you the maximum quality in terms of image sharpness. Here’s an example of the optical zoom range from fully zoomed out at 24mm to fully zoomed in at 200mm.2

Digital zoom is essentially a crop. That is, it’s a software approach rather than an optical one. With digital zoom, the image quality isn’t as good as it is with optical zoom. In the case of the Clear Image option, there’s some fancy algorithm magic that does a pretty good job of mitigating that sharpness loss.

Something that’s important to note is that the digital zoom is only available if you have the image format set to JPG. It doesn’t work with RAW or the RAW+JPEG settings.

If you’re using JPEG as your image format, you can also set whether the camera will use only optical zoom or use digital zoom as well. You can find the setting under Camera2 > Zoom (page 6/10) > Zoom Setting. The options are Optical Zoom only, ClearImage Zoom, and Digital Zoom.

With the digital zoom setting on, the zoom range from 24 to 200mm uses the optical zoom. But you can then go beyond that, up to 4x, with digital magnification. But when you view it at full size you’ll notice that it doesn’t have the same sharpness and level of perceived detail.

With the ClearImage zoom, you don’t get as much digital magnification—only up to 2x—but you get the benefit of some fancy Sony software algorithms giving image enhancements. The results are pretty good—you can see some examples below.

Here are some practical examples of the zoom ranges in the various zoom modes. You can click on each image to open a full-size version to get an idea of image sharpness. These were all taken with the JPEG / Extra Fine / L:20M settings.

There are two ways to control the zoom on the RX100 VII. Here’s a quick rundown of each of them. But first, here’s what the lens looks like when zoomed. The first shot is at its widest end (ie. 24mm). The second is zoomed in fully to 200mm.

The zooming mechanism uses a small lever on the top surrounding the shutter button. It’s not an especially precise way to do it, and it’s relatively slow. You can, however, control the speed by how much you move the switch. If you move it just a little, the zoom moves slowly. Switch it all the way across and it accelerates.

There’s also an option to control the zoom speed. You can find that setting in the menu under Camera2 > Zoom (page 6/10) > Zoom Speed. 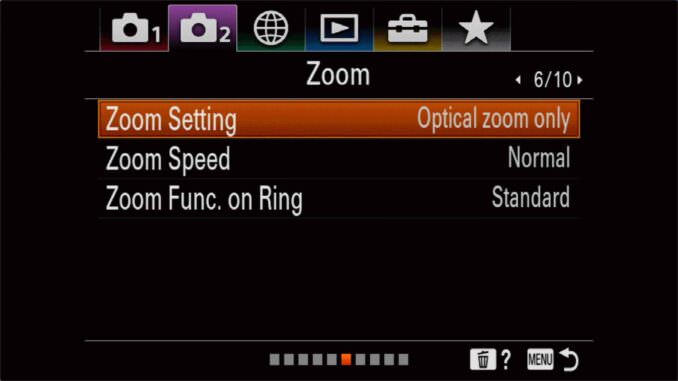 There is an alternative way to control zooming on the RX100 VII that provides more precise control and might be more intuitive for many photographers. That’s by taking advantage of the ability to assign functions to the control ring around the lens. By default, it handles the most obvious setting for that shooting mode, such as the aperture in Aperture Priority mode or the shutter speed in Shutter Priority mode. But you can override that in the settings and have it control the zoom.

It’s not immediately self-evident how to change the behavior of the control ring, and the manual isn’t much help beyond saying that it’s possible.

You find the setting under Camera2 > Custom Operation1 (9/10) > Custom Key. You’ll see three Custom Key settings listed; the first is for still images, the second for shooting video, and the third for playback. You can have different behavior for each of these modes. 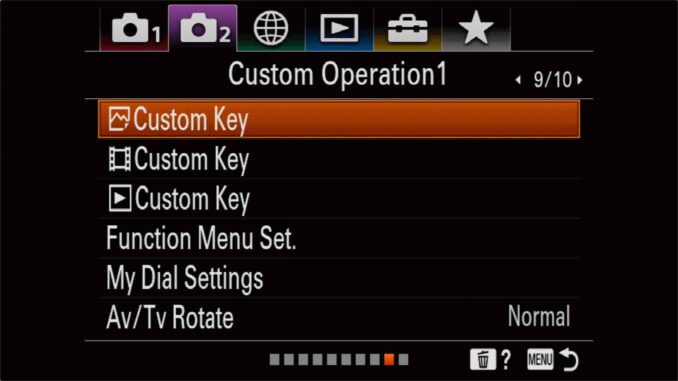 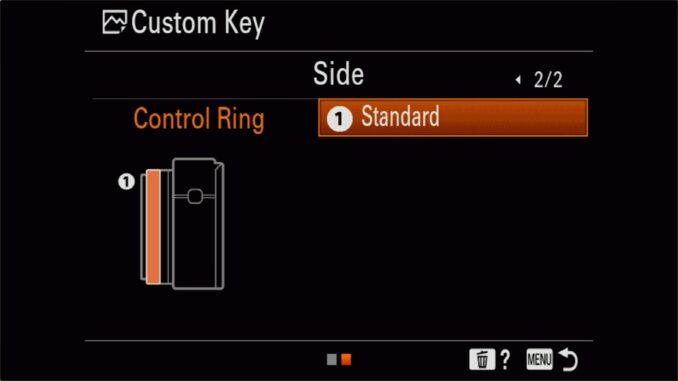