Some newer GoPros have a new in-camera feature for something you could only do in post-production before: correcting fisheye in photos and videos. It’s called Linear FOV. 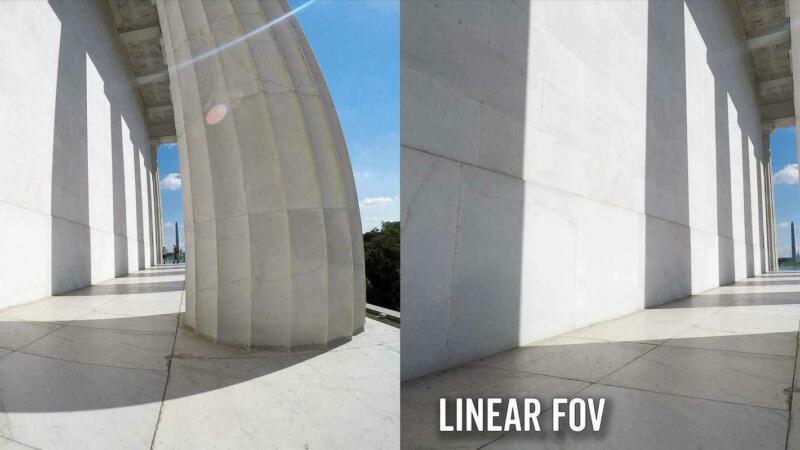 The extreme wide-angle lens of GoPros helps with that immersive look, putting you in amongst the action. It packs a lot of perspective and information into the frame.

But the price you pay is that distorted, bulging fisheye look, where horizons and straight lines get curved and subjects in the middle of the frame look artificially big compared with the things around them. And that might not be the look you’re going for. You might be wanting a more “normal” perspective.

It’s possible to correct it in post-production–easier when working with photos than with videos—but that’s an extra time-consuming step. Some newer GoPros have a built-in antidote that corrects for that fisheye look in camera. It’s known as the Linear FOV.

What is Linear FOV?

The Linear FOV in newer GoPros is a field of view that corrects for the fisheye distortion of GoPro lenses. It straightens horizons and verticals and narrows the perspective.

Linear FOV is particularly useful for aerial footage shot from drones, but it’s also a good option to have any time you’re after a more traditional perspective.

What Linear FOV Does

It has always been possible to correct for the fisheye look in post, whether you’re shooting still photos or video. But until now it has involved extra work in post-processing. I’ve written about how to do that with still photos as well as with video footage. But in several GoPro models since the HERO5 cameras, it’s now possible to shoot in modes that correct the distortion in the camera, eliminating the need to do it later. 1

It’s a new Field of View setting available in photo modes and some video modes and called Linear FOV mode. It applies software correction to the lens distortion before it saves the image file to the memory card.

The impetus to add this non-distorted field of view was mainly GoPro’s push to enter the drone market with the Karma. Linear FOV is especially useful in footage from a drone to avoid the exaggerated horizons you get from shots looking down.

Even when not shooting with a drone, Linear FOV can be useful if you don’t want that exaggerated fisheye look.

Here are a few real-world examples of what it does. These first ones are still photos shot with a GoPro HERO5 Black: 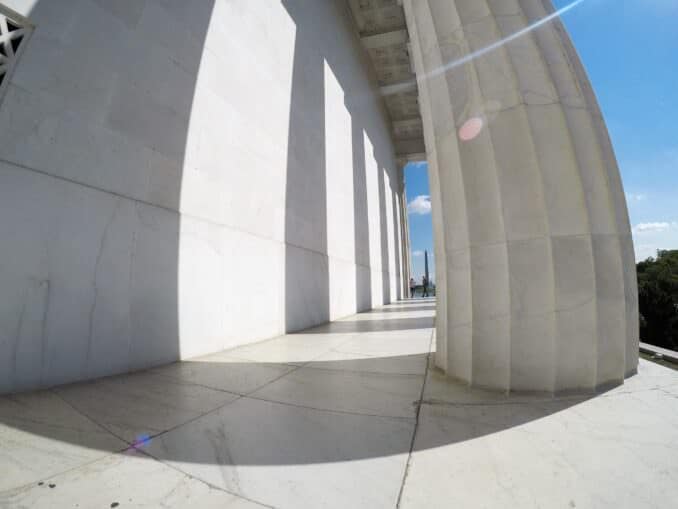 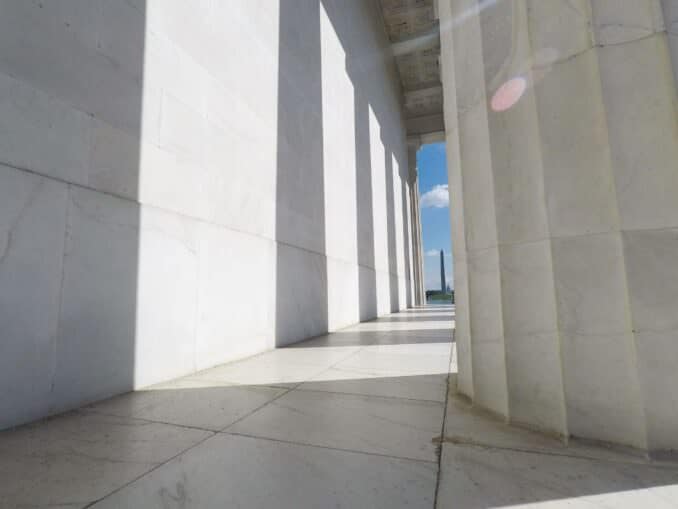 With the horizon already pretty much centered and the detail in the frame in the distance, the effect is less obvious in this one: 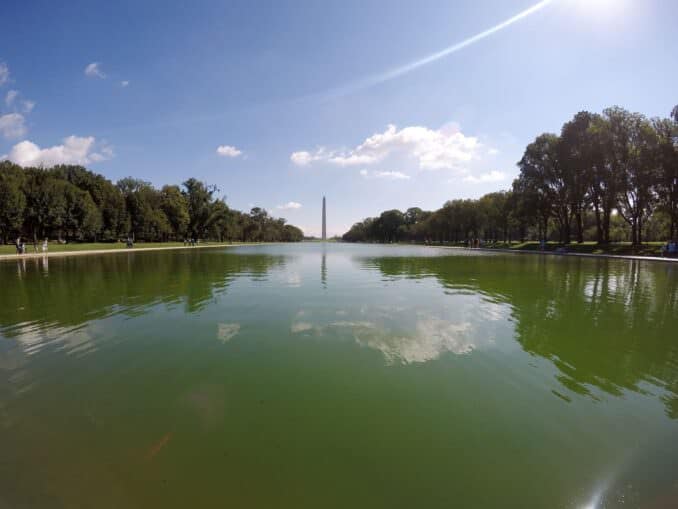 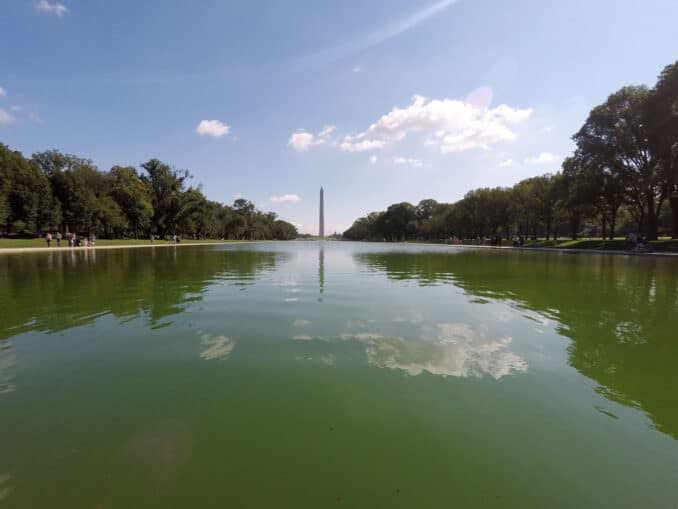 These are screen grabs from video shot side-by-side with a GoPro HERO4 in its standard Wide FOV mode and the GoPro HERO5 Black in its Linear FOV mode. 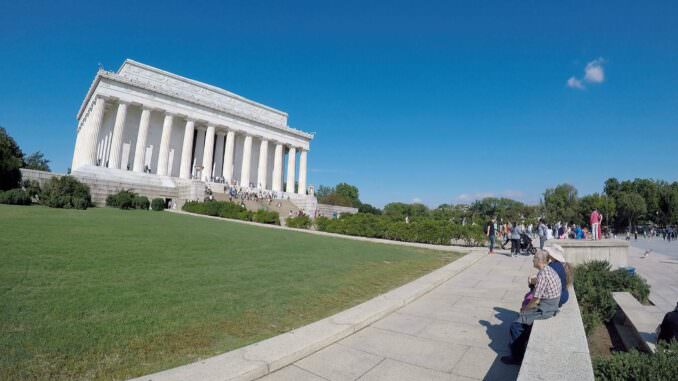 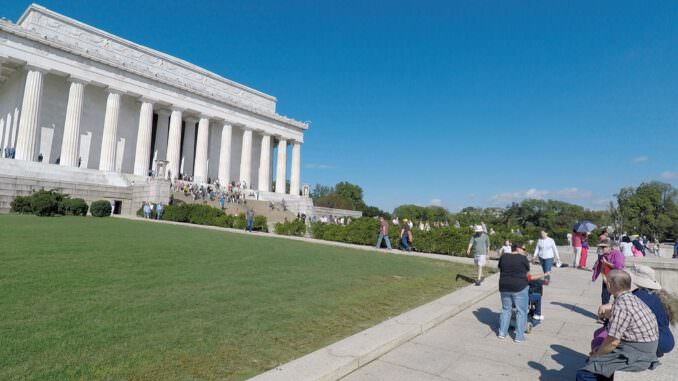 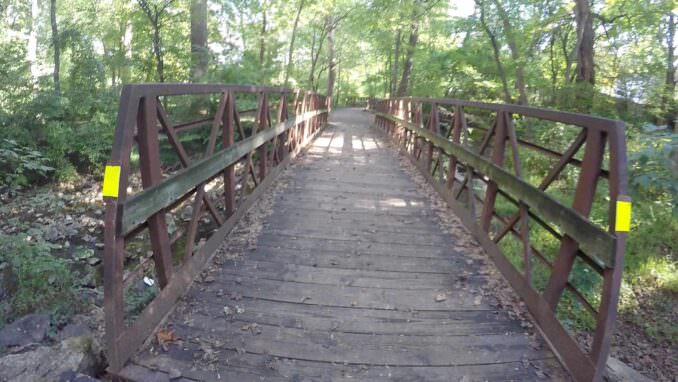 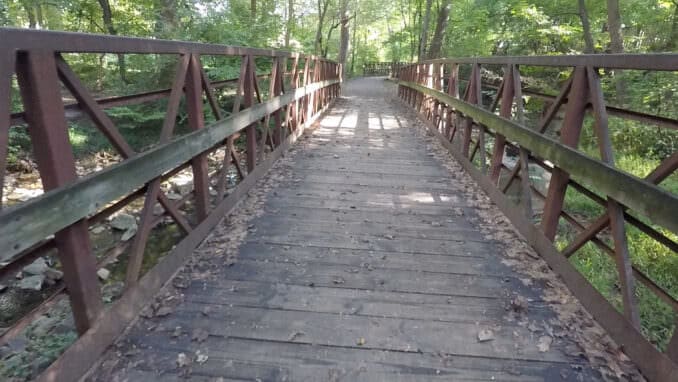 Linear FOV isn’t available in all video sizes and framerates, in part because the software processing has to cannibalize information around the edges of the frame. The specific shooting modes its available in varies by camera model.

As you can see, lines get straightened and the whole look is much less distorted. But there is a price to pay, and that’s principally in terms of losing image real estate from around the edges of the frame and the parts near the edges can get a stretched look. It’s pretty obvious is all of these examples, but especially so in the shot of the bridge above where it looks as though it was shot from a different spot. But in all of these examples, they were either shot using the same camera in the same spot or two cameras mounted exactly side-by-side.

There is also something to be aware of even if it’s not a drawback, as such, and that is that shooting in Linear FOV mode is non-reversible. That is, once you shoot in Linear mode you can’t revert the image or video footage back to the wide view as you can with the old post-processing method. So you’ll want to be certain as you shoot that Linear mode is what you want.

You can, of course, continue doing it the old way of shooting in the regular Wide FOV mode and correcting in post. It doesn’t always give exactly the same results, but you can get close. Here’s a quick example where I corrected an image shot from the GoPro HERO5 Black in Lightroom using the post-processing method I’ve outlined here. At the time I originally processed this example and wrote this post, Lightroom didn’t have a built-in lens profile specifically for the GoPro HERO5 Black yet. I used the one for the HERO4 Black and found that it worked well on HERO5 Black images. Since then, newer versions of Lightroom have added support for the newer GoPro cameras.

For video, it’s trickier. You used to be able to use GoPro Studio to do it. But that’s no longer available, so if you don’t already have it installed (and still using an operating system that’s backwards compatible with 32-bit apps), that’s no longer a viable option.