How to Remove the GoPro Fisheye Effect from Photos

Photos taken with GoPro cameras have that distinctive fisheye look. But that might not be what you want all the time. Here’s an effective and quick way to remove the fisheye look using Lightroom. 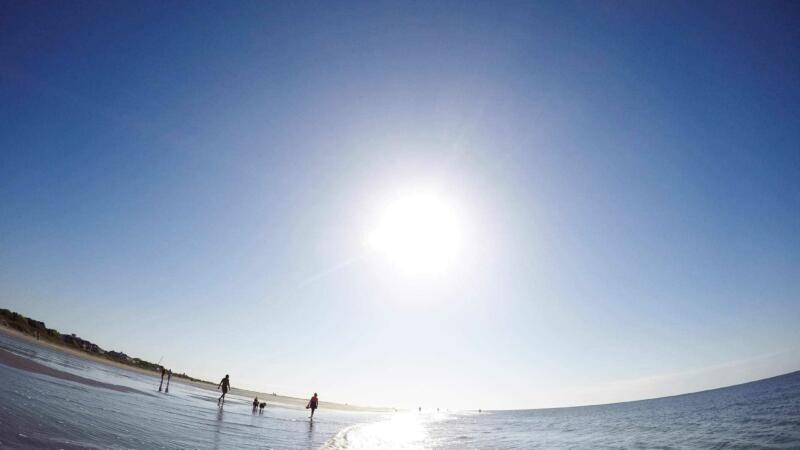 All GoPros have a super wide-angle lens. Right from the beginning, that has been a calling card of most action cameras. It works really well for the kind of immersive action shots that GoPros were invented to take—it can make you feel like you’re there. And it’s especially good for close to fail-safe shooting. The very wide angle greatly increases the chances that what you want to shoot will be in the frame and not cropped out. But it also has a useful side effect in that it allows for an extremely deep depth of field, which means that it’s almost impossible to get an out-of-focus shot with a GoPro (motion blur is something different).

But that wide-angle perspective isn’t a good fit for everything. Straight lines, like horizons, become bent. And the center of the frame becomes oversized in relation to the rest of the frame, giving it a bulging look. If you’re using your GoPro for travel or everyday shooting, that might not be what you want.

If you’ve had the foresight to enable the Linear FOV mode that newer GoPros have, you’re in good shape. But that only works with JPGs, not RAW image files. And even the Linear FOV isn’t always a good fit. What I’m focusing on here are photos taken with the standard wide fields of view.

GoPro Studio included a “remove fisheye” option that was baked in as part of the process of converting the footage. But that option wasn’t available for still images, and GoPro Studio has been discontinued.

So here’s a quick guide to removing the fisheye look from GoPro photos using Lightroom. You can do one photo at once or thousands in seconds. And because it’s consistently applied across all the photos—some of the other methods aren’t—it also works well when prepping time-lapse photos for compiling to video.

Unfortunately Lightroom isn’t free or even cheap (although there is a free trial), but if you’re already using it as part of your photography workflow, it includes a very effective and quick way to remove the GoPro’s fisheye distortion. One other useful reason to use Lightroom for this is that it is one of the very few apps that can work directly with GoPro RAW image files.

It’s worth emphasizing that this only works for still images, not videos. I have a separate guide for removing the fisheye effect from GoPro videos.

How To Do it

The first thing you need is Lightroom Classic. If you don’t have it already, you can download a free trial version here. There are versions for Windows and Mac.

There’s really not much to it because the functionality is baked into Lightroom’s Develop Module. And Lightroom even ships with Adobe’s own lens profiles for recent GoPro models.

The panel to use is in the Develop module. On the right side, towards the bottom, you’ll see a Lens Corrections panel. Expand that and check the box Enable Profile Corrections. 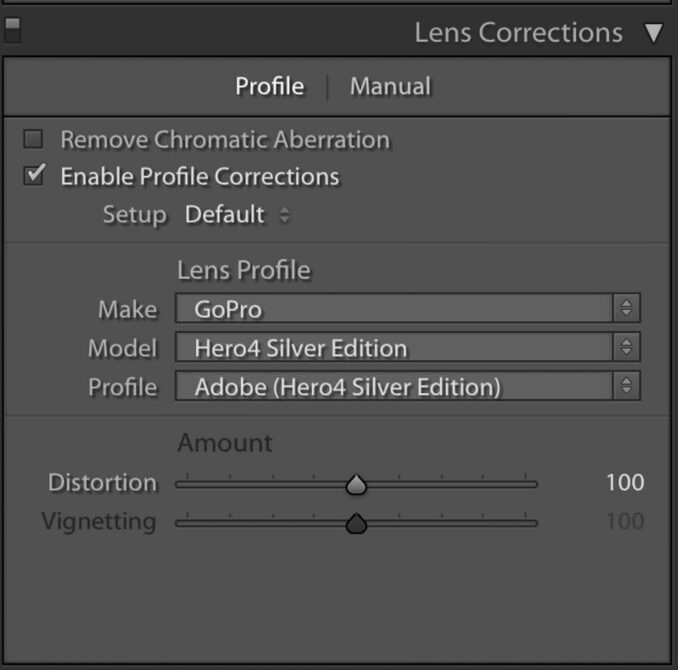 More than likely, so long as you haven’t messed with the image’s metadata, it’ll automatically detect the model of the camera used to take the photo and select the corresponding lens profile. In the event that it doesn’t get it right for some reason, you have a choice of recent models using the Model drop-down menu. 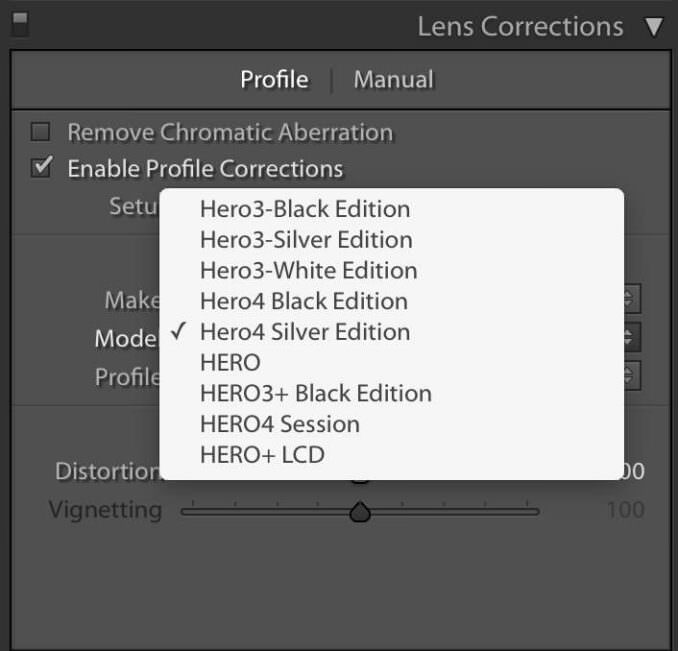 By default, in the Profile line, you’ll only have the Adobe profile option, but it is possible to create and share your own lens profiles. That’s really an advanced feature, though, and frankly isn’t something a lot of GoPro users are likely to want or need to do. (But if you’re determined to do it, here are some guides.)

If you decide that the correction goes too far and you still want to leave some fisheye effect, slide the Distortion slider to the left to reduce the power of the correction.

Here are some examples where GoPro’s distinctive fisheye effect has been removed using the profile corrections feature in Lightroom. These were taken with a mix of HERO5 Black, HERO4 Black, and HERO4 Silver, but the principles remain the same for other models. 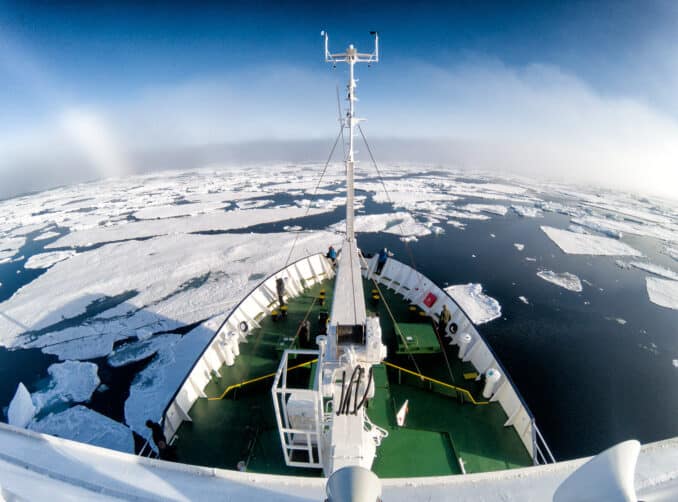 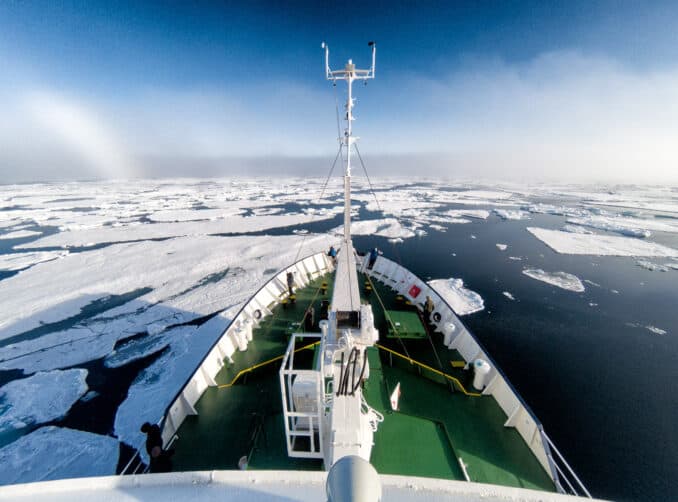 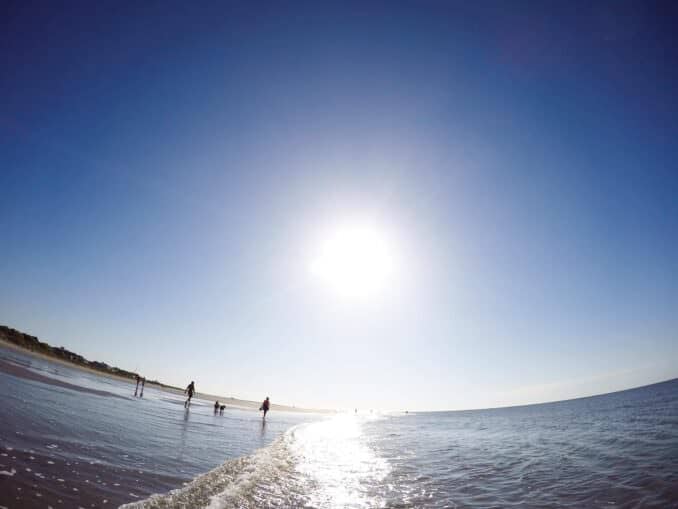 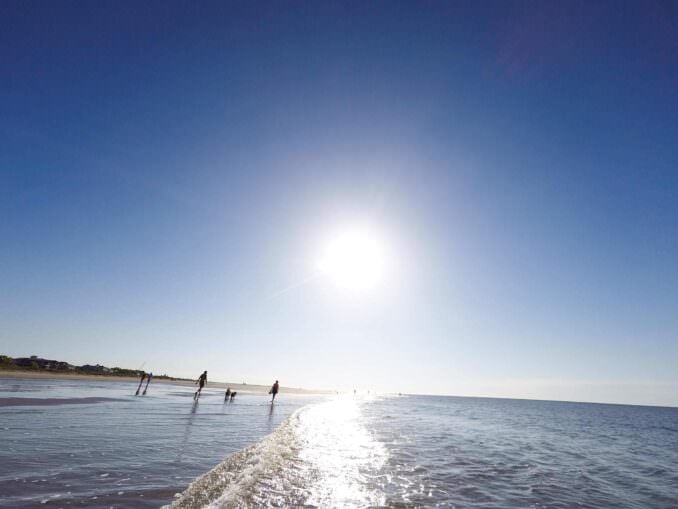 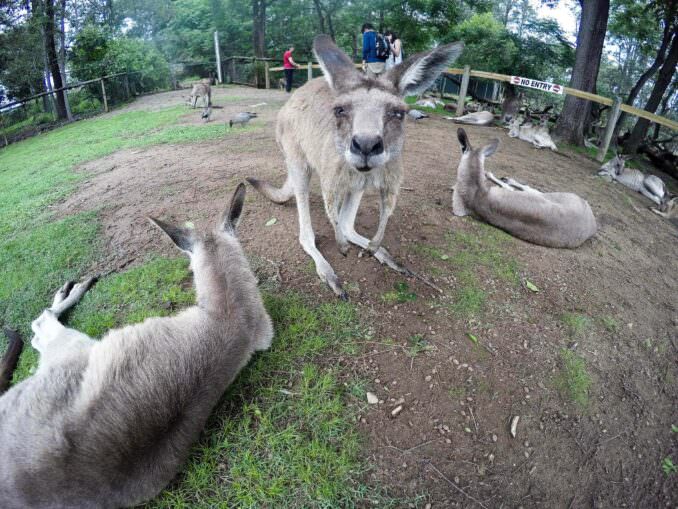 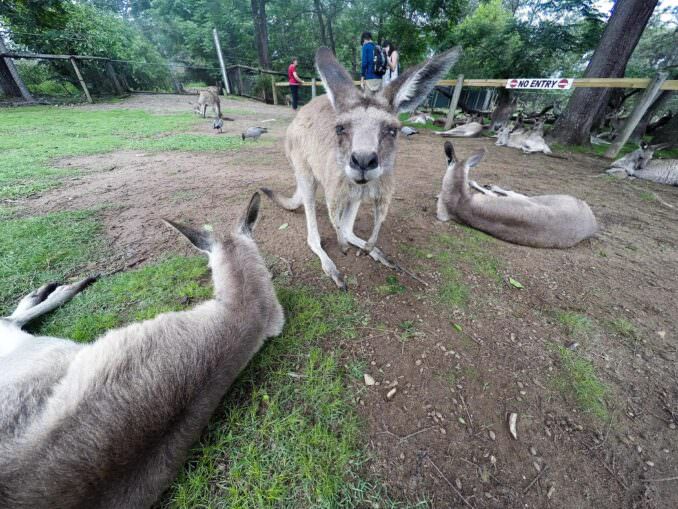 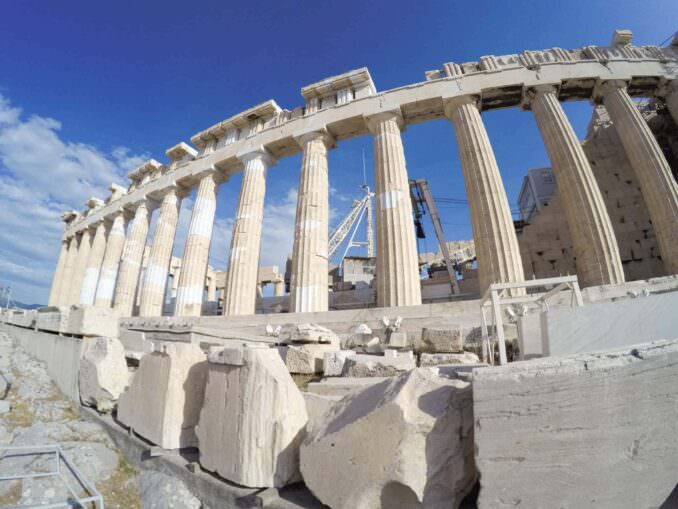 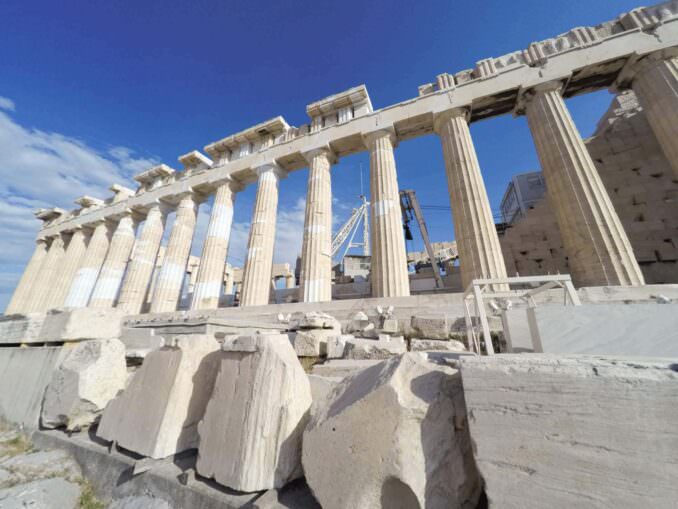 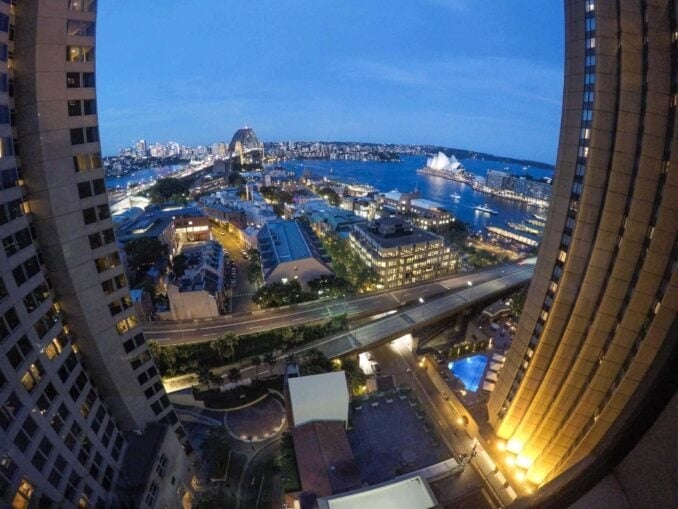 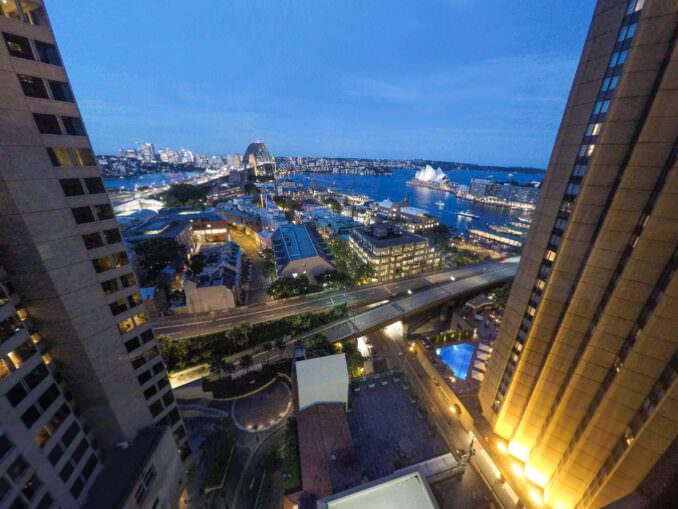 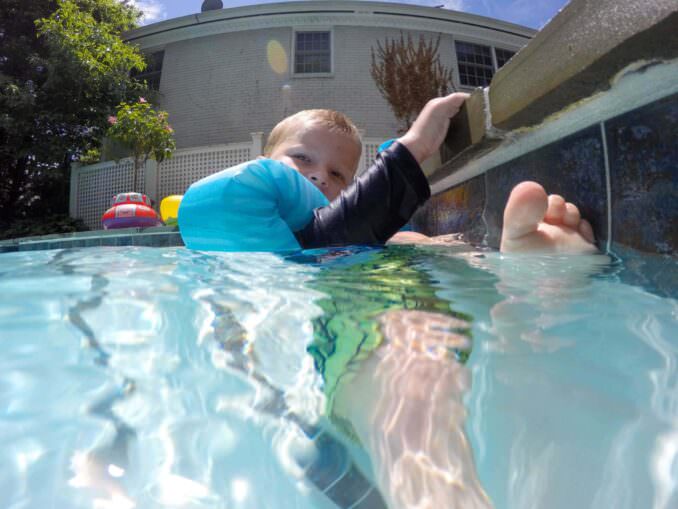 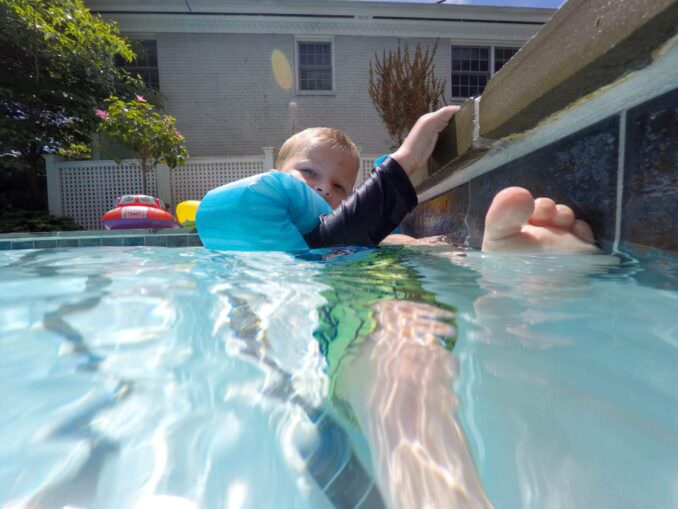 The correction doesn’t come entirely without cost, of course. You do end up losing some of the image from the edges. Here’s a good example where you can see that people at the edges are simply cut out of the new version because of the distortion correction. 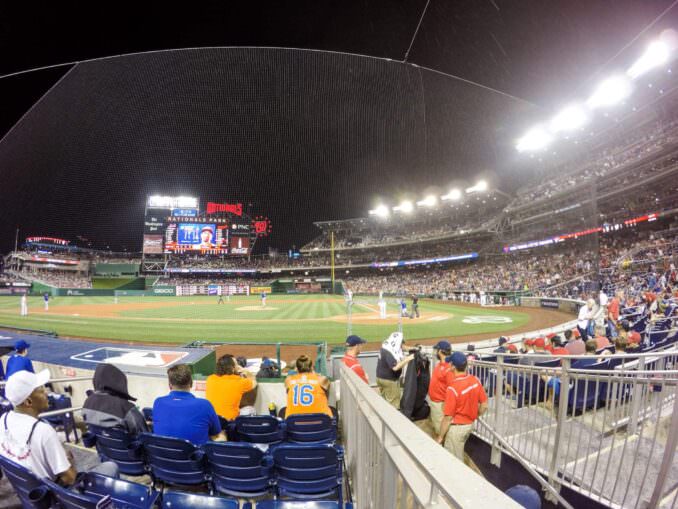 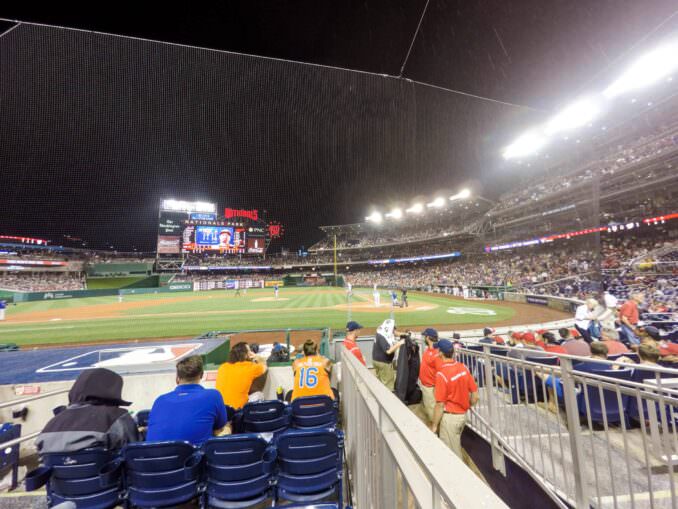 There are two ways to end up with similar results using Photoshop. But honestly, using Photoshop to correct the GoPro fisheye effect takes significantly more work and has to be done for each individual image unless you want to go to even more effort and create a custom batch process. And if you have access to Photoshop, there’s a good chance you also have access to Lightroom. Which is why I’ve focused on Lightroom here.

But if you’d prefer to use Photoshop, here are two options:

Lens Correction Method. The easiest and quickest is to use the Lens Correction filter (Filter > Lens Correction). You’ll get a panel that does similar things to the Lightroom method, although by default, it only includes a GoPro Black profile, and I’ve found that with its default settings, it actually overcorrects, bending horizons back the other way. 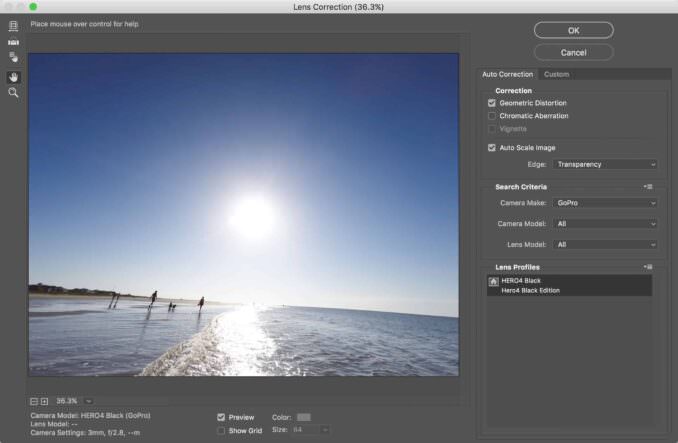 Adaptive Wide Angle Filter Method. You can also get good results using Photoshop’s Adaptive Wide Angle filter. You get far more control that way, but it’s also much more work because you have to identify and mark the lines in the image that you want to use as the basis for the correction calculations.

How to Remove the GoPro Fisheye Effect from Photos