Ricoh GR III Video Modes: What They Are and How to Use Them

The Ricoh GR III is mostly a stills photo camera. But it does have some basic video capabilities. Here’s a rundown of what they are and how to use them. 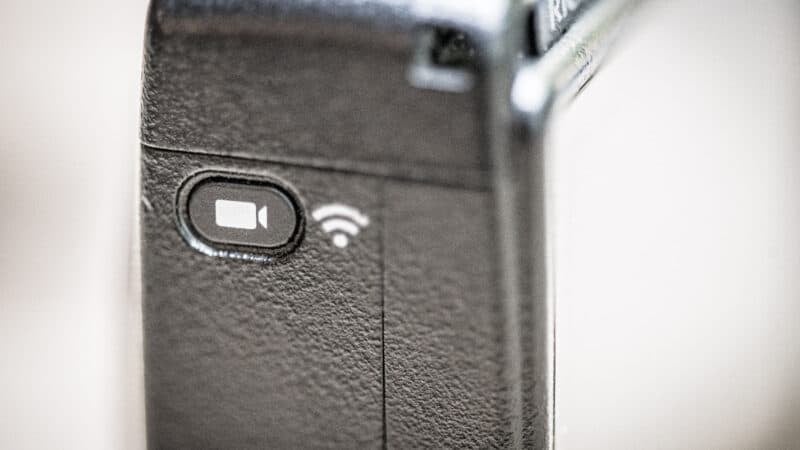 The Ricoh GR III leans heavily into still photos shooting. If I was shooting a lot of video, it wouldn’t be my first choice of camera. But it does have some basic video capabilities. Here’s a rundown of what they are and how to use them.

The only video resolution available on the GR III is 1080p. Sometimes called Full HD, the screen size of 1080p measures 1920 pixels across and 1080 pixels tall.

There’s only a limited number of framerates available:

To change the framerate, go to:

The encoding bitrate at 60fps is around 44 Mbps, which is not particularly high. It uses variable encoding, so it can deviate a little depending on the scene.

There’s a recording duration limit of 25 minutes. That creates a file that’s a little under 4GB in size. So it’s compatible with SDHC cards.2 Once the video reaches that, it’ll stop recording. You can start again right away (so long as the camera isn’t overheating–see below).

Saving high-resolution video can cause the camera to get quite warm. The GR III has built-in protection against overheating. If it gets too hot, it’ll stop recording. You’ll need to wait for it to cool down before resuming.

Only NTSC is available on the GR III. That’s reflected in the available framerates (60 and 30).3

There’s a built-in stereo microphone. There are small holes for the sound on each side of the top portion of the lens (on the camera body, next to the lens).

How to Shoot Video with the Ricoh GR III

The first time I tried shooting video with the GR III, it took me a while to figure out how to do it. And this was after I’d owned and used the GR III for quite some time (but had only been shooting still images).

It’s not complicated, but it’s also not quite the same as with other cameras (a recurring theme with Ricoh cameras). There’s no red record button on top or a video mode dial switch. Instead, there’s a button to switch the camera into video-shooting mode. And it’s not necessarily where’d you think to look. It’s on the side of the camera and doubles as the wifi button. In the manual, it’s called the Movie/Wireless Button.

So what you do is press that button that has a video camera icon on it. That puts the camera into video mode. Now, when you press the shutter button, it will work as a record start/stop button.

To go back to still image shooting, just press that button on the side of the camera again.

It’s also possible to assign a different button to switch between photo and movie modes. You could, for example, use the Fn button.

You can find more information about customizing buttons on the GR III here.

The Ricoh GR III does not have an HDMI-out port. It does have a USB-C port, and that supports the DisplayPort protocol.

If you’re looking to output to a device that uses HDMI, the manual says to use a “USB (Type-C)-to-HDMI adapter. Some adapters cannot be used with this camera.” But it doesn’t explain which adapters do and don’t work. This is an issue I’m still investigating, but I don’t currently have any recommendations on which USB-to-HDMI converters work and which don’t.

The camera can get quite hot when recording video. If it gets too hot, a safety mechanism will kick in and shut down the camera.

Ricoh GR III Video Modes: What They Are and How to Use Them