Here's a collection of images shot at high ISOs on the Sony a7R IV, Sony's flagship model with a new and improved 61MP sensor. 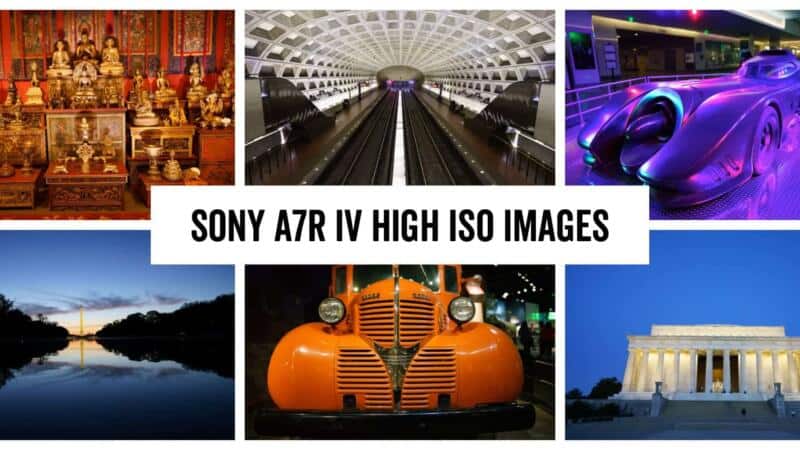 Sony’s sensors have been some of the best in the business for a while now. And the one in their new flagship full-frame mirrorless camera, the a7R IV, once again sets the bar even higher.1

Combined with the latest version of the in-camera image processing engine, BIONZ X, the sensor produces 61MP images that are remarkably rich, detailed, and relatively problem-free even at very high ISOs. For low-light photography, that’s a real gift.

And that’s what I’m focusing on here: high ISOs. I’ll post some more general image samples separately, and you can find some examples spanning the a7R IV’s ISO range here.

In taking these shots, I’ve tried to include several sequences of the same shot at different ISOs so that it’s possible to do some apples-to-apples comparisons. You can also find similar high-ISO photos I took with the a7R III here.

I’ve also emphasized scenes with a lot of shadows, which is typically where the downsides of high ISOs—image noise and grain, lower dynamic range, poorer detail, and shifting colors—can tend to show up more obviously.

All of these were shot in RAW (actually, RAW + JPG) so as to bypass the camera’s processing that’s applied to the JPGs. In practice, the a7R IV’s processing engine does an excellent job dealing with image quality issues at high ISOs. So much so that there’s a good argument to be made for using the JPGs rather than the RAW files, especially if you don’t want to spend the time and effort in post-processing to get results that good. (You can see some practical examples here). But the ones shown here are rendered from the RAW files, not the JPGs, and therefore don’t have that in-camera processing applied.

I’ve processed the RAW files in Lightroom but have deliberately only applied the lightest of touches. The whole point of the exercise, after all, is to show warts and all. So there hasn’t been much done to them—some minor exposure and contrast tweaks here and there, for example. And I haven’t added any extra noise reduction beyond Lightroom’s default setting (Luminance: 0; Color: 25; Detail: 50; Smoothness: 50).

You can click on each image for a full-resolution version for a closer look. If bandwidth is an issue, be warned that the full-resolutions versions are 61MP JPGs.

This is useful if you want to use Auto ISO but want to make sure that it won’t use very high ISOs where you’ve judged that the image quality deteriorates too much. Every photographer will have their own threshold for that. For me, for general travel photography use, the images coming out of a7R IV are acceptable up to around 25600. So I might set the upper limit there. Beyond that, it becomes more of a case-by-case basis, which I can override with manual ISO selection if I wish.

You find this option in the a7R IV’s menu system under Camera 1 > Exposure 1 (page 9/15) > ISO Setting > ISO. Choose ISO Auto from the list and then move right to select the minimum and maximum from the bottom of the screen. 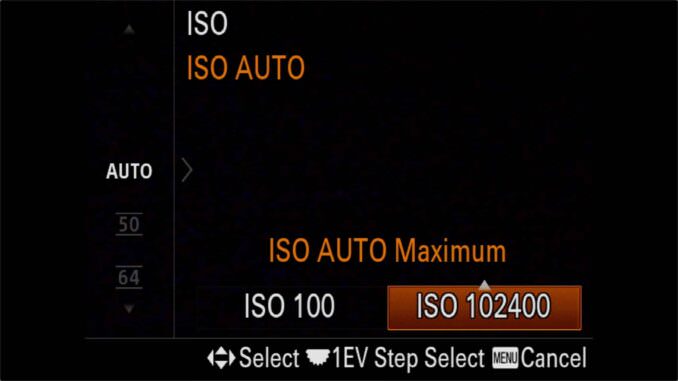 You can also assign limits on the available ISOs when manually selecting the ISO. ISOs beyond those limits won’t show up at all in the scrolling selector.

Why might you want to deliberately remove ISO options? Primarily because it can make the manual selection that much quicker because you’re not scrolling through a bunch of ISOs that you have no intention of using. 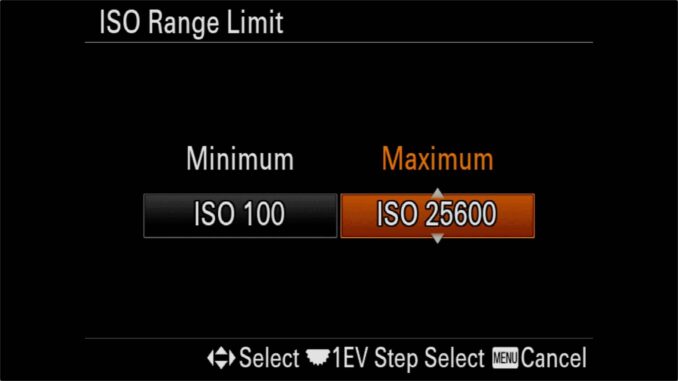 The Sony a7R IV is available from B&H Photo in various configurations, including the body only or with lenses and other accessories. Sony has set the MSRP for the body at $3499.99.