If you’re running into an error when Slot 1 SD card is full on the Sony a7R IV, here’s how to make it roll over to Slot 2 automatically. 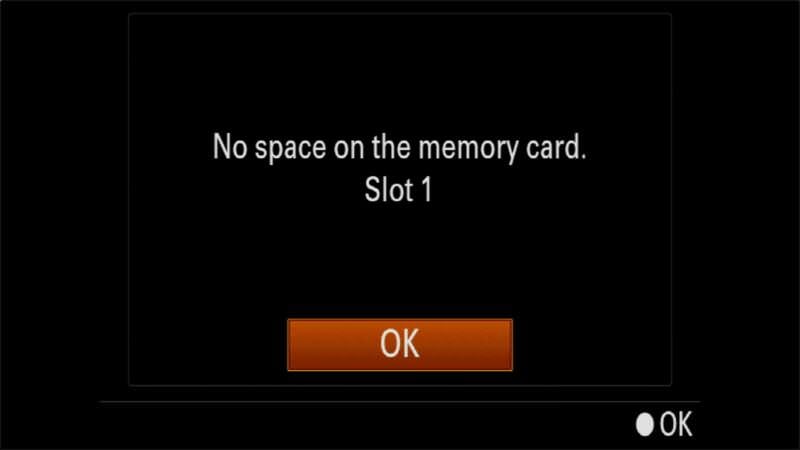 The Sony a7R IV has two SD memory card slots, and with a 61MP sensor, chances are you’ll be making good use of both of them. Both take UHS-II SD cards.1

You have quite a bit of control over how they’re used. For example, you can:

They’re the types of things that are pretty standard on top-of-the-line cameras these days.

But there was one specific setting that caught me by surprise when I started using Sony cameras that had two memory card slots. And that is what happens when you fill up the first SD card. With still images weighing in over 122 megabytes each, that can happen quite quickly.

The specific error is: “No space on the memory card. Slot 1.” 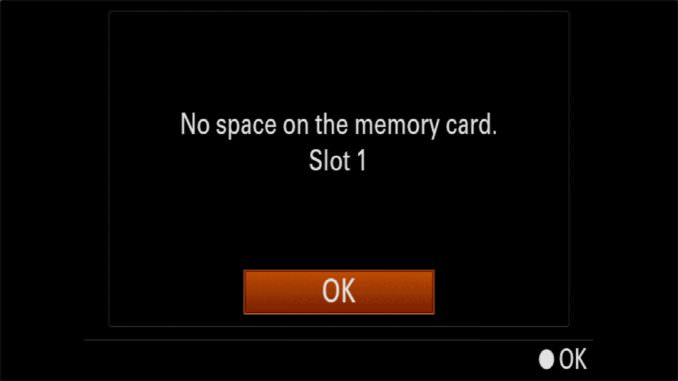 It’s a showstopper error–while it tells you what the problem is, it’s not the least be helpful in steering you toward a solution, and yet you can’t keep shooting until you fix it. Sure, you could physically swap out the memory card, but you shouldn’t have to when the camera has two memory cards.

In fact, you don’t have to do that. My mistake was assuming that when I filled up the card in Slot 1 it would automatically roll over to using the card in Slot 2. But that’s not what happens by default. For some reason that still escapes me, Sony cameras are set by default to simply stop working if the first SD card fills up.

Thankfully, it’s easy to fix. But it took my some time scrolling through menu options trying to find where to change the setting. So I’m posting it here in the hope that it helps someone else (and probably me again next time when I forget where to find the option).

You can find the relevant menu item on the menu system on the back screen under the general setup tab (the toolbox icon). It’s the sixth page “Setup5”, and the setting you’re looking for is called “Rec. Media Settings.” 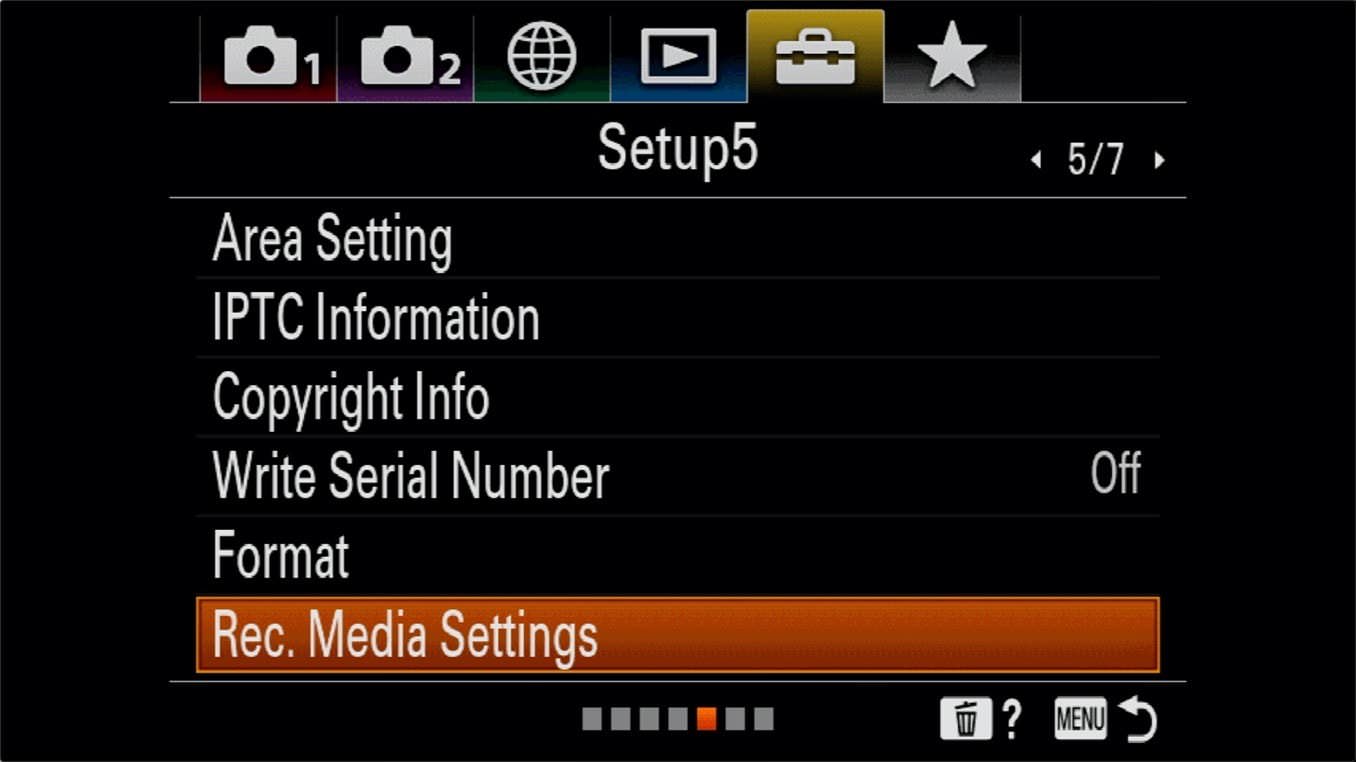 Once you drill down to that, you have some submenu options. Among them is the “Auto Switch Media” option. By default, it’s set to Off. Switch it to On, and you’ll now have it roll over automatically to Slot 2 when you fill up the card in Slot 1. 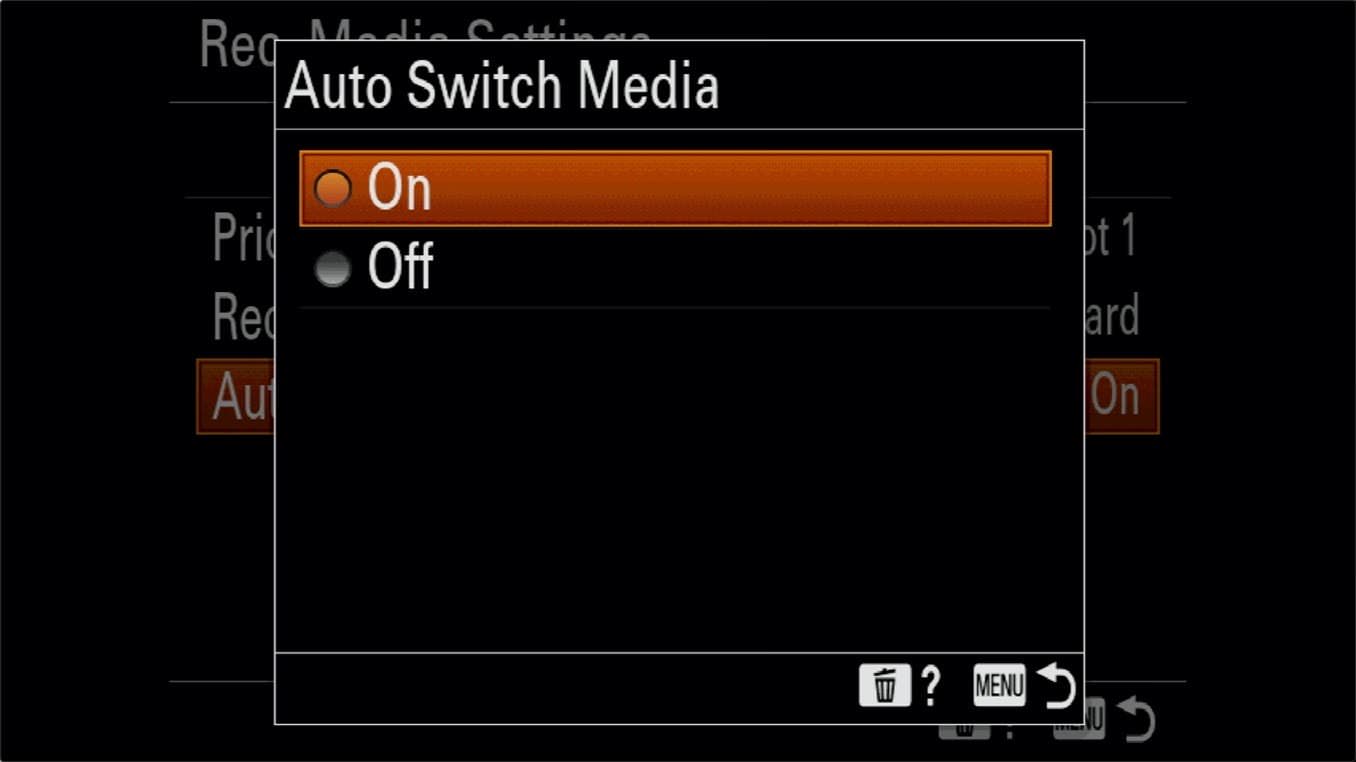 So it’s not at all complicated. But if you’re fumbling around in the menu system trying to find where to change it, hopefully, this might help.