How to Capture a Video Frame with VLC

One free, simple option for video frames capture to save it as a JPG is to use the free, cross-platform app VLC. Here’s a quick guide on how to do it. 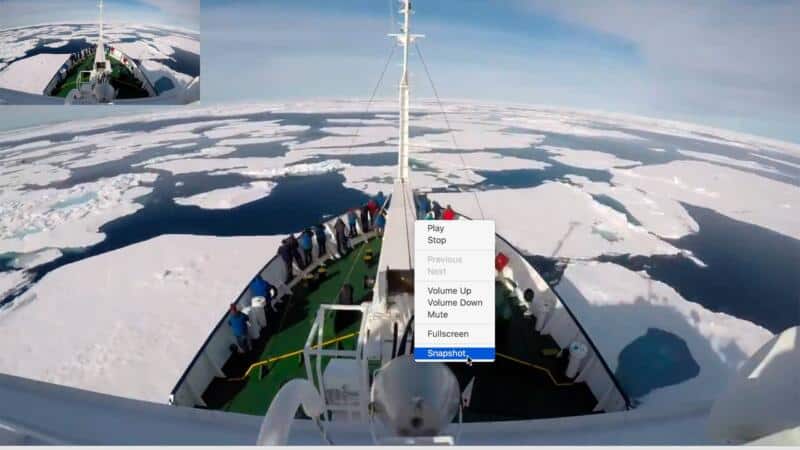 There are many reasons you might need to grab a single frame from a video and save it as a JPG. One common reason is to use that frame as a video thumbnail for YouTube or other video sharing site. An advantage of doing it manually rather than letting the service automatically generate the thumbnails is that you can customize it with text and graphics as well as be more selective about precisely which frame you want to use. And aside from looking more professional, it can increase views and engagement.

There are many different apps and services that can extract a single frame from a video and save it as a JPG or PNG.

One good option is VLC. It’s free and cross-platform. And video frames capture with VLC is very simple.

If you don’t already have VLC, you can download it here. There are versions for Windows, Mac, Linux, Android, and iOS.

Once you have that installed, just open your video in it (File > Open File is one simple way to do that).1

Move to the part of the video you want to use for the snapshot. You can use the play/pause button or the progress bar at the bottom of the screen.

Once you’re there, you can grab that frame. VLC calls it taking a picture snapshot. You can use the menu or a keyboard shortcut. You can find the menu command under Video > Snapshot. 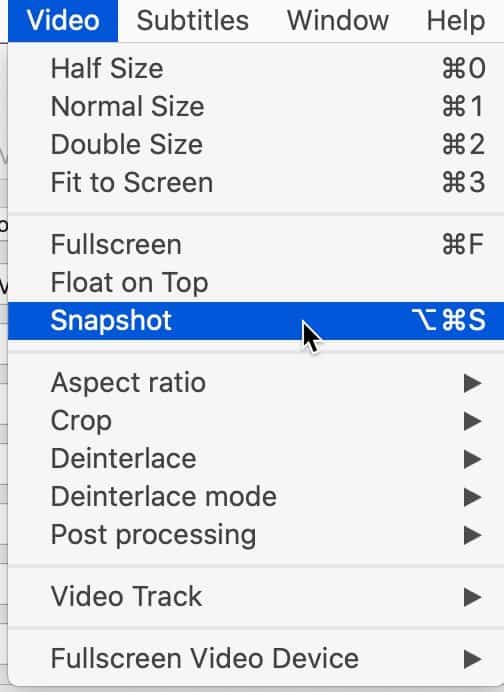 The keyboard shortcuts are:

A third option is to right-click on the video and choose ~Snapshot~ from the menu. 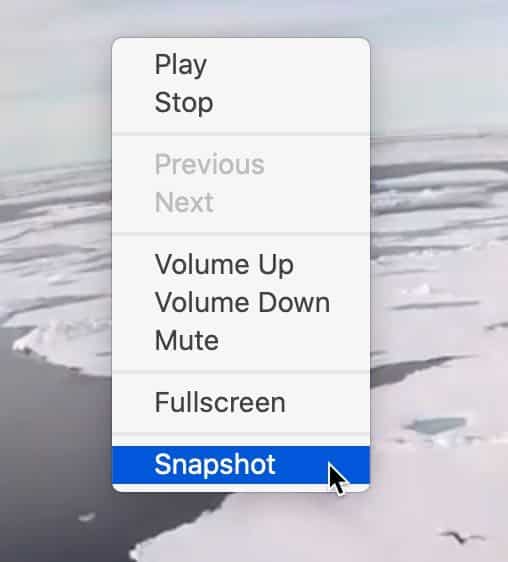 After you take the snapshot, you’ll see a small thumbnail version appear temporarily in the top left corner. 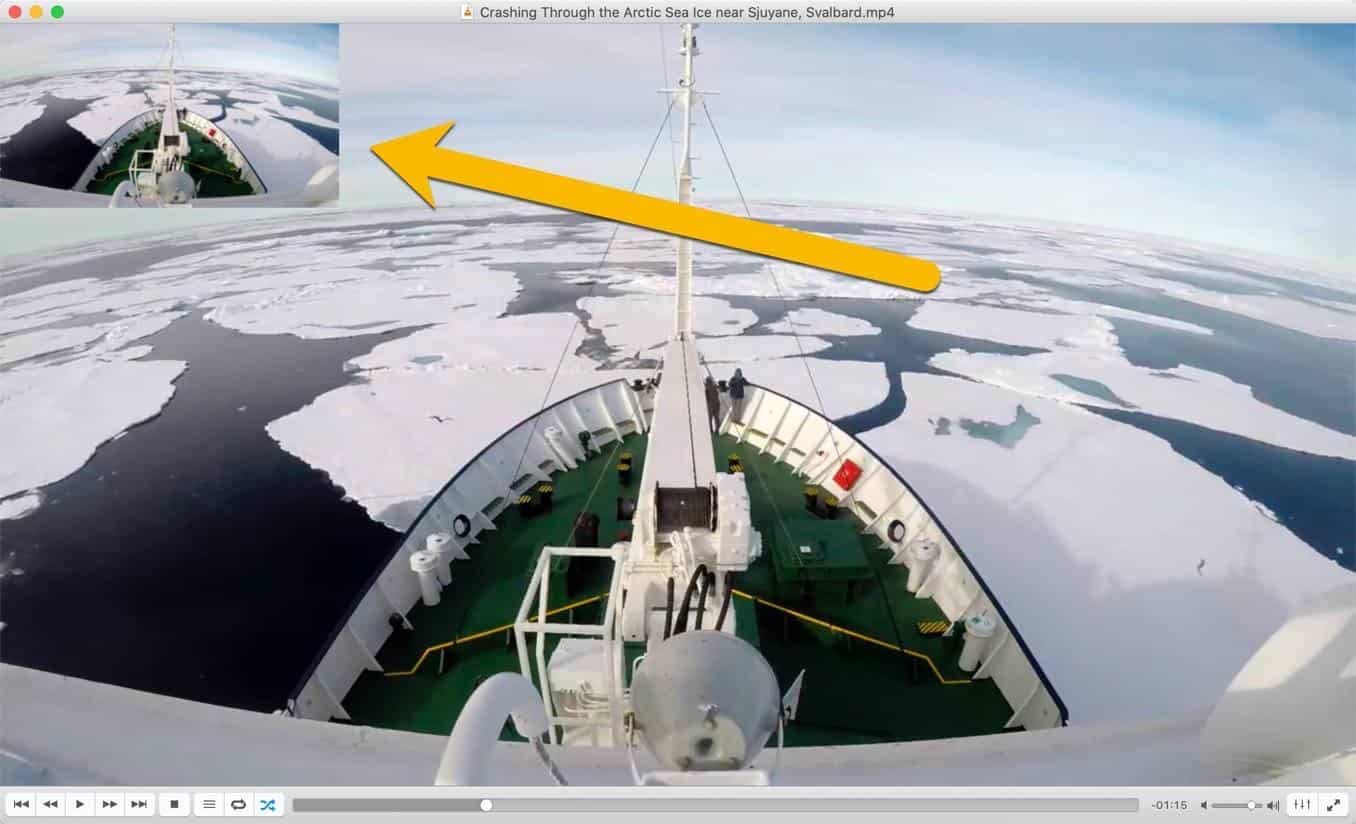 The image files are saved automatically. The default locations for each operating system are: 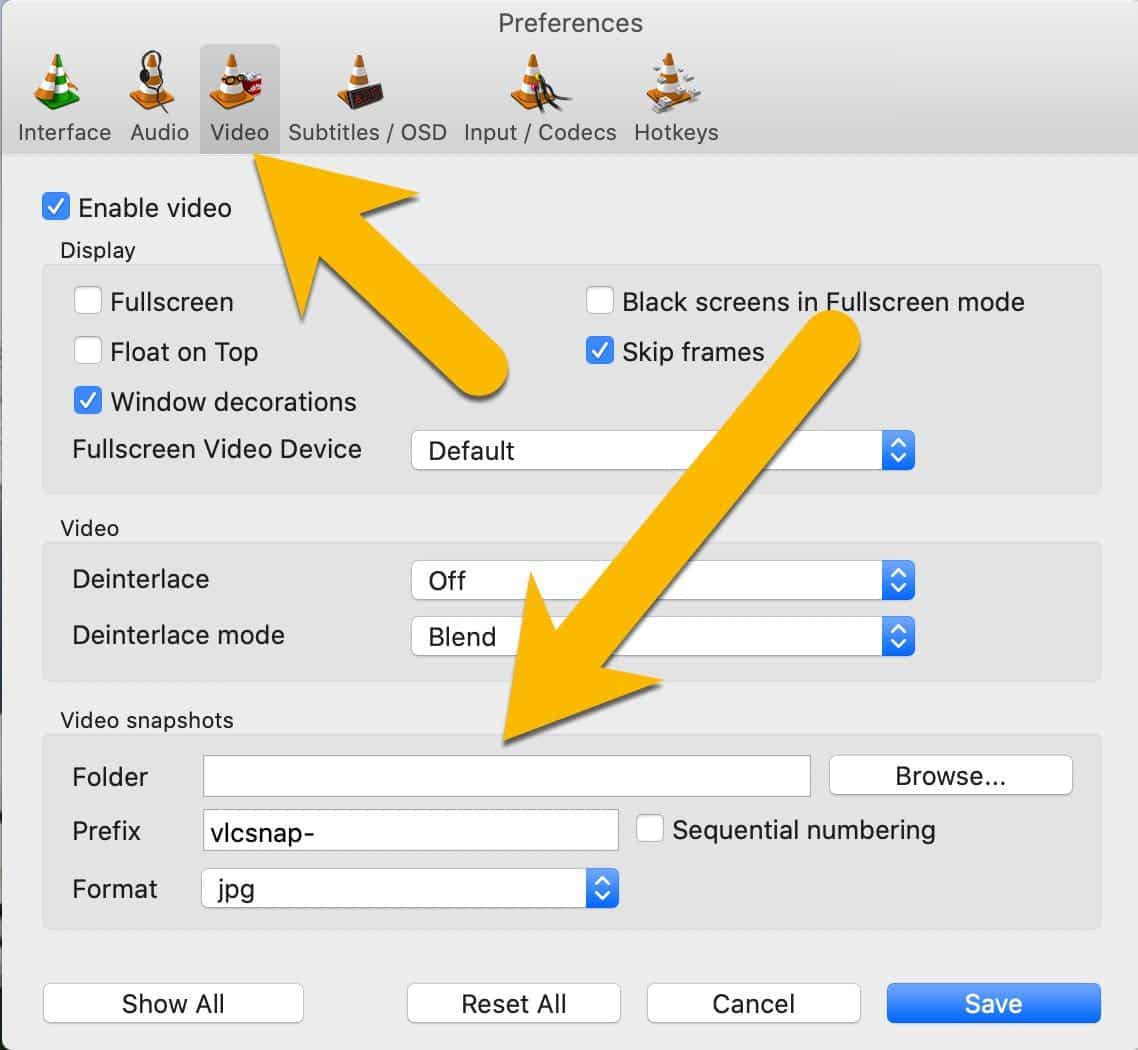 Video can be a complicated business, and I’ve found that the snapshot tool isn’t always foolproof. Most of the time it works well for me, especially on videos I’ve created myself (which is mostly what I’m using it for), but occasionally I’ll come across a video that doesn’t capture cleanly. Some users have suggested various things worth trying, including turning off the interlacing option (find it under Preferences > Video > Video > Deinterlace) or temporarily disabling Hardware Accelerated Decoding (find it under Preferences > Input / Codecs).

Older versions of VLC used to have an option for adding a snapshot button to the main playback toolbar, but I haven’t been able to get that to work on the version I’m currently using. It might still work on Windows or Linux versions (right-click on the toolbar and go to View > Advanced Controls).

I’ve put together a separate guide on a few different methods for capturing still images from video on Mac.

How to Capture a Video Frame with VLC