The HERO6 has a new processor and promises improved image quality over its predecessor, the HERO5 Black. Here are some side-by-side comparisons. 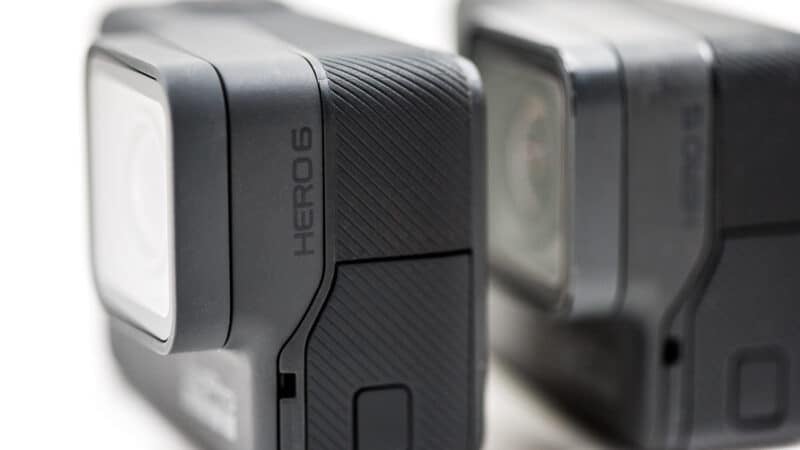 The GoPro HERO6 Black has a new processor developed in-house and promises improved image quality over its predecessor, the HERO5 Black. Since I use GoPros quite a lot for still photos in addition to their video capabilities, I thought it worth making some side-by-side comparisons of the results from their photo modes.

For the most part, the photo capabilities of the HERO6 Black and HERO5 Black are very similar. They both have 12MP sensors that produce images that are 4000 x 3000 pixels with an aspect ratio of 4:3. Both have the same lens that, by default, produces that distinctive super-wide fisheye look. With both, you can choose to shoot in GoPro’s own RAW file format, GPR, or in JPG (RAW isn’t available in all modes).

This comparison focuses specifically on their photo modes. I also have a more general overview comparing the HERO6 Black with the HERO5 Black.

To test whether there was any improvement in the new camera, I mounted a HERO6 Black next to a HERO5 Black in a dual frame and used a Smart Remote to shoot photos on both simultaneously. Here are the results.

The results from the regular still photos mode are quite similar between the models. The HERO6 Black tends to produce less contrasty (i.e. less punchy) images that pay dividends in better detail from shadows to mids to highlights. The improvements aren’t revolutionary, but they are there. 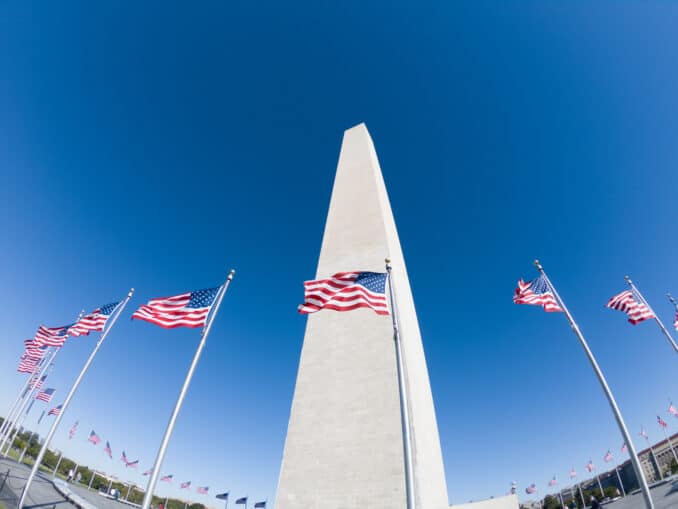 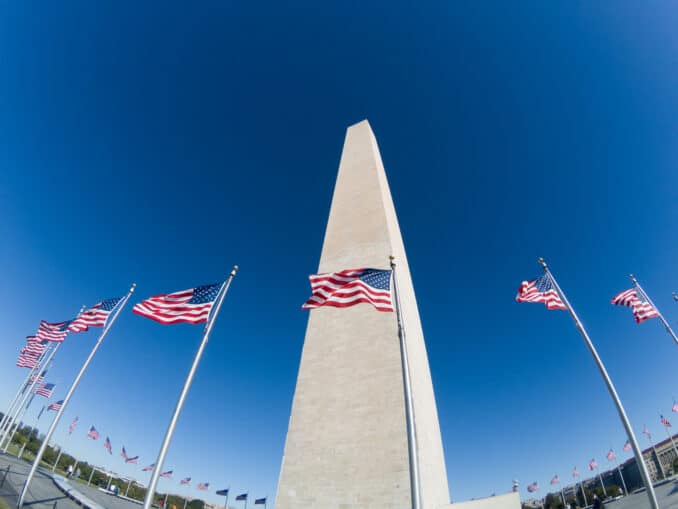 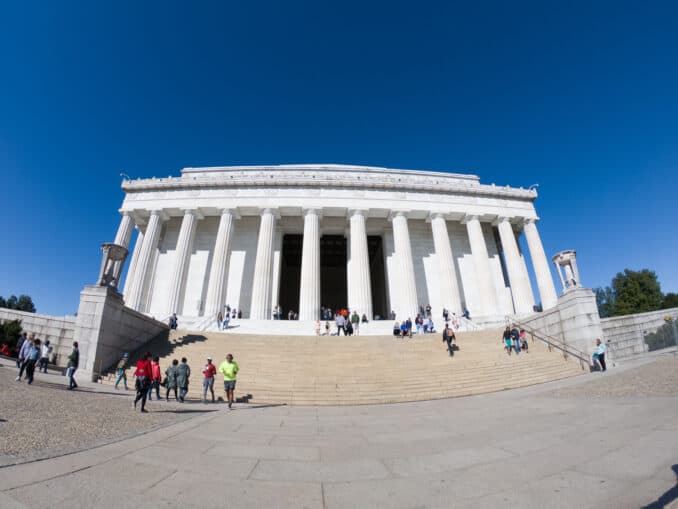 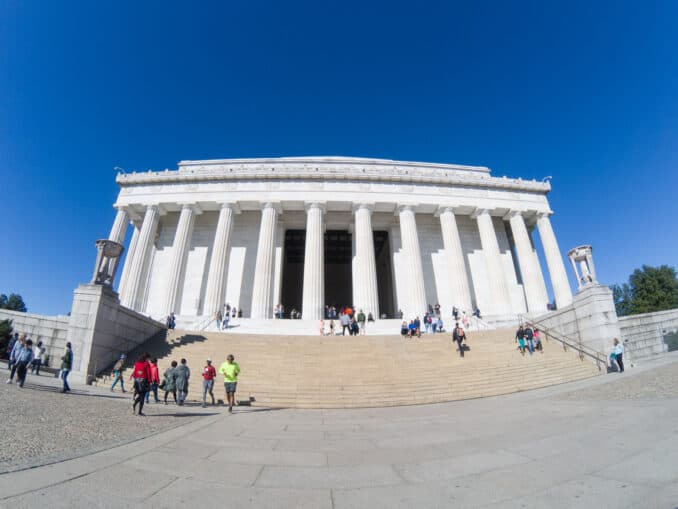 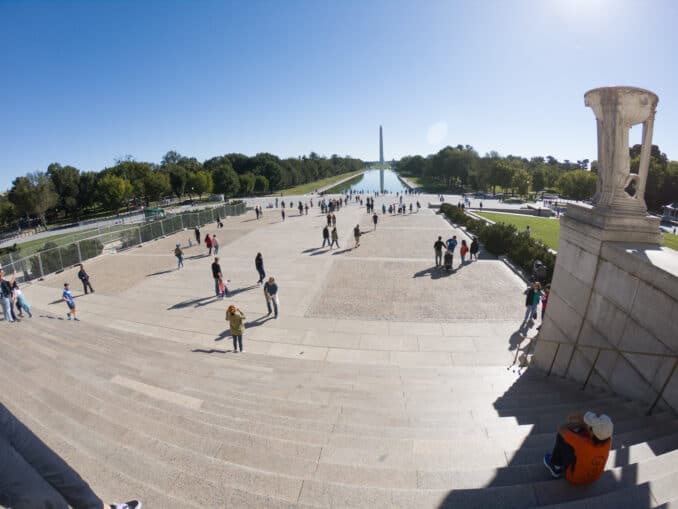 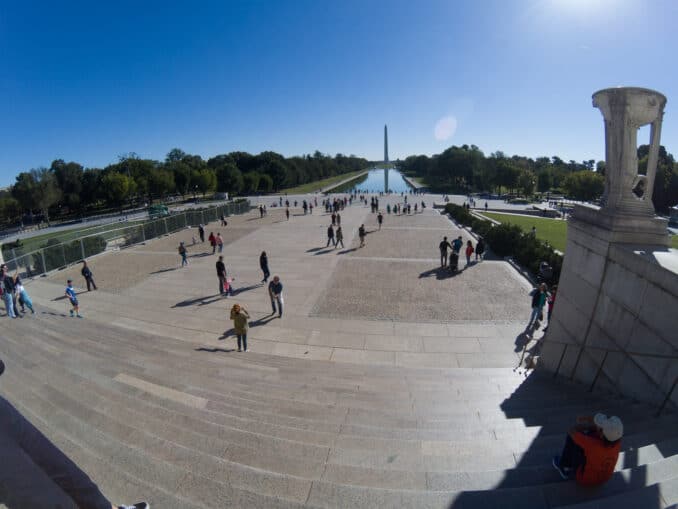 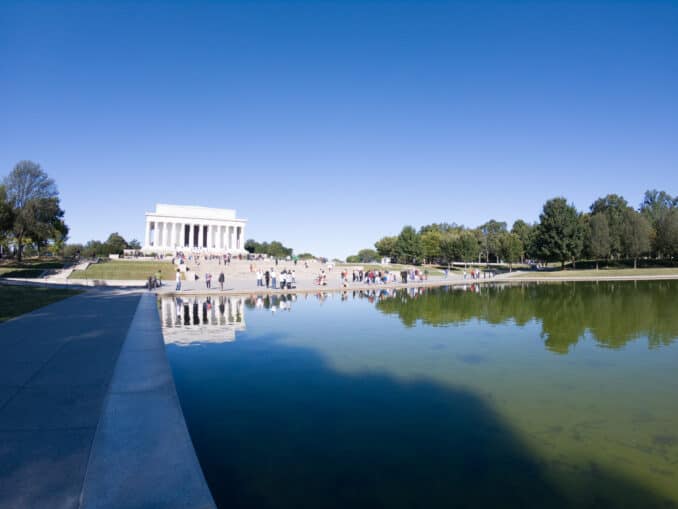 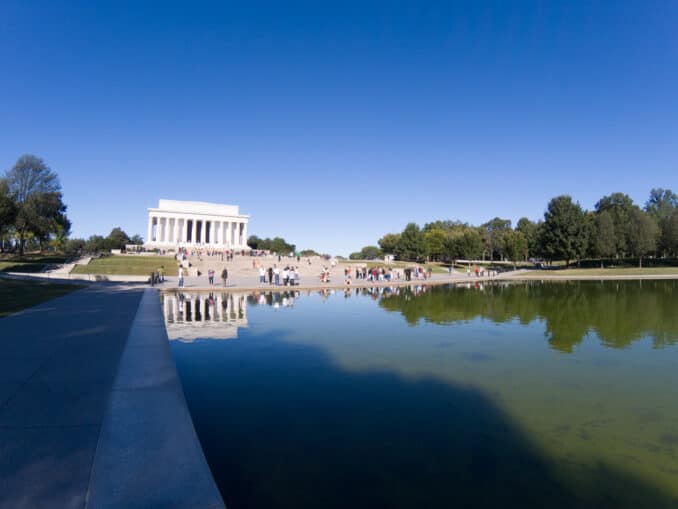 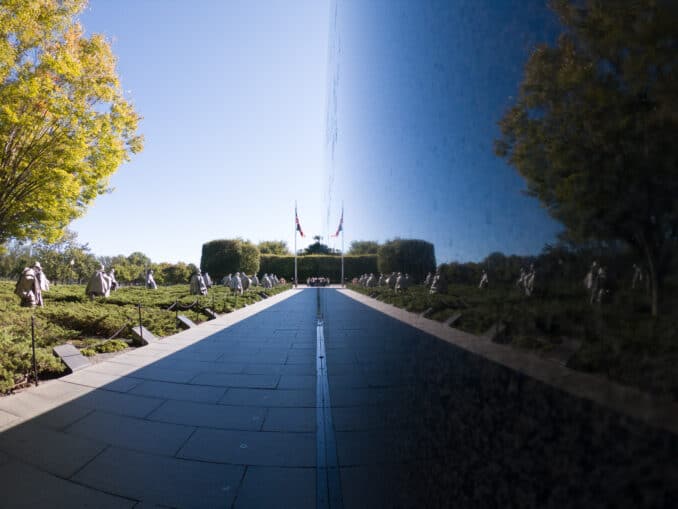 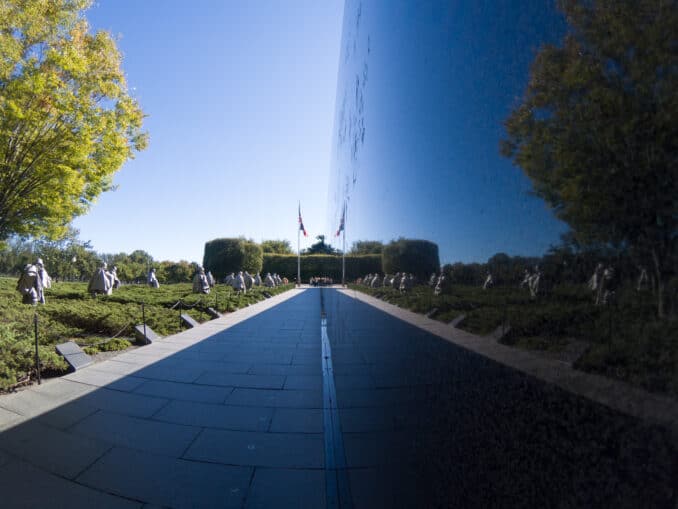 The size of the photos is the same between the two models. They both create 12MP photos that measure 4000 pixels by 3000 pixels.

In many of GoPro’s previous models, you had the option of creating smaller images of, say 7 MP. The main reason for doing that is to save on space on the memory card, which mostly comes into play with things like burst mode and timelapse.

The HERO6 Black has done away with that option. The images are now 12MP, with no option to choose a smaller size.

The HERO6 Black has a new Zoom function in the photo mode. But it’s less useful than it sounds. It’s not an optical zoom. That is, the zooming isn’t something that’s done by the lens. Instead, it’s a digital zoom that’s functionally equivalent to cropping. The images still come out at 4000 x 3000 pixels, but there’s no more detail than you’d get by standard cropping. 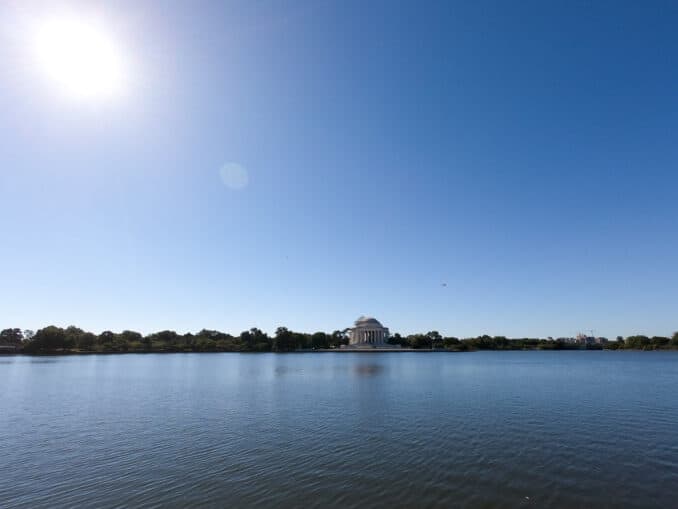 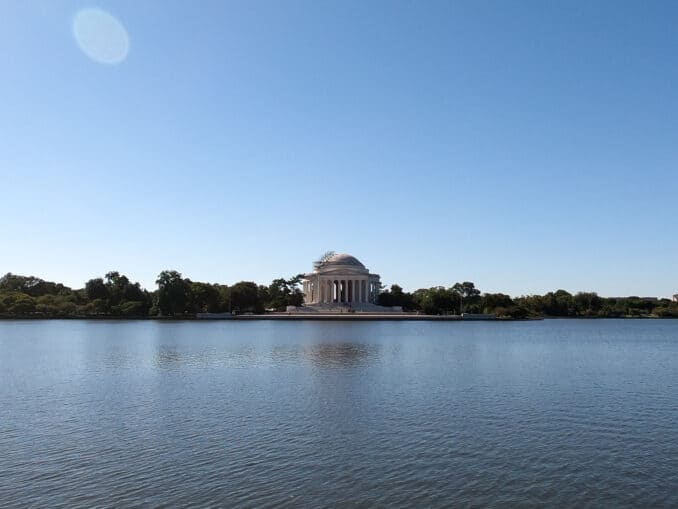 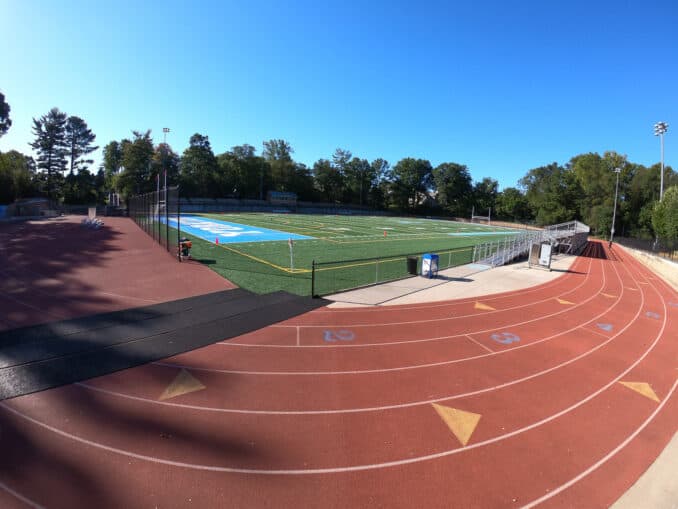 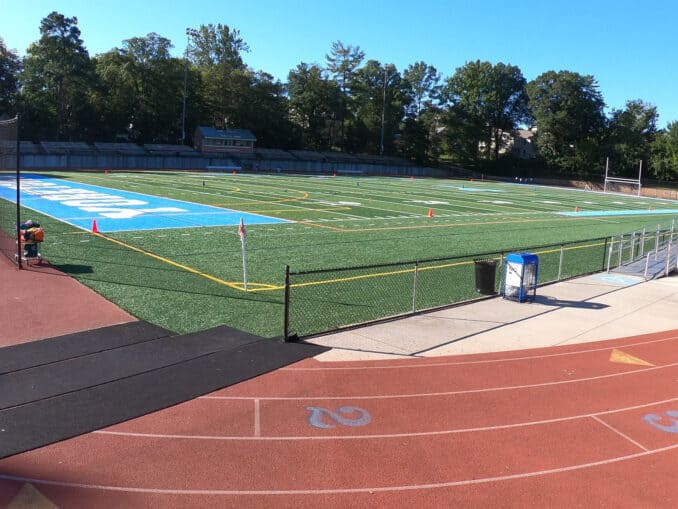 Frankly, I’m not convinced this is a useful feature. It amounts to a new way to do what was the Narrow FOV on the HERO5 Black, a setting that has been removed in the new model. The zoom makes more sense in the video mode where it’s less trivial to do cropping and trimming.

GoPros are known for their super-wide fisheye look. But the HERO5 models added a new Linear FOV that reduces the lens distortion–those curved horizons and slanted angles. It’s a view that’s especially useful when shooting aerial shots from drones.

The HERO6 Black still has the Linear FOV, but they’ve done away with the Medium and Narrow FOV options. So you can choose the default Wide FOV or the Linear FOV. If you find you miss the Narrow FOV, take a look at the new zoom option (see above), which accomplishes much the same thing.

The Protune options are mostly identical. You can still do things like set exposure compensation (plus or minus up to 2 stops), select a color mode, limit the automatic ISO range, and choose how aggressively to apply sharpening.

A minor difference is that you can now choose up to ISO 3200 rather than being limited to ISO 1600.

The HERO5 Black introduced a new photo mode to recover detail from shadows and highlights, called WDR for wide dynamic range. The HERO6 Black takes that a step further by replacing WDR with a more traditionally named HDR, or high dynamic range.

The HDR mode is quite a bit more aggressive than WDR and recovers more detail in shadows and highlights. But while the results don’t get as garish as some HDR photography notoriously can, it’s still not going to be to everyone’s taste, especially the extra saturation it can introduce. Then again, the odd color shifts of the WDR mode have never been to my taste either.

When using HDR (and WDR, for that matter), you’re limited to producing JPG files; RAW doesn’t work in these modes and will be automatically disabled when you turn on HDR. That’s because it’s creating a composite image in camera.

Here are some examples comparing HDR photos shot with a HERO6 Black side-by-side with ones taken in WDR mode with a HERO5 Black. 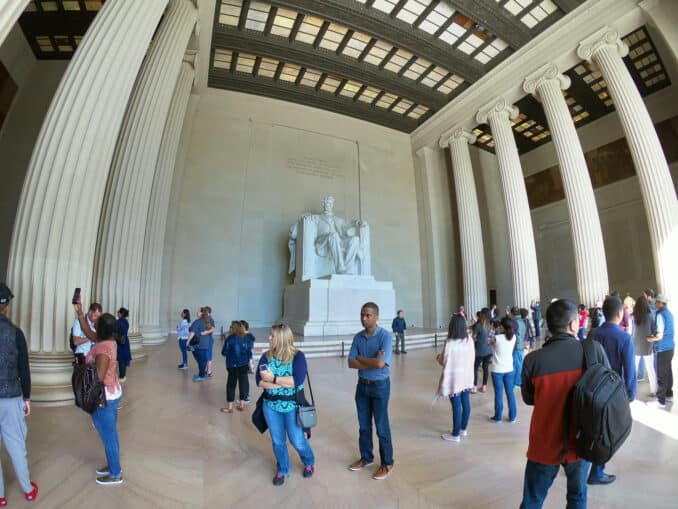 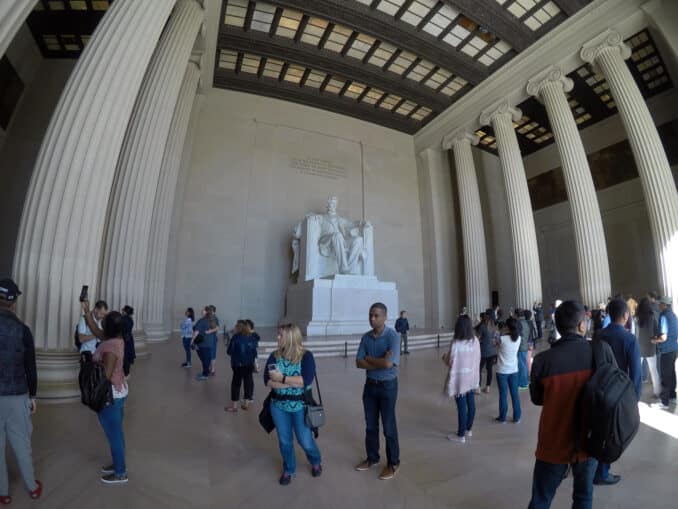 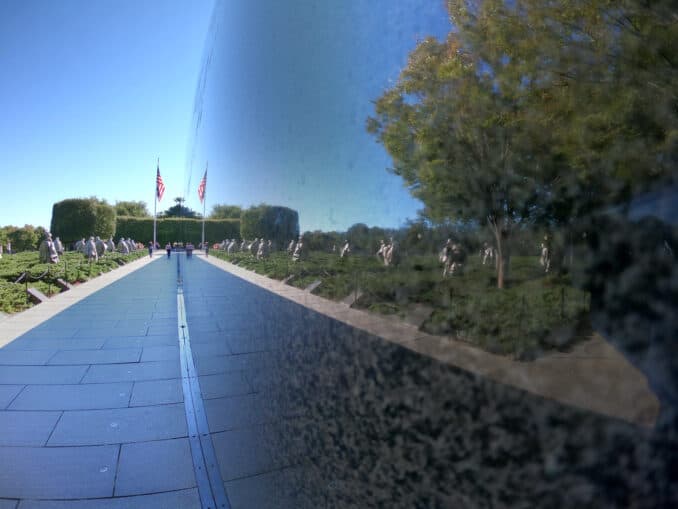 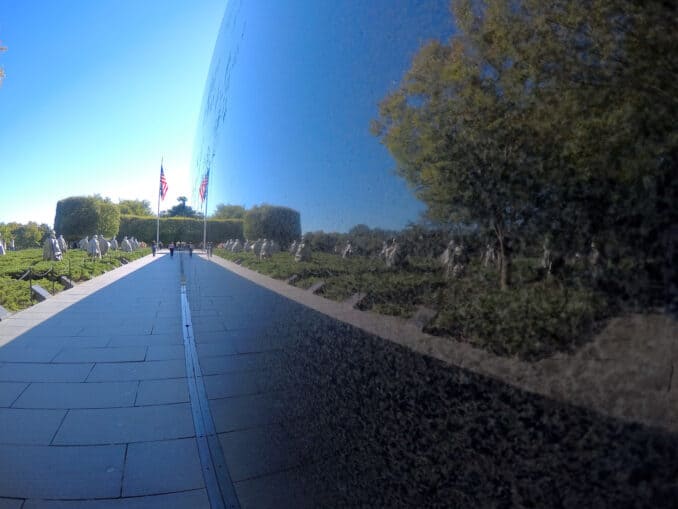 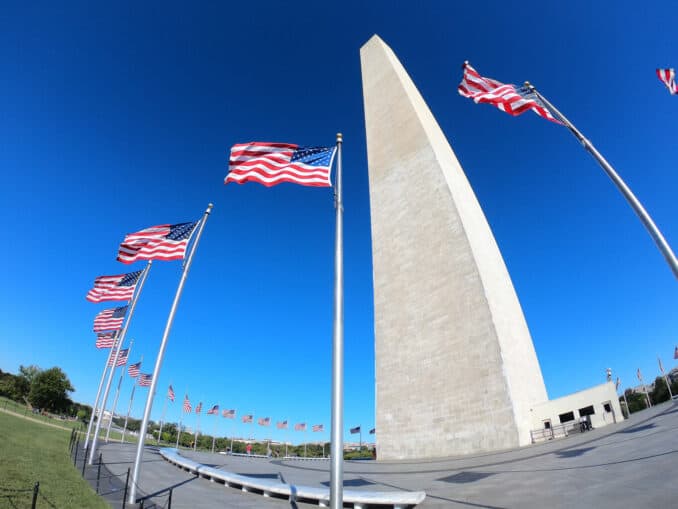 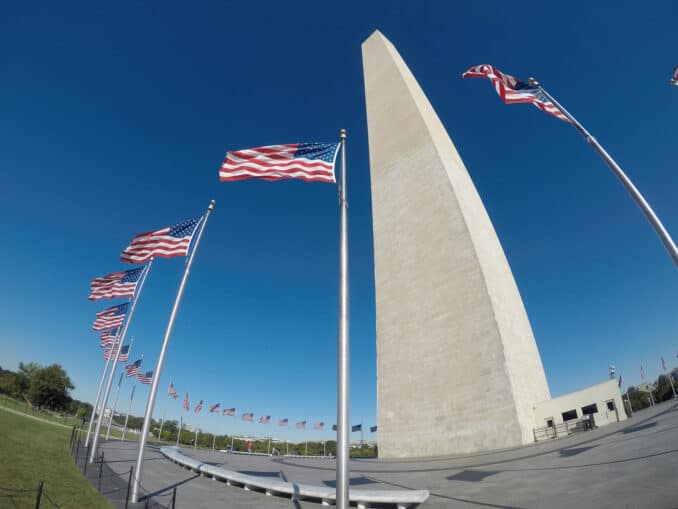 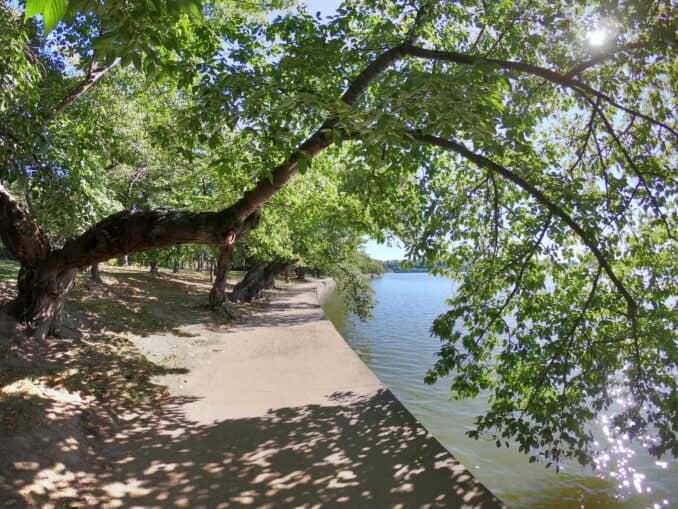 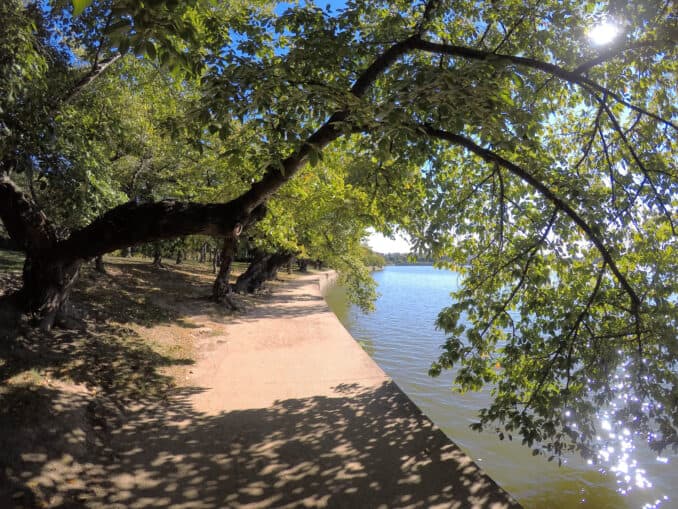 The HERO6 Black extends the ISO range up to 3200 (from 1600 in the HERO5 Black). The image quality is still a bit mediocre at high ISOs. A big part of the problem is that these cameras use very small sensors. High-ISO shooting is probably also not the core target use for GoPro users, so the development team are likely focusing their efforts elsewhere. 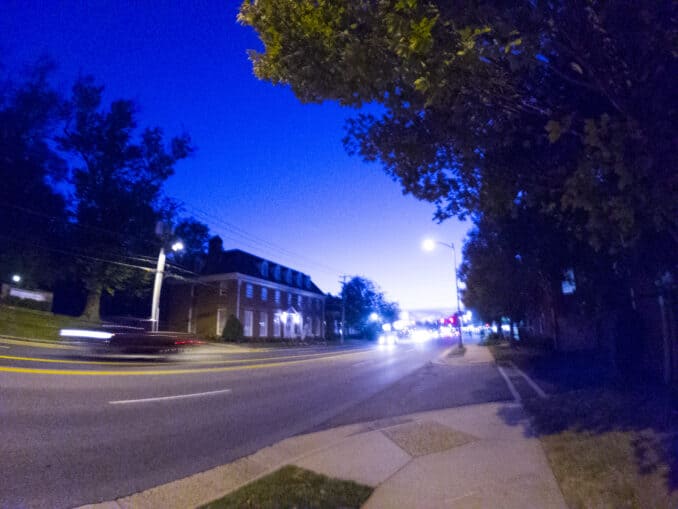 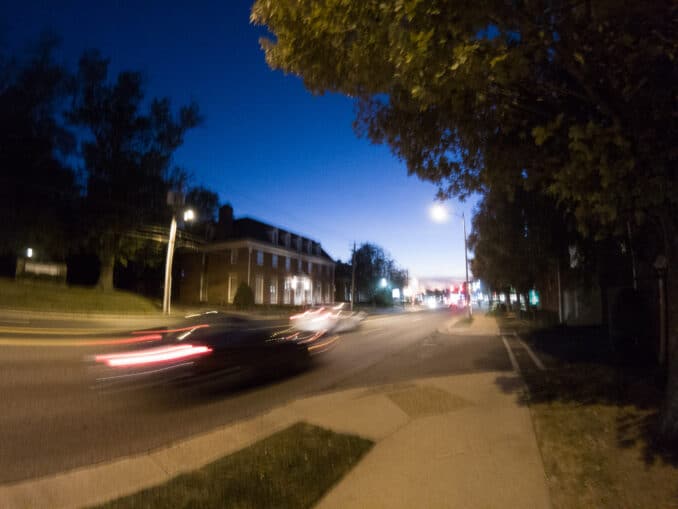 The burst modes between the models are mostly identical. There’s one exception, however: the HERO6 Black adds a new Burst Mode: Auto mode. The instruction manual doesn’t explain very well what this does. It’s a 30 images in 1 second mode that falls back to fewer images if it needs a slower shutter speed to properly expose the images. I’ve written up a fuller explanation and posted some examples separately.

Is the Photo Image Quality of the HERO6 Black Better than the HERO5 Black?

Yes, although the differences aren’t huge.

Overall, the image quality of photos with the HERO6 Black show improvements in several respects over the HERO5 Black. The improvements are subtle, and if you look at the photos apart, it’s hard to spot much difference. But when you put them side by side, it’s easier to see that while the improvements are relatively subtle, they do amount to significant improvements nonetheless.