How to Find a GoPro’s MAC Network Address 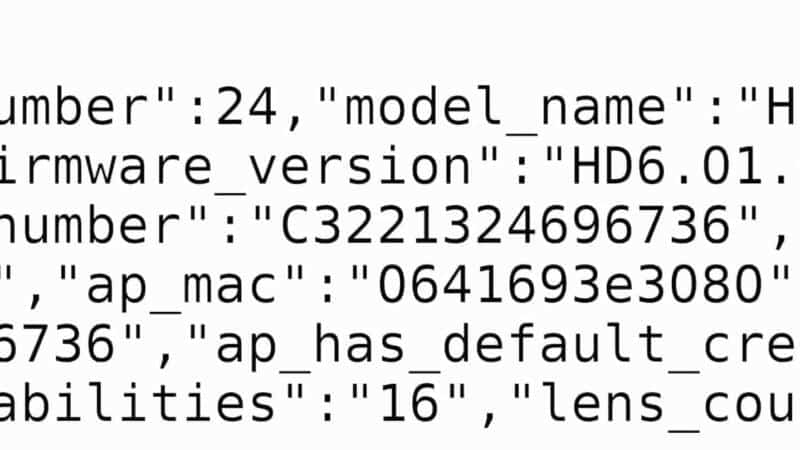 But first, some clarification. The MAC address isn’t anything to do with Apple Mac computers. And it’s not the same network ID that you use for a regular wifi connection.

A MAC address stands for “media access control address,” and it’s a unique hardware identifying code that’s used for a device’s network interface. Every network interface card has one, but most of the time, you never see it or need to know it.

It ensures that every device on a network is seen as unique, with no stumbling over each other or mistaken identity. And for some rather technical network operations, you might need to specify the MAC address to be able to identify which device is which on the network. But if this isn’t making much sense to you, chances are you probably don’t need to find the MAC address of your GoPro.

The MAC address also isn’t the same thing that you use for a regular wifi connection. If you’re looking for the wifi network ID or wifi password of your GoPro, I have a separate guide on that here. If you need the MAC, it will be called the MAC, not the network ID.

So, if you do need it for some reason, here’s a quick guide to finding your GoPro’s MAC network address.

There are two methods. One can be done remotely over a wireless connection. The other needs access to the GoPro’s microSD card.

The GoPro’s MAC address is stored in a text file on the microSD card. For this text to be written, the camera must have either formatted the card or have written data to it. If it’s a fresh SD card straight out of the box, you’ll need to format the card in the camera first.

Mount the microSD card on your computer. There’s a couple of ways to do this:

Find the version.txt file. It’s under:

The MAC address is the one under the wifi mac field.

See below on how to convert that 12-digit hexadecimal string to a more conventional MAC address format.

Turn on the GoPro’s wireless connection using the usual procedure. The precise process varies by model.

Using a laptop or desktop, connect to your GoPro via wifi using the wifi SSID and password provided on your camera.

Depending on the camera model, the procedure for this varies. On some models, like the newer HERO5 and HERO6 models, it’s generated by the camera. On older models, you can choose your own password. The ins and outs of this are outside the scope of this post–and, frankly, if you’re looking for the camera’s MAC address, it’s unlikely you need help with the wifi password–but you can find guides for the various models here.

Once you’re connected, open a browser on your computer and enter this URL in the browser address bar:

You should then get a white screen with some code that looks something like this:

To convert the 12-digit hexadecimal string to a more conventional MAC address format,   break out each pair of digits.

I haven’t been able to get method #2 to work when connecting to the GoPro with a smartphone–only with a computer.

I haven’t tested this method with every GoPro model, and obviously, it’s not going to work for the models that don’t have wifi capabilities.

How to Find a GoPro’s MAC Network Address