Sony’s new RX1R II marks the very high end of pocketable cameras. It has a 42-megapixel full-frame sensor, a fixed f/2 Zeiss lens, and boatloads of features. It also has a price to match. 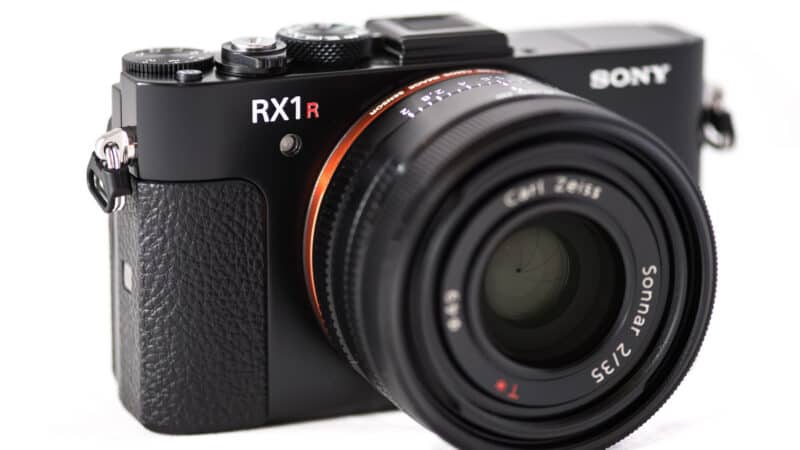 Sony has released their new Cyber-Shot RX1R II model. It’s a small, pocketable body with a fixed lens. Broadly speaking, it’s a bit like a hybrid of a point-and-shoot, a mirrorless camera, and a high-end DSLR, taking elements from each of those classes of cameras.

On paper, it has very impressive specs. A full-frame CMOS sensor that produces 42MP images. A fixed 35mm f/2.0 Carl Zeiss lens. It’s brimming with features and technologies–too many to list here. And it’s all wrapped up in a package that can fit in a coat pocket.

But here’s the kicker: it’s priced at $3900. That’s a number that’s hard to ignore, and it’s impossible not to judge a compact camera in that price range–or any camera, for that matter–without very high expectations.

I’ve been shooting with it for a month or so. The camera is loaded with specs on paper—far too many for me to review every feature here—but here’s how it performed in real-world shooting. And if you’re looking for high-resolution sample images shot with this camera, I have some here.

Size and Portability. One of the defining features of this camera is its size. For such a small package it includes some really impressive capabilities.

That said, it’s significantly larger than the average point-and-shoot size mostly because of the size of the lens. The whole thing fit in my coat’s pockets but is too big for something like trouser pockets, for example.

It weighs 1.12 pounds (507 grams). It feels solid in the hand–heavier than you expect thanks to the alloy body and glass in the lens.

Buttons and Controls. Taking a cue from many of the other retro-styled cameras that have hit the market in recent years, it has old-style dials on top to select the exposure mode. And the shutter button is even a threaded type used for mechanical shutter release cables.

The other buttons and dials elsewhere on the camera are pretty standard. A few are programmable. A rotating dial on the back is the primary means of navigating the menus on the screen.

LCD Screen. The back screen is bright and responsive. But, surprisingly, it’s not a touch screen.

It also tilts, which can come in very handy when shooting from below eye level.

Viewfinder. It has a built-in viewfinder that pops up from the left side and folds down into the camera’s body when not in use. In general, I prefer using a viewfinder rather than a back screen live view, but I have a strong preference for optical viewfinders. The digital one that this one uses does have some impressive overlay tools and was bright, but ultimately I preferred not using it. The digital view it projects just isn’t to much liking, and I found myself using the back screen for live view.

You can find some sample images here.

It has a 42.4 megapixel full-frame CMOS sensor with a variable low-pass filter. The lens is a 35mm f/2 Carl Zeiss lens. It all amounts to superb image quality of the kind you expect from a high-end DSLR.

Sony image sensors are among the best in the business, and the one they’ve put in this camera is among their very best.

It shows. There’s really not much I can fault in terms of image quality. The combination of sensor and lens works very well indeed in a wide range of lighting conditions.

I also found the autofocus to be unusually good, even with tracking fast-moving subjects.

Image Sizes & Formats. The default size for still images is the maximum 42 megapixels, which produces images that are 7952 by 5304 pixels. In the RAW format, Sony’s .arw format, they come out at roughly 86 megabytes per size.

At that rate you can fill up memory cards very quickly, so you can also dial down the image size, with a bunch of steps down to a 7.1 megapixel size.

You can shoot RAW or RAW + JPEG, with a choice of quality settings for the JPEGs in the RAW + JPEG option.

In practice, I found the images up through at least ISO 25,600 to be extraordinarily good. Even at ISO 3200 there’s really no noticeable noise to speak of. If you really push things up to the upper limit, there’s certainly noise and the color and tone fidelity drops off quite a lot, but if it’s the difference between getting a shot or not, even the images at 102,400 are very serviceable.

Overall, there’s good reason that Sony is top of the heap at the moment when it comes to sensors, and this camera makes excellent use of that expertise.

The lens has a macro switch on the front of the lens. The minimum focus with the macro setting is 7.9 inches (20 cm).

I’m of two minds about the way the macro is switched on and off with this. On the one hand, having it on the lens is easy to see if you’re looking down at the camera. There’s also an indicator on the LCD screen when it’s on. On the other hand, I found that it was two easy to accidentally move it, especially with the aperture dial being not far away on the lens. And if you have the macro enabled and try to take a regular-distance photo you’ll end up with a very blurry image. Overall, it’s easy enough to get used to after some use, but even after shooting with it for a while I still sometimes go to take a shot only to see a blurry image in the Live View.

This camera is very much geared to still photos, but it does have video capabilities. The highest-resolution video setting is 1080p60.

In general, the video capabilities are pretty rudimentary. It certainly doesn’t rival something like the Panasonic Lumix GH4 in terms of video. But in a nice touch, you can also choose to record both a high-quality XAVC-format video at the same time as an MP4. The latter is far more convenience if you want to share the video quickly without running it through video editing software.

As impressive as it is, there are some things that could be improved. Here are some of the ones I ran into.

If you’re processing the camera’s RAW images in Lightroom, you might want to change the profile setting under Camera Calibration. Lightroom defaults to the Adobe Standard profile, but that doesn’t work especially well with the Sony’s RAW files. The colors are a bit washed out and the tones cool. The Camera Standard profile is a much better starting point and will more closely match the look you get on the camera’s own screen.

You can find a digital version of the Sony RX1R II instruction manual here [PDF].

You’ll see this camera referred to with a couple of different model numbers, even by Sony themselves. Sometimes it’s the Sony RX1R II; other times, including in the EXIF data, it’s the Sony DSC-RX1RM2. You’ll also sometimes see it referred to as the Sony Cyber-Shot DSC-RX1R II. They all refer to the same camera. On the camera itself, it has RX1R without the “II.”

There’s no question this camera produces the best quality images of any pocket-sized camera I’ve used. In fact, it’s better than many larger cameras. With a few qualifications, the handling and performance is also excellent.

But is a small camera with a fixed lens and no zoom worth nearly $4000? For many users, probably not. After all, for that money you can get something like a Nikon D810 paired with one or more excellent lenses, or even a Canon EOS 5D Mark IV. But those are indisputably bigger, heavier, and more cumbersome. The Sony RX1R II, on the other hand, fits in a pocket or a handbag, making it highly portable as well as discreet.

Clearly, there are photographers who aren’t going to be put off by the price tag, and while I wouldn’t expect the RX1R II to be flying off the shelves by the crate-load, I would expect that any of its new owners are going to really enjoy shooting with it. If you can get past the price, the Sony RX1R II is a gem of a camera.