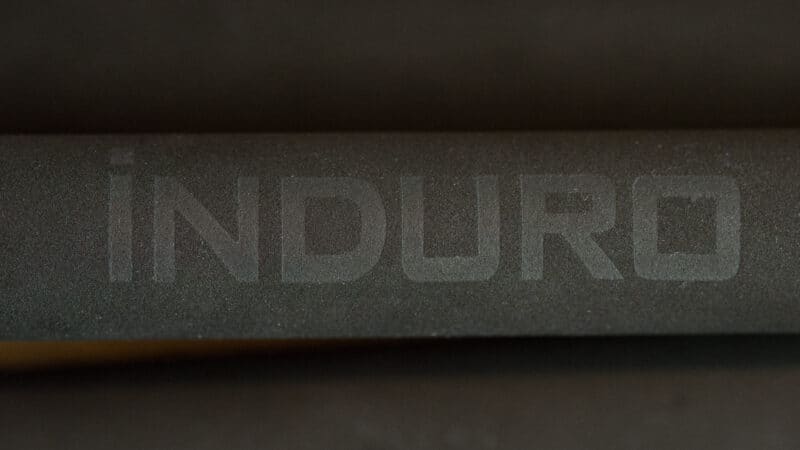 This is another in my series of reviews of travel tripods. You can find the other reviews here.

Induro is a relative newcomer to the tripod game. They only do tripods and video and camera supports and don’t get distracted by all the other accessories. They make strong, reliable mid-range tripods.

I regularly use one of their heavy-duty 4-series tripods, and it has always performed well for me, without fuss, and, most important, without any shake even with big lenses. But it’s heavy and big and most certainly not a travel tripod (although I’ve lugged it on carry-on a number of times).

But what about their smaller travel tripods? I put the Induro Grand Turismo CGT114 through its paces.

It’s a four-section carbon fiber travel tripod that weighs only 3.5 lbs and folds down to 17.3″. 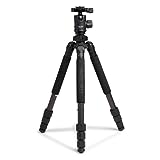 This is the smallest and lightest of Induro’s Grand Turismo series. Its bigger brother, the CGT214, is slightly taller and slightly heavier, but also has a larger maximum load capacity. It’s also more expensive. Both models are available with and without a head. I tested the version that includes the ballhead.

Like most of the current generation of travel tripods, the Induro Grand Turismo uses the system pioneered by Gitzo where the legs fold back on themselves. It makes the whole package much more compact than was previously possible.

The legs have three angles they can be locked at, ranging from a regular tall tripod stance to a basically flat stance that provides a very wide and stable base that’s low to the ground. If you need to get even lower, the center column can be removed as well and replaced with a short column. You can also invert the center column so that the camera hangs down between the legs, a very useful feature for macro shots in the field, like shooting wildflowers. And in a nice surprise, the kit comes with a short center column included, which makes it easier to get down low. In most tripods, that’s an optional extra. Buying the Induro’s short column separately will set you back about $44.

The angle locks aren’t spring-loaded–you have to manually push in the lock. But once in place, they’re secure. I prefer spring-loaded ones like the ones Gitzo uses in part because they make locking and releasing is easier to do with one hand, but the ones here work well enough. With the Induro, you release the lock by pulling out the mechanism and then folding the leg.

The legs extend in four sections with rotating twist locks. The locks are rubberized and offer good grip. But if Induro’s engineers are looking to shave a few precious ounces off the next model, the rubber grips might be a good place to start. They’re more substantial than they need to be.

All three legs are wrapped with foam protectors.

The feet can be removed. And in a nice touch, a set of metal spikes is included. They’re especially useful for shooting on ice or other surfaces where a sharp point will keep it still better than rubber feet.

The head is an Induro BHM1 ballhead. It has two positioning dials, one for lateral rotation and another that locks the ball itself. While the ball doesn’t move as smoothly as some high end ballheads like those from Really Right Stuff, it works well and is more than adequate for general use. It locks securely and easily with a single tension knob.

The base of the head also includes markings for degree rotations, which could come in handy for panoramas (though it’s not a dedicated panoramic head, which is even better suited).

It comes with an Arca Swiss-style quick-release plate with dual safety catches (you can remove one if you only want it working in one direction).

The kit comes with a travel case. And it’s a very nice case–well padded and with an outside pocket. The extra padding adds some bulk, but you can’t have everything.

A small toolkit is included for making adjustments. It includes allen keys, a wrench, and steel spikes for the feet. The toolkit case itself is nicely done and would come in handy for all sorts of other accessories.

Induro has made a very good tripod here. Its closest mid-range competitors are the MeFOTO Globetrotter and Benro Travel Angel II. On the higher end are some by Gitzo and Really Right Stuff.

The Induro is a shade lighter than the MeFOTO (3.5 lbs vs 3.7 lbs), but the same weight as the Benro. It has a slightly heavier max load capacity than either of the others (32 lbs (Induro) vs (30.8 lbs (Benro) and 26.5 lbs (MeFOTO). Fully folded down, it’s a touch shorter than the Benro but notably longer than the MeFOTO.

But the real kicker is price, which is where the MeFOTO really stands out. The Induro has a street price of $490. The MeFOTO has a street price of $369, and the Benro for $419. That begs the question of whether it’s $120 (or nearly 30 percent) better. Depending on what part of the world you’re traveling in, that $120 can go a long way on something else. That said, if a short center column is important to you, the inclusion in the Induro kit certainly adds to the value–with the others you’d have to buy it as an optional extra.

Overall, there’s not much to quibble with. It’s a very good tripod, well-appointed, strong, and stable. Price-wise, it’s in the middle of the pack, but the inclusion of several extras makes it good value.