The Varavon Baby T3 Mini Tripod is short, but that small stature comes with its virtues as a travel tripod. 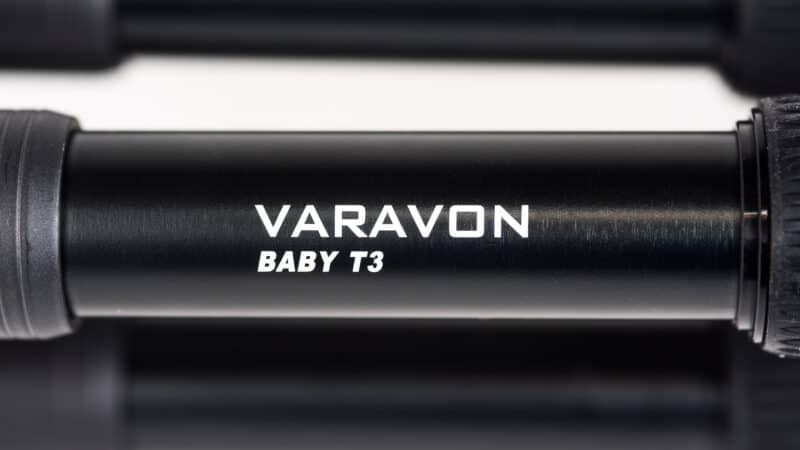 The Varavon Baby T3 tripod is a lot shorter than most of the travel tripods I’ve reviewed so far. In fact, even fully extended, it’s barely going to get to knee level, let alone eye level. It’s more of a tabletop tripod, really, but that doesn’t mean that it’s only good for the studio.

It does, of course, also mean that you’ll have to get creative about angles and perspectives. You might need to find a ledge nearby, or you might need to incorporate a low perspective into the composition. Because there’s no way that you’re going to be shooting over the top of very much at all without some help.

The Varavon Baby T3 is rated for a maximum payload of 17.6 pounds, and even fully extended, it remains remarkably solid, with none of the noticeable flexing you get in the legs of many other lightweight tripods. One thing to bear in mind, though, is that in its regular tripod stance, the base area isn’t very large, so you won’t want to be putting heavy, long lenses on this–or at least not ones that aren’t well balanced. The tipping point is going to be much closer in. One way around this is to splay the legs wide, although it means you’re going to be shooting next to the ground.

The legs are in three sections. The locking mechanisms are rotating locks. They work smoothly and lock tight.

At the top of the legs are step locks that let you lock the legs in place at various angles ranging from a typical tripod stance to splayed wide to be nearly flat with the ground.

The rubber feet screw off, so you can replace them with spikes or whatever other base contraption you whip up in the workshop.

The head is a simple ball head style. It’s fused to the legs with no way to remove it and replace it with your own. The locking mechanism is a single lever knob on the side, and it’s flimsier than I’d like. On top of the plate is a spirit level.

You can actually remove the plate, although it’s not clear what purpose that serves. You’re probably not going to be able to switch it out for a third-party quick-release plate because of the ridged attachment system they’ve used. So any plate with a traditional flat surface isn’t going to get a secure grip.

The package is small and light. And it feels remarkably substantial despite its size–not flimsy at all. Some tabletop tripods are scaled-down in strength as well as height, and they can end up being quite flimsy. This one is more like a sawn-off version of a regular tripod, and it benefits from that extra sturdiness.

Assuming its short stature is a virtue in your eyes, my biggest complaint about this tripod is the head. The ball head is only so-so at best. You can’t remove it to replace it with something better. And while it’s possible to add a quick-release plate, it’s still a somewhat cobbled-together solution because you’re piling one plate on top of another.

It’s a shame, because if Varavon were to put out a model that’s legs-only on which you add your own tripod head, it would make for a very attractive option for me. And if they did that as well as made it out of carbon, they’d be on to a real winner.

But if you’re not planning on using quick release plates and are looking for something very small to pack and are willing to be creative about shooting perspectives, this is an interesting option to consider adding to your pack.

UPDATE: Since I originally posted this, the Varavon Baby T3 Mini Tripod has been discontinued.

There are plenty of lightweight alternatives available that are designed for smaller cameras and mobile devices.

There are also some higher-end and higher-specced alternatives such as the RRS Versa Ground Pod and the Induro Baby Grand. Both are worth checking out.