Here’s a collection of sample images I’ve taken with the Fujifilm X100V camera. 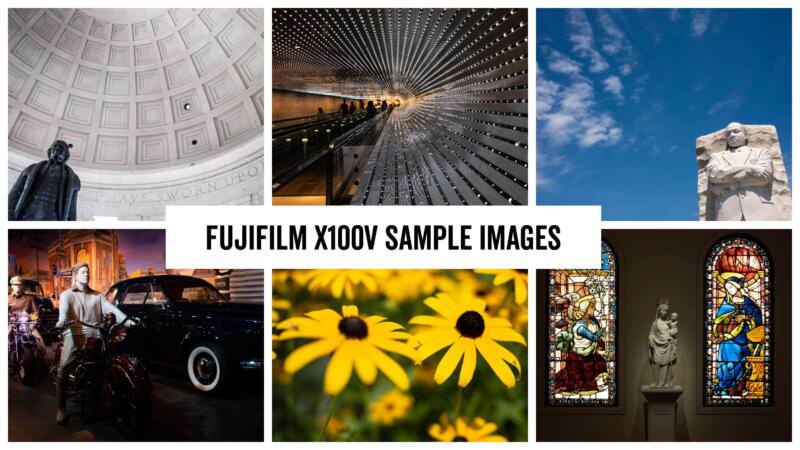 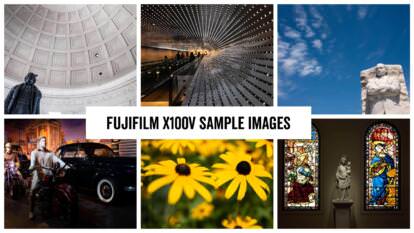 The Fujifilm X100V is a great little camera, and it’s one I’ve particularly enjoyed shooting with. I also shoot with both the Ricoh GR III and the Sony RX100 VII. They’re all quite different cameras, but the thing they have in common is that they’re all excellent choices as small, go-anywhere cameras that are great for travel photography, general everyday photography, and, especially street photography.

Of those three cameras, the X100V is the most traditional. Its design and aesthetic is old-school. It definitely reminds me of my old Olympus OM-1 and Nikon FM, two cameras I have fond memories of using for several years when I was just starting photography.

The X100V has a 26-megapixel APS-C sensor that shoots photos that measure 6240 x 4160 pixels.1 It has a fixed Fujinon 23mm ƒ/2 lens. So the lens is quite fast, and the 23mm translates to an equivalent focal length of around 35mm on a full-frame sensor.

So here are some sample photos I’ve taken with the Fujifilm X100V. I would have loved to get the camera out and about more and have a wider variety of shots, but that just hasn’t been feasible lately. And when I was out shooting, I was primarily shooting with black and white in mind–something I’ve been increasingly getting back into.

But I’ve tried to include here a variety of lighting conditions and settings here in the hope that this collection will still be useful to someone for some real-world examples of the photos that come out of the camera. These were all originally shot in RAW and have been lightly processed in Lightroom. I’ve not applied any corrections to these beyond the usual defaults in Lightroom.

I’ve previously posted some sample photos I took with the Fujifilm X100T.

And you can find many more great photos taken with the X100V by talented photographers all over the world under the #x100v hashtag on Instagram.