Here’s a selection of images I’ve shot at high ISOs with the Olympus OM-1 under real-world conditions to give a sense of how it performs in low-light conditions. 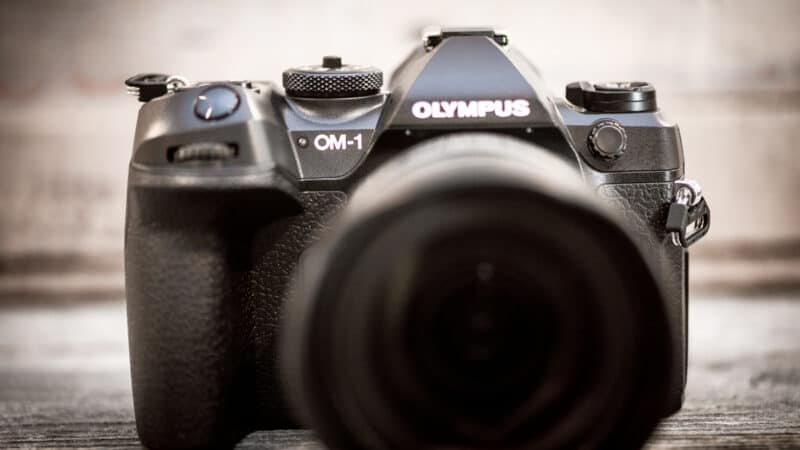 With the OM-1, Olympus is retiring the brand name on a high note (cameras and lenses will now be under the OM System brand). My first SLR was the original film version, so it’s a lineage I have a soft spot for.

There’s a lot to like about this new, digital version of the OM-1, and I’ve really enjoyed shooting with it. It’s small and very portable. It’s weatherproofed. It has an impressive set of features. And it’s fun to shoot with. It’s a great candidate if you’re looking for a high-quality camera to take with you on your travels.

But one of my core requirements for any camera I carry with me is how to performs in challenging lighting conditions. So I’ve been curious to test that out on the OM-1.

Overall, I’m quite impressed with the low-light performance of the OM-1. For a camera with a smaller sensor, it holds off image noise quite well. I’ve frankly been surprised how good its low-light performance is–it’s much better than I expected. Of course, every photographer is going to have a different set of preferences for when the image quality is too degraded, and it’s also going to vary from scene to scene and the use it’s being put to.

Precisely where the threshold between “normal” and “high” ISO is obviously a highly subjective judgment. For these purposes, I’m going to put it around ISO 3200 to ISO 6400.

I’m referring to this camera here as the Olympus OM-1, in part because it carries the Olympus name right there on the front of the camera. But it’s also referred to as the OM System OM-1. As a technical matter, the company that makes it is actually now known as OM System. The Olympus brand is now focused on medical and scientific products, and it seems likely that the OM-1 will be the last new camera to sport the name.

The full ISO range of the OM-1 when shooting photos is from 80 to 102400, but not all of that is the same. 1 What I mean by that is that digital cameras have a native ISO range, which refers to the natural sensitivity of the hardware (in this case, the sensor). And then many cameras, the OM-1 included, have an extended ISO range, which is where in-camera software adds a boost.

ISO 200 is the baseline of the OM-1, and it’s the setting that offers the best combination of minimum noise and maximum dynamic range. The lower settings–L100 and L80–are technically in the extended range.

The image quality often falls of a cliff once you get into the upper extended ISO range, and you can see that pretty clearly in the shots below once they get up around ISO 64000, ISO 80000, and ISO 102400. But having that extra headroom can still be useful in those shooting situations where getting the shot with poor image quality is better than not getting the shot at all.

On the OM-1, the threshold between the native and extended ISO ranges isn’t clearly delineated. But the default setting for the upper ISO when using automatic ISO is 25600, and that seems a likely point for the cutoff.

Images at High ISOs from the Olympus OM-1

At the top are some general images. Below that are some sequences of the same scene running from ISO 6400 up to ISO 102400.

These are mostly unedited; here’s some slight increase in the slider exposure on some of the display versions, but none of the originals at the links. Normally, I’d apply more post-processing to these, but since objective here is to look at the results straight out of camera, I’ve left these untouched. The display versions on this page are from the JPG versions, which have the camera’s own noise reduction applied. You can also download the original unedited version straight from the camera (both JPG and RAW).

For these, I’ve left the OM-1 on its default setting for noise reduction (Standard). But it’s possible to turn it off or choose a Low, Standard, or High setting by going to:

It’s also worth noting that I haven’t applied any external noise reduction to these, but there are some really good options for addressing that when editing the images. There are specialized image editing apps available that can do pretty remarkable things in cleaning up image noise at high ISOs (eg. DxO’s DeepPrime and Topaz Labs’ DeNoise AI are good places to start; and if you’re shooting RAW, DxO’s PureRAW works a bit differently and isn’t only focused on image noise, but it can yield impressive results). For those, I’d use RAW files rather than apply another layer of noise-reduction that’s already applied to the JPG images.

I’ve included the ISO used for each in its caption along with links to the original, straight-out-of-camera JPGs (with the camera’s default Standard Noise Filter applied) and RAW (.orf) files.

Here’s a set shot in sequence moving up through the ISO range. I shot these handheld, not with a tripod, so the alignment isn’t perfect (although it’s still pretty good).

Again, these were shot handheld, not with a tripod. So the alignment might be slightly off from shot to shot.

Price & Availability of the Olympus OM-1

These are the model numbers for the official accessories for the Olympus OM-1.